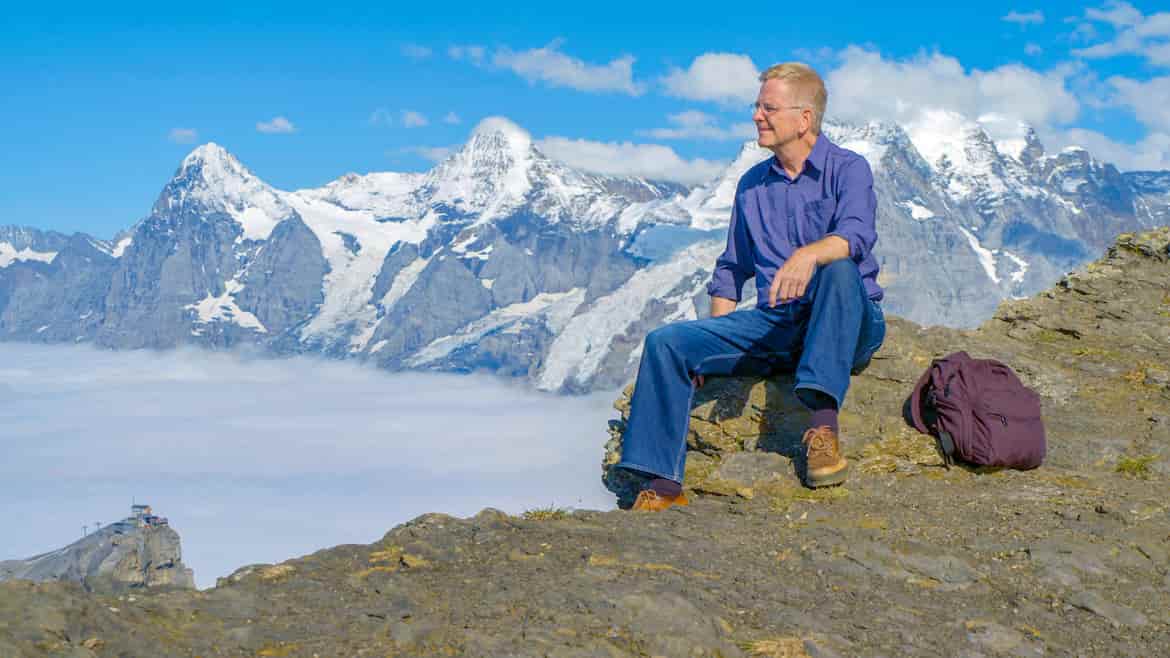 A partnership between American Public Television and PBS will dramatically expand the catalog of programs available for streaming on PBS Passport and the PBS Video app.

As of Sept. 1, a collection of some of APT’s most popular syndicated series and specials became available on PBS’ digital platforms, giving station donors flexibility to stream programs that they could previously find only on linear broadcast schedules.

With lifestyle series such as America’s Test Kitchen and Rick Steves’ Europe Awaits, the enhanced collection of 400 programs from series and specials is the first installment of a phased release plan. APT is working to deliver nearly 3,000 programs from its content catalog to the Passport lineup over the next 18 months.

“When people see a show on television, they expect to stream it, but until now they haven’t been able to do that,” said Andy Trimlett, director of digital and on-air fundraising at PBS SoCal and KCET in Los Angeles. “We’re really excited to make that an option.”

Stations pay APT to license the programs for broadcast. For many titles, the license includes rights for on-demand viewing by their Passport members.

TV viewers increasingly want to watch programs on their own schedules, said APT President Cynthia Fenneman. “The well-worn phrase of ‘anytime, anywhere’ is what people really enjoy,” she said. “And most people realize that the pandemic really put an accelerant on people’s streaming content and television viewing.”

The coronavirus lockdowns of spring 2020 disrupted TV viewing habits, spurring a surge in streaming usage. Ongoing efforts by PBS and stations to add more content to Passport gained new urgency, according to executives who worked on the streaming partnership.

A PBS Audience Insight report presented during the PBS Annual Meeting in May highlighted the imperative of moving quickly. It projects that the proportion of all TV viewers watching nonlinear TV during prime time would surpass audiences of live TV in fall 2022.

Though public TV viewers and donors have been slower to embrace digital streaming, recognition is growing that public television’s sustainability depends on its attracting and retaining members who watch content on Passport.

“My personal feeling is that we are headed towards a place where more viewers are going to be watching us online on a preferred streaming platform,” said Jennifer Hinders, senior director of digital video strategy and operations at PBS.  “That inflection point may come in 2022; it may be a little bit later. I think it would be very hard to pinpoint an exact projection because the needle and the rules are changing so quickly.”

“Clearly we are in deep trouble as a system if we don’t dramatically expand our streaming,” said Jeff Regen, VP of membership marketing and development services at WETA in Washington, D.C.

Cooking shows are among the more popular APT series that are now available on Passport, including Christopher Kimball’s Milk Street Television, Simply Ming and Pati’s Mexican Table. These series strengthen and diversify Passport’s lineup in comparison to the foodie shows found on streaming platforms like Netflix, Regen said.

“It’s a huge expansion of some important genres where we as a PBS system can better compete with the new content coming in — and that includes cooking,” Regen said. “We can now argue that we have the best collection of on-demand cooking shows out there.” Regen is a co-founder of the Passport Station User Group, which works with PBS and other stakeholders to build streaming audiences and revenues for PBS’ streaming platforms.

APT’s collection also includes travel shows, such as Real Rail Adventures and Rick Steves’ Best of the Alps; historical programs; documentaries; and the Australian family drama and comedy series Packed to the Rafters.

“The content has enough diversity in terms of overall themes and the types of programming that are being presented that … it can bring in a different type of audience or perhaps keep audiences who are already there engaged, which I think is just as important as bringing in new audiences,” Hinders said.

Spike in demand for Passport

PBS has long recognized the need to offer more programs on Passport but faced two barriers to providing a deeper library: limited resources for strategizing, reviewing and promoting APT content; and the need to determine how to use PBS’ digital products to release the content to the system, according to Hinders.

The pandemic’s dramatic effect on television viewing habits was among the triggers that led to the APT partnership. “The pandemic shined a spotlight on streaming platforms because more people were home, they wanted to watch more content and they had time to watch more content,” Hinders said. “It accelerated digital trends by three to five years.”

Member stations had been lobbying PBS to add more content as Passport grew into a popular membership benefit and engine for fundraising growth. Early in the pandemic, station donors flocked to the streaming platform like never before.

“Our Passport numbers went crazy during COVID,” Trimlett said. “We saw daily, weekly, monthly averages that we had never seen before with Passport. People were stuck at home, and they wanted something to watch.”

APT and PBS began negotiating a deal to add the new content in January. During the talks, APT consulted with executives from 65 stations for input on the programs they wanted to add to Passport, Fenneman said.

While APT secured Passport rights for its programs, PBS worked with APT to enable its technology to handle bulk uploading of content and targeted distribution to stations and their viewers. Under the agreement, stations that acquire the programs from APT can add them to their Passport lineups.

“We’re not buying collections of content from APT to then give to local stations,” Hinders said. “What we’ve done is just help provide a technical solution and a marketing and promotion vehicle for this content. And the end user, at the end of the day, may or may not know the distinction between where their content is coming from. They just know it’s on a PBS platform and they enjoy it.”

APT charges each station based on the rate it pays for its APT Exchange service, Fenneman said. With the revenues, APT is creating three new staff positions to manage and promote the content and cover costs such as legal expenses.

Some station executives believe that the addition of APT’s programs will bring in so many new viewers that the service will eventually pay for itself. “I’m feeling very positive that it’s going to be a big draw for people to become members of our station,” said Ashley Rammelsberg, manager of multimedia services at New Mexico PBS. “This is content that our viewers have been wanting to start streaming for a while.”

Getting the word out

Now that the first batch of programs has been released for Passport viewing, stations are rolling out marketing and promotions to their members and viewers. APT and PBS both provided marketing tools for promotion in newsletters, through social media and on digital platforms.

Rammelsberg worked with APT and the Passport Station User Group to create a best-practices guide to launch and promote the content. The guide recommends using Curate, a PBS tool that allows stations to manage and customize content available through the PBS Video App and on PBS.org. The guide includes recommendations for customized messages on station websites and promotional channels such as emails, newsletters and viewers’ guides.

“If our viewers don’t know if this content exists, they won’t know to watch it,” Rammelsberg said. “The idea is to let the viewer know this content is now available.”

APT has scheduled quarterly releases of programs to be added to Passport through early 2023. Each of the seven releases will coincide with pledge drives that occur throughout the year. If Passport is to continue to attract new members, the content has to be continually refreshed with new programs, Hinders observed.

“The whole model of Passport is that’s it’s a digital video benefit,” she said. “For that to be successful, you really have to continue to add large drops of content. Everything has to feel fresh — constantly.”

Clarification: This article has been revised to clarify the functions of PBS Curate.