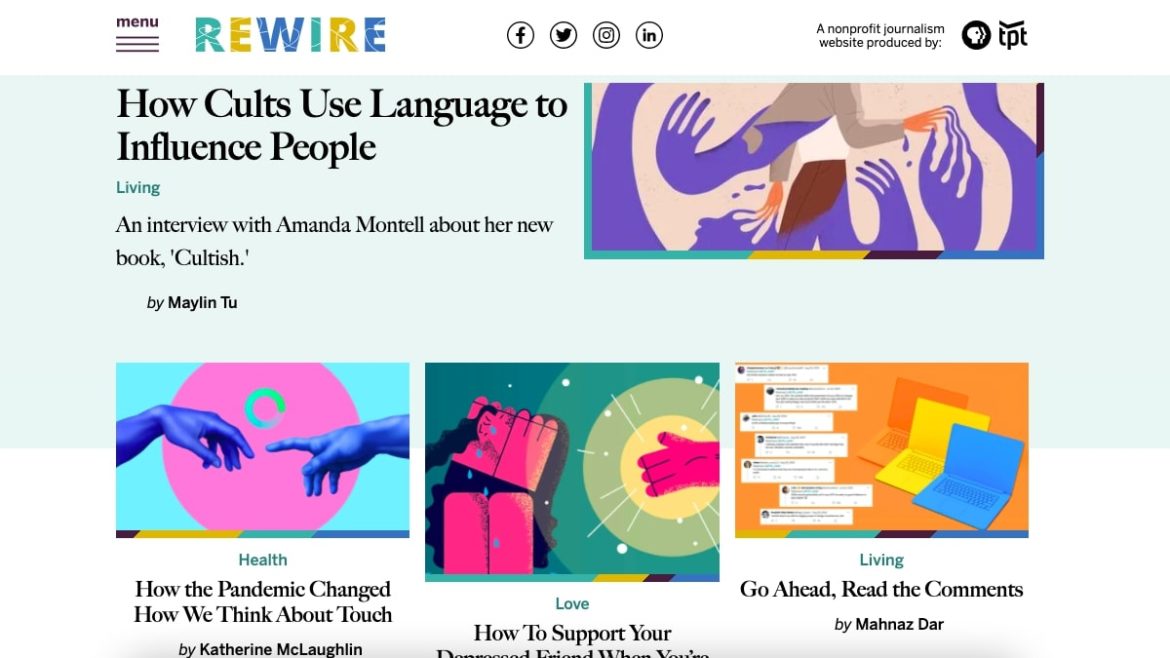 TPT in St. Paul, Minn., announced Thursday that Rewire, its website catering to 18- to 34-year-olds, will stop publishing by the end of August.

It will maintain the Rewire website through the end of the year, and content will be available for licensing, according to the station.

Rewire launched in 2013 as a project to engage younger audiences in Minnesota through events and digital and television productions. It relaunched in 2016 as an online publication.

The website has published more than 2,000 articles and reached 5.8 million users, according to TPT CCO Melissa Wright. It also worked with PBS Digital Studios to produce the web series America from Scratch, on hiatus after the host’s departure, and Sound Field, which covers music.

Wright told Current in a statement that Rewire’s audience had grown steadily since 2016 but that the pandemic eroded the gains, “a trend that has continued to date.” She added that the decision to sunset Rewire will allow TPT to focus resources on other content initiatives, especially video production.

“We are grateful for all the support we have received over the years from our Rewire.org readers, talented freelance writers, our funders, Board of Trustees, and especially, our dedicated and passionate Rewire.org team,” Wright said.

Five TPT employees worked on Rewire. Wright confirmed that one position was eliminated but did not name the employee.

Editor Gretchen Brown announced on Twitter Thursday that she was laid off, adding that she was proud of Rewire’s work and that the team was “never afraid to try something new, a quality sometimes rare within a legacy media org.”

Rewire will continue producing Sound Field with PBSDS, according to an announcement from Maribel Lopez, Rewire’s managing director and EP of Sound Field. Lopez also said Rewire will produce another video series premiering this fall for PBSDS’ PBS Voices.

TPT also operates Next Avenue, a website that focuses on older adults.