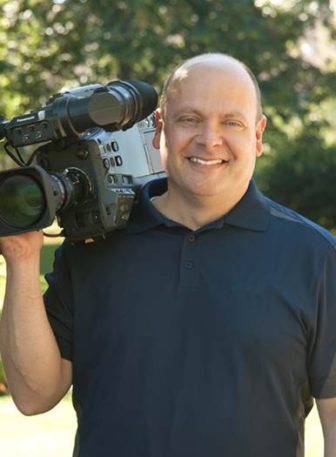 Long ago in a small market, I was reporting for an ABC affiliate. In addition to covering fires and murders, I asked my understanding news director to let me try also focusing, just once a week, on the people in our city and its history. The audience response was great, but I had no idea where to go from there.

Until Ken Burns’ The Civil War.

Then it occurred to me, “Maybe public television?” I never quite fit into commercial TV news, so I knew I needed an out. Thankfully, Don Freeman, program director at WNEO in Kent, Ohio, also thought that was a good idea. So I began a partnership with WNEO that let me tell stories about Akron’s role in punk music, a crazy Cleveland TV character named “Ghoulardi” and Amish life in rural Ohio. The partnership eventually took me to Trinidad to meet the inventors of steel drum music.

Now, years later, I find myself at WUCF in Orlando, Fla. But for me, nothing has changed from all those years ago, after watching Ken’s brilliant work. The president’s, king’s, and governor’s stories will always get plenty of coverage. But for me, public media has always been about the place where we live, the people who live there, and telling stories that demonstrate our mutual connections to each other and to our collective past.

In a media landscape that changes every minute, I am more convinced than ever that the value of serving people in our own backyards is our collective future. If I’m wrong — well, blame Ken.