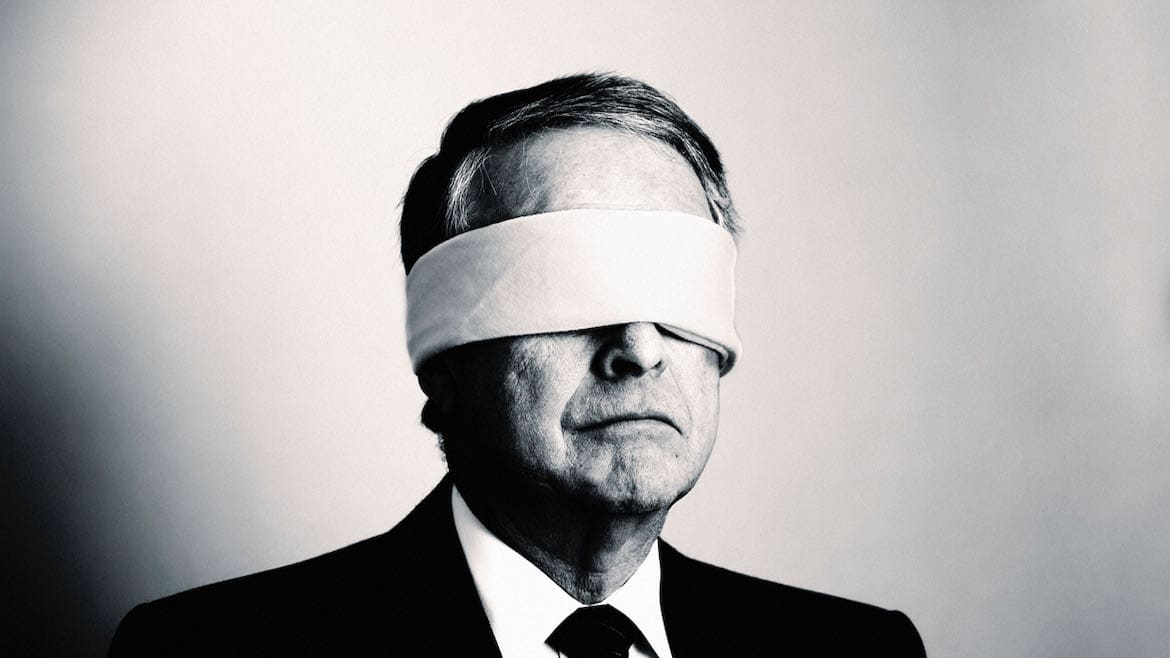 “The woke ones are the worst.”

“What do you mean?” I asked her. My friend’s comment brought me up short. I was talking to her about my efforts to bring antiracist reform to public media and told her I wasn’t interested in working with people who don’t believe public media has a problem with fairness and equity. She nodded in agreement.

“I think it’s easier to convince people that our industry has a racism problem than it is to convince the most progressive among us that they are part of that problem,” she answered. “Everyone is ready to fight racism but can’t see it looking back at them in the mirror.”

She had just articulated the most stubborn obstacle on the path to reform: well-meaning, well-intentioned folks who fight inequity whenever they see it but can’t see it when they’re involved. In research, there is a term for this group of people, those who sincerely want to be part of the solution but are unable to see the ways in which they support white supremacist systems: aversive racists.

In their book Blindspot, bias researchers Mahzarin Banaji and Anthony Greenwald explain that aversive racists are “White Americans who earnestly describe themselves as egalitarian but, nevertheless, display subtle forms of race discrimination.”

While it’s appropriate that we react with protest and outrage over blatantly discriminatory situations, keep in mind that small, more subtle forms of bias can do as much damage, if not more.

Mahzarin and Douglas believe that at least 40% of white Americans and Asian Americans fit the description of “aversive racist” and that “their differential behavior toward White and Black Americans can well be responsible for a substantial portion of the disadvantage experienced by Black Americans.”

Ordinary acts of kindness — generosity and helping — often benefit white colleagues disproportionately. This includes acts like grabbing a quick bite to eat, passing on information about a freelance gig, providing a glowing reference, teaching someone a new skill with patience, and inviting someone to partner with you on a project.

To help us understand how minor differences ultimately can have big impacts, some bias researchers have done the math for us. For example, performance evaluations are fertile ground for implicit bias. Research shows that gender and race bias affects whether we can remember the contributions an employee has made, how much credit we give them for successes, and how much blame we heap on their heads for failures. On average, we simply give more credit to white males, along with the benefit of the doubt when things go wrong.

Even if the difference is minuscule, the impact is significant. Imagine that white employees earned a 99.5% success rating on their evaluations, while BIPOC workers of color earned 98.5%. Six years later, if the evaluations happen monthly, 70% of white employees would still be at the company, while only 34% of the workers of color would remain, which explains why so many managers bemoan the fact that they invest in diverse hiring but can’t retain their employees of color.

When asked to openly endorse racist stereotypes or denounce them, most Americans will choose to do the latter. Very few people say they are racist, and only a tiny percentage believe they are racist. As my colleague implied during our conversation, it’s rare that we must deal with explicit racism in our industry, while unconscious racism is everywhere.

Because racism has been intentionally woven into the fabric of our society, we are all touched by it. What’s more, our species tends to categorize and stereotype people. We make constant assumptions about others without knowing we’re doing it.

Psychologist Alex Todorov conducted a study showing that, as he manipulated a photograph of a person to move their eyes slightly closer together, study participants became increasingly more likely to say the person in the picture was incompetent. And yet, I imagine that most people were entirely unaware of the subtle shift in appearance.

In our industry, the bias is built in. It’s part of our processes for hiring, for approving stories, for choosing sources, for award nominations, for promotions and more. We are so accustomed to the discrimination in our workflows that it feels comfortable. As Isabel Wilkerson wrote in her book, Caste, “When people live in an old house, they come to adjust to the idiosyncrasies and outright dangers skulking in an old structure. They put buckets under a wet ceiling, prop up groaning floors, learn to step over that rotting wood tread in the staircase. The awkward becomes acceptable, and the unacceptable becomes merely inconvenient. Live with it long enough, and the unthinkable becomes normal.”

Of course you are biased; bias is part of our industry’s practices and procedures. Even the most progressive and “woke” among us must stop assuming that “not being racist” is enough. We must assume that our work habits and systems are based on discriminatory practices and be prepared to dismantle them completely in order to build an equitable system.

Public media leadership isn’t mostly white and male because white men are naturally better than the rest of us. Yet many who passionately decry race-based privilege also defend the status quo because of an underlying belief in meritocracy.

The past year has been heartening in that more and more leaders are expressing their willingness to commit to diversity and inclusion as values, but I want a commitment to diversity and inclusion as actions. Meaningful change is painful and uncomfortable, but it must happen. The “way it’s always been done” is how we got to a place that is essentially unfair and exclusive. The methods that feel right are likely wrong if we really want equity.

Stop giving yourself the benefit of the doubt and start assuming that what feels familiar may not be fair. Assume that bias is built into your instincts and your decisions, because it is. That’s not my opinion, by the way — it’s strictly science.

The word “woke” has been stripped of meaning by those who fervently want the world to be more equitable but can’t see their own biases. It’s called a blind spot for a reason, right? I’d much prefer that people be a little less woke and a little more aware.