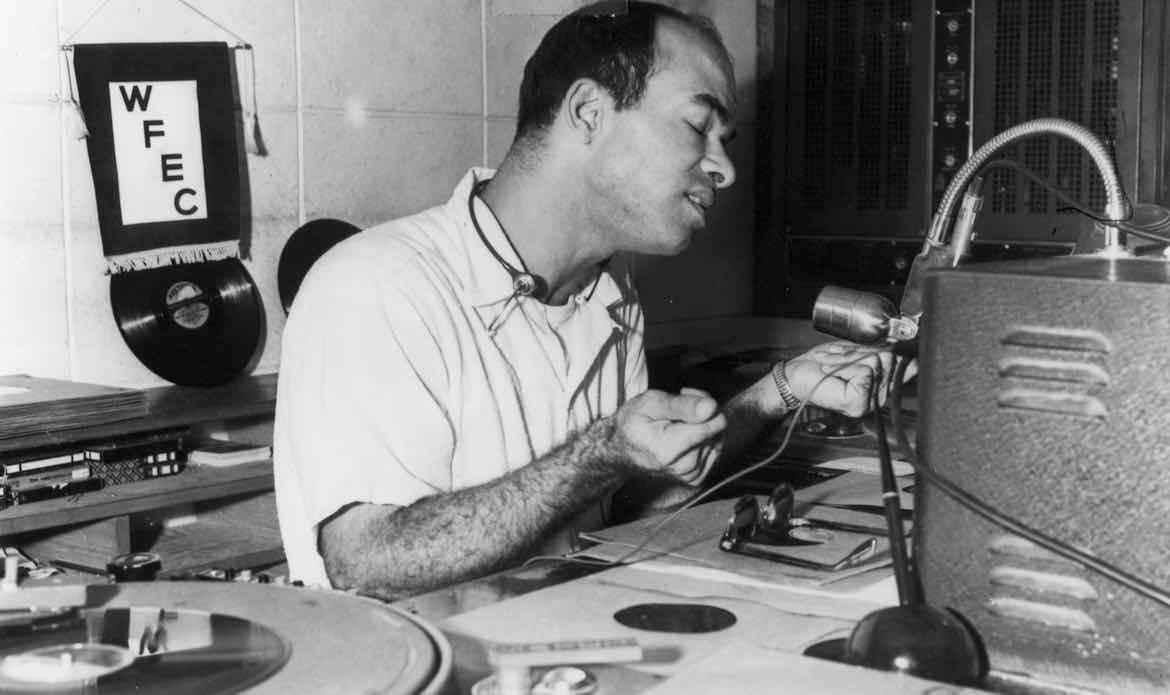 Archives of African American Music and Culture/Black Radio: Telling it Like it Was/Indiana University

Black radio pioneer Jack Gibson, a DJ who rapped and rhymed on the air, was known to his listeners as "Jockey Jack."

When producers Jacquie Gales Webb and Sonja Williams set out to chronicle the history of the African American community in the 20th century, they wanted to create a documentary that would be evergreen — resisting the temptation to view the past through the lens of the present.

The timelessness of Black Radio: Telling It Like It Was, a 13-part audio documentary they produced for Radio Smithsonian in 1996, means a whole new set of listeners can now learn from their work. Through a 25th anniversary re-release facilitated by PRX, reformatted episodes of the series are airing on public radio stations across the country.

Black Radio’s episodes remain largely unchanged from the original half-hour versions, with musician Lou Rawls as host and narrator guiding listeners through the history of radio in African American communities from the 1920s through the Civil Rights era and beyond. Gales Webb, lead producer on the series, added narration to the episodes to let audiences know that the documentary was first broadcast 25 years ago.

Original episodes from the 1996 series and some of the unused tapes are archived at Indiana University’s Archive of African American Music and Culture, which holds a collection of interviews and other materials from Gales Webb’s radio and television productions. Gales Webb is now VP of radio at CPB. She also hosts a gospel music show on WHUR, Howard University’s radio station in Washington, D.C.

Williams, an associate producer on the original production team, is now a professor of communications at Howard and has produced many other radio documentaries since then. Over the years, she has continued to receive emails from people who wanted to hear the series, she said. Williams kept her eye on the 25th anniversary as an opportunity to rebroadcast Black Radio to a new generation of listeners.

“If you are living anywhere outside of Indiana, the access was limited,” Williams said. “Both Jacquie and I really felt that, with the amount of time and effort and love that we put into this, it should be available again. And the 25th anniversary would be a good way to ask PRX if it’s possible to get it out again and how we might do it.”

Williams worked with PRX Senior Managing Producer Genevieve Sponsler and Associate Producer Se’era Spragley Ricks to repackage the series into six one-hour programs. Black Radio’s episodes cover such topics as the earliest Black voices to be heard on the radio, the roles that Black DJs played in their communities and African American radio station ownership.

While the series doesn’t address the present day, Spragley Ricks couldn’t help but think about how little has changed regarding Black public radio ownership over the past 25 years.

“Listening to that episode, I’m thinking about today’s landscape and how there are very few stations that are Black-owned,” Spragley Ricks said. “It just shows that some things have changed, but some things really haven’t. It made me think about how we can move forward to make sure that things are a little bit more balanced.”

To that end, Williams said she hopes other public radio producers will pick up where Black Radio left off and continue telling the stories of how Black people and Black culture are represented in public media and beyond.

“There is plenty of room for an examination of what the electronic media is now … because clearly, podcasts are an important element in the whole idea of Black voices, or voices of color, having the ability to share information across a spectrum,” Williams said. “That would be a wonderful thing, and I would encourage any producers or anybody interested in producing to get into this.”

As of early April, 69 stations have picked up the series, according to PRX. Sponsler plans to continue promoting it throughout the year, particularly around Black Music Appreciation Month in June, she said.

“The carriage we got on Black Radio is very high for specials, one of the highest for PRX. We have specials multiple times a year. … This has done really well, and I expect it to do even better,” Sponsler said.

Carl Woideck, a music history professor at the University of Oregon who hosts The Soul of Jazz at KLCC in Eugene, Oregon, became aware of the series through research for his courses on the history of rock ’n’ roll and the blues, which cover the roles that Black DJs and Black radio played in popularizing the music.

The course incorporates a section on early hip-hop’s roots, including “Black folklore and early Black DJs on the radio who rapped and rhymed,” Woideck said.

When Woideck heard that Black Radio was being re-released for broadcast, he recommended it to KLCC PD Jason Brown. “I am a big believer in knowing about the culture of the past,” he said.

Brown said he was eager to follow through on Woideck’s recommendation because the re-release of Black Radio provides an opportunity to present material that KLCC’s listeners would not otherwise encounter.

When he auditioned the series, he was impressed by the excellent storytelling, he said. “The way the producers made use of the music and sounds associated with the stories they were telling moved each hour along in a very exciting way,” he said.