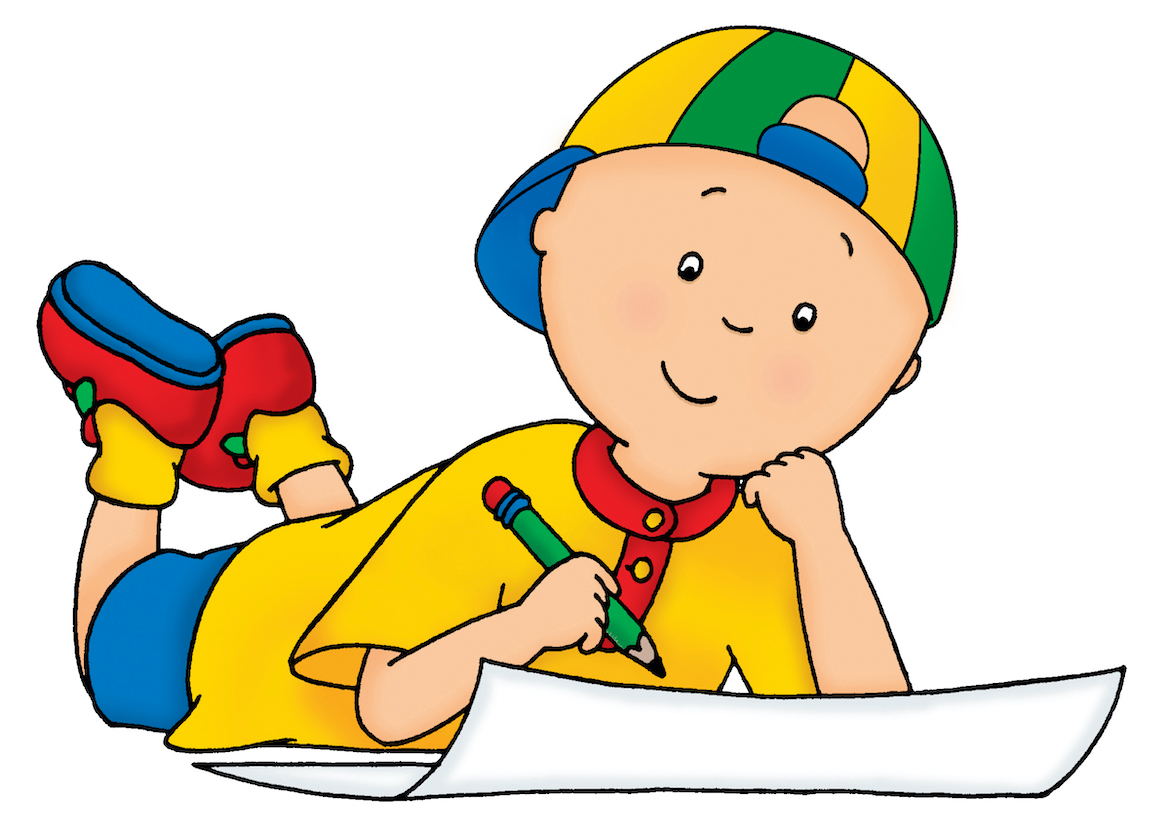 Who will mourn for Caillou? Not parents, that’s for certain.

Whether their children are young or already grown, parents across the world greeted with glee the news that PBS has finally canceled Caillou, an animated show about a bald young boy, after 20 years on the air.

Calliou began life in 1989 as a children’s book series by Montreal author Christine L’Heureux and illustrator Hélène Desputeaux. An exchange student from the Canadian channel Télétoon, Caillou premiered on PBS in September 2000 and ran for 177 episodes before entering syndication in 2010.

“Caillou is definitely enemy number one on a lot of my friends’ lists,” said Andy Chow, a statehouse reporter for Ohio Public Radio. Chow has two children — a 5-year-old daughter and a 2-year-old son — and says Caillou is one of very few shows that’s entirely banned in his home.

“As someone who’s watched many episodes, I still haven’t been able to actually understand what it’s trying to accomplish,” he says.

The backlash has been festering for ages. In a 2014 SB Nation article, Spencer Hall took a break from writing about college football to call Caillou a “despicable, spineless 4-year-old boy who cannot do anything.” More than 10,000 Redditors subscribe to r/CaillouHate, which decries the “little bald bastard who sucks and can’t do anything right.”

Even John Oliver took aim: “F*** you Caillou, grow some hair and leave the house,” Oliver ranted in a 2014 episode ostensibly about net neutrality. “Find out what the world’s aboot!”

(For the record, Chouette Publishing, the Montreal company that created Caillou, says that the character was initially envisioned as a 9-month-old baby and remained hairless when he grew older to maintain visual continuity.)

In 2015, Caillou topped an AV Clublist of “8 kids’ shows to avoid at all costs,” landing above Barney & Friends, Dora the Explorer and a slew of non–public-media offerings. Whereas Barney primarily irritates through singalongs, and Dora may lose points for repeatedly questioning your children, parents say both are dwarfed by Caillou’s main offense: his personality.

“He is bratty, has tantrums and is often unkind. His entire world revolves around himself and his own needs and desires,” said Joanna Schroeder, an L.A.-based writer and media critic who focuses on parenting and gender.

If children’s television icons like Mister Rogers and his protégé Daniel Tiger, star of the current PBS hit Daniel Tiger’s Neighborhood, demonstrate values like social skills (how to share toys and play together), emotional development (coping with stress) and clear communication (talking about your problems), Caillou offers whatever is the opposite of a role model.

“We would just have our kids act like Caillou the rest of the day, and it really seemed counterintuitive to what we’re going for,” Chow says.

Schroeder says Caillou exhibits bad behaviors that are normal for preschoolers, but on such a scale and regularity — seemingly in every episode throwing a fit — that they’re normalized and even encouraged. And Caillou’s own parents are complicit, whether he’s bullying his little sister or losing the class hamster.

“Somehow, Caillou often seems to win out, and his bad behavior is encouraged by his parents, who offer little structure or role-modeling,” Schroeder says.

Chouette claims that Caillou’s misbehavior has a purpose. “Like adults, children go through difficult periods, but they lack the communication skills to articulate everything they feel. Caillou’s experiences are an attempt to translate the inner life of a child and his varied and sometimes contradictory feelings,” the publisher’s website explains. (“Bruh Caillou need to calm down,” a commenter wrote below.)

Joel Oliphint, an editor at the alt-weekly Columbus Alive, made no attempt to hide his glee over the downfall of this “bald-headed whiner with the dying-chipmunk voice.” He says that his own kids mirrored the actions they saw in Caillou — down to copying his fear of thunderstorms.

“I don’t like storms, daddy,” Caillou says in one episode after being awoken by the sound of thunder. Caillou’s dad teaches him to count how far away the thunder gets, allowing Caillou to return to bed, but the damage is already done — Oliphint says his kids never remembered the ending.

The breaking point for the Chows came during an episode where Caillou’s dad asks the two kids to help buy a present for their mom. “The dad looked at him and said, ‘This is our little secret. You know how to keep secrets, right?’” Chow said. “And the whole episode was about keeping a secret.” Chow said that went entirely against their intentions to keep kids safe and make sure they can tell adults what’s happening.

Next to the rest of the PBS Kids lineup, Caillou was the bald-headed stepchild who lingered long past his welcome.

“In other words, pretty much everything on PBS is better than Caillou,” Schroeder says. “Is Caillou a dangerous and damaging show? Certainly not. But in a world full of beautiful, lovingly created shows for preschoolers that both comfort and encourage preschoolers, why offer a show that falls so short of the mark?”

PBS declined Current’s request for an interview for this article. In a statement, a spokesperson said that Caillou was retired “as part of our ongoing efforts to continuously refresh our offerings to meet the needs of today’s kids.”