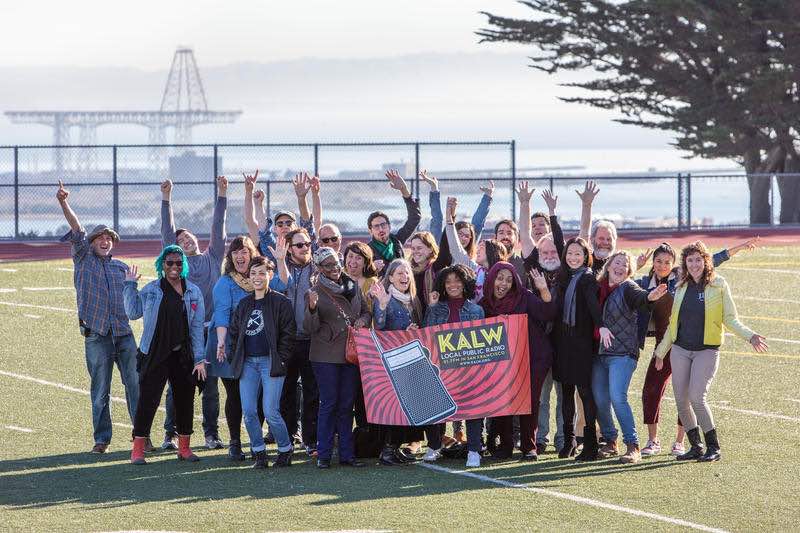 The San Francisco Unified School District has agreed to relinquish some operational control of public radio station KALW to a nonprofit formed last year by the station’s management.

The school district’s board approved a public service operating agreement Dec. 8 with the nonprofit KALW Public Media. Under the agreement, the school district will continue to hold the station’s broadcast license, while KALW Public Media will take over some operations, including programming and staffing. The agreement also allows KPM to independently fundraise for the station.

The agreement allows KALW to be more “nimble” and is an important step toward reaching goals around diversity, equity and inclusion, said GM Tina Pamintuan. KALW will have its own governing board and human resources department for the first time and will be able to create an employee handbook specific to the station that will incorporate a “DEI lens,” she said.

KALW has previously sought independent oversight, including an effort in the late ’90s that never came to fruition. Pamintuan said she prioritized obtaining a PSOA soon after taking leadership of the station in 2018.

“It became really clear to me that the station had had so much success in terms of its programming; its innovative, creative spirit; its ability to train and bring up a new generation of journalists,” Pamintuan said. “But it didn’t have … that operational and business and fundraising base to support … what it could really be as a station. And part of that was being able to employ people in the best, most comprehensive, holistic way possible.”

When the pandemic hit, Pamintuan said, she realized the importance of independence when the station did not qualify for the first round of the Paycheck Protection Program loans because of its school-district affiliation.

And with the school district’s board previously serving as the station’s governing board, “especially in this past year and going forward, their priorities are somewhere very different” because of the pandemic, she said. Now KALW has its own board that will focus solely on the station.

“The pandemic was even more fire under us to get this done,” Pamintuan said.

KALW lacks the funds to make those staffing changes all at once, but Pamintuan said station leaders plan to eventually transition about 20 contract positions to full-time. The station currently has five full-time staffers, and Pamintuan estimates it has about 40 contracted positions.

“We’re hoping every six months we can bring a few people on and sooner, if possible,” she said.

The agreement will make it easier for the station to join partnerships with other organizations, Pamintuan said, because contracts and repaying shared expenses won’t be hindered by waiting for school district approval.

Some foundations don’t give to city or state agencies, so the PSOA opens up more fundraising opportunities. And KALW wanted to strengthen its editorial firewall with the school district, though Pamintuan said that the district has been “exceptional” in respecting editorial independence.

“Certainly in this time when there’s a lot of distrust of media, I don’t want that to be something that’s in somebody’s mind — ‘That’s the school district’s station, so they may have a perspective that is more favorable to the city,’” Pamintuan said.

The school district will continue to give the station studio space. It hadn’t been providing direct financial support. “In many ways, the PSOA is codifying a relationship that already existed,” Pamintuan said.

The agreement provides KPM with security in case the school district decides to sell the license. The nonprofit will have a right of first refusal that would give it time to raise funds to buy the license.

Holly Kernan, chief content officer at KQED in San Francisco and KALW’s former news director, wrote in a letter of support of the PSOA to the school district board that though the station received national awards during her time there, “the reality is that the operation was missing some key ingredients.”

“KALW lacked the organizational foundation to properly build,” wrote Kernan, who served at the station for more than 10 years. “The money we earned went into projects, not infrastructure. We didn’t have people in positions to raise money — and we didn’t have the funds to put people in those positions. What’s more, the station wasn’t a 501c3, which limited the funding it could apply for and receive. Behind the scenes, KALW News was held together by passionate contract workers who cared about doing great work and serving their communities.”

As the station approaches its 80th anniversary next year, it is planning for programming changes “that signal it’s a new day,” Pamintuan said. Details have yet to be finalized. The station airs a mixed format, with news during the day and music in the evenings.