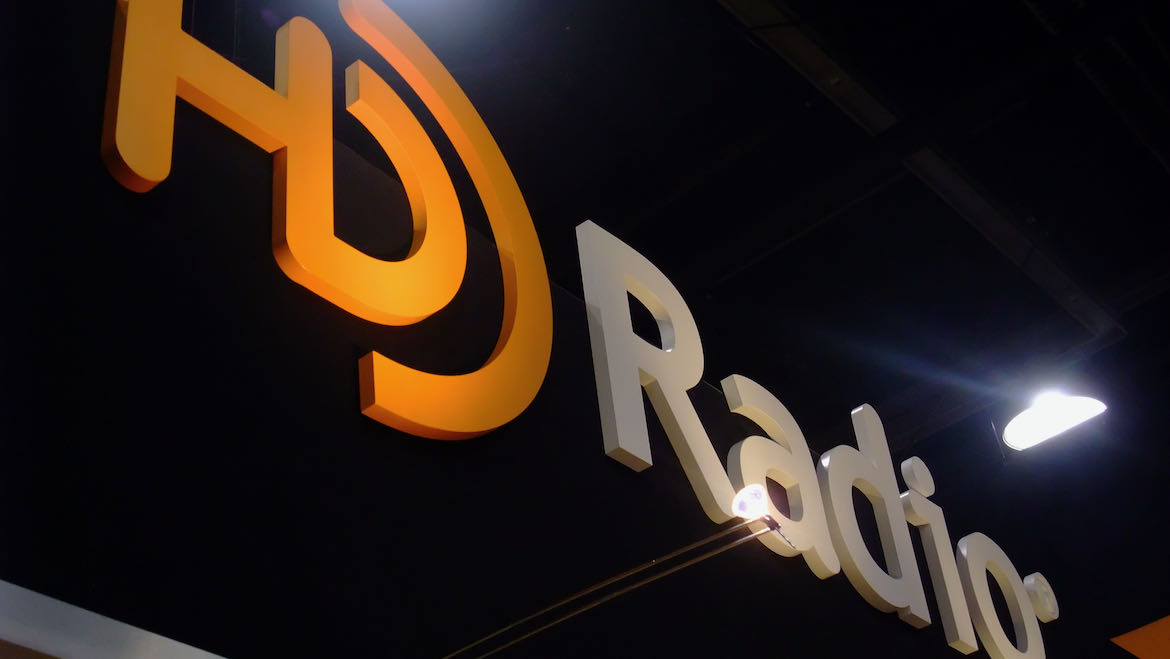 Changes spurred by the pandemic have prompted two public broadcasters to scale back their use of HD Radio, the heavily promoted technology that never quite caught on despite its promises of better sound quality and new programming streams.

Last fall, Wisconsin Public Radio ended more than half of its HD Radio services after its state licensee urged it to cut costs. Meanwhile, Oregon Public Broadcasting stopped producing an HD music stream in part because the pandemic has stifled volunteer participation.

HD Radio rolled out more than a decade ago, with CPB providing grants to help convert hundreds of stations’ transmitters to the technology. But listeners need digital radios to enjoy the higher-fidelity broadcasts and tune into the digital subchannels that some stations use for additional news and music services. With that hurdle in place, adoption has been slow.

According to last year’s Public Radio Techsurvey, conducted by Jacobs Media in partnership with Public Radio Program Directors Association, 14% of respondents — most of whom were selected from public radio stations’ databases — said they use HD Radio. That’s up from 6% in the 2012 version of the survey but still puts HD Radio near the bottom of all technology used by the respondents. By comparison, the 2020 survey showed that 67% of respondents use streaming audio or connect phones in their cars, neither of which Jacobs measured in 2012.

“We really did have high hopes,” said WPR Director Mike Crane, “but obviously we’re not in an environment where such [CPB] grants are going to be coming out again. And so continuing to maintain a service that wasn’t providing real service just wasn’t sustainable.”

In hindsight, HD Radio “just has not turned out to be a boon that people may have hoped that it would become,” said OPB CEO Steve Bass.

Yet some station leaders still see promise for HD Radio through educating consumers about the technology and as more cars come to market with digital radio built in. Xperi, which now owns the technology, reported in an investor deck last year that 52% of U.S. automobiles have HD radio.

In 2007, WPR added 13 HD Radio transmitters throughout its state network to broadcast its news and entertainment programming, along with an all-classical channel that had been previously available only as an online stream.

“Just like many public broadcasters, we were excited by the possibilities of multicasting,” said WPR’s Crane.

“We’ve certainly seen some value in that on the television side with HDTV, but … it’s been less so with radio,” he said. One reason is that digital TV “was a complete turnover of technology,” Crane said, whereas HD Radio “has always been a hybrid technology that continues to analog broadcast.”

In October, the station decided to end HD Radio broadcasts on seven stations. The Wisconsin Educational Communications Board, a state agency that holds licenses for some WPR stations, asked the broadcaster to reduce costs. WPR will save about $60,000 annually and reduce long-term capital expenses.

Crane said that engineers have told him for “a long time” that adding HD to a transmitter “has been more costly financially, but also damaging over time to the systems in a way that would require more maintenance, more replacement over time.”

So when deciding which services to cut back, Crane considered those concerns and the low audience for WPR’s HD channels.

“I do not like the idea of taking off anything, because if you go back to the very beginning — not only of public radio 50 years ago but to our station more than 100 years ago — we’ve always been about providing maximum service,” Crane said. “But if the evidence is that no service is actually provided, then it becomes necessary, particularly in a tighter budget, to just say, ‘Let’s not keep doing it. It’s not going anywhere.’”

Crane estimates that the combined weekly cume for the stations that were turned off was fewer than 500. The decision caused minimal outcry, aside from a volunteer at one station whom Crane described as an “audiophile” and who said he was disappointed because he “loved how it sounded.” Otherwise, the response was “pretty muted, and that probably was telling,” Crane said.

WPR stations that will continue to broadcast in HD include those serving Madison and Milwaukee, where weekly cumes for the subchannels are higher but still only “in the thousands, not the tens of thousands,” Crane said.

WPR sees benefits to HD service beyond audience numbers, Crane said. The FCC permits using HD signals to feed analog transmitters, or they can be used essentially as studio-to-transmitter links, he said. “So that’s been a real advantage for us in a couple of places around the state where it’s a really nice, reliable method of delivery,” he said.

WPR’s WHA-AM in Madison also broadcasts in part using HD and produces a “really nice-sounding signal” when functioning, “which has been an issue, too,” Crane said.

Crane said he does see promise for adoption of HD Radio in more cars, “but even there, because it’s getting easier and easier to stream directly to your car using Apple CarPlay and the like, it seems like streaming is going to be the way to go.”

OPB’s search for an FM translator

OPB also pared back HD service in December when it stopped producing a 24/7 Triple A music stream. The stream was part of opbmusic, which also includes music content for radio and OPB’s website.

The music stream relied on volunteers for the programming, which became a challenge as OPB was looking to limit people in its building, said CEO Steve Bass. “So it was kind of a good time to kind of look at the whole landscape and figure out what’s best going forward,” he said. Additionally, David Christensen, who leads opbmusic, will retire in the spring.

Opbmusic’s HD stream had a “pretty minimal” audience, even smaller than its internet stream, Bass said. If it had drawn a large audience, “we probably wouldn’t have reevaluated this,” he said.

A challenge HD Radio has faced is the lack of a federal mandate to convert, as was in place for digital television, Bass said. Additionally, there was “so much consolidation in FM radio that there wasn’t much interest in having a range of new services within local markets,” he said. “And I think the consumer adoption just never was there in great numbers.”

OPB still uses HD for its KMHD jazz service because “it costs nothing. We’re already doing the programming,” Bass said. “It may be a little bit more reach.” Bass is also looking for an FM translator in Bend, Ore., that could take a feed of the HD broadcast.

“When we first started with opbmusic here, our thought was, ‘Well, we can put it on HD and maybe a translator will become available.’ And one did, but I couldn’t get a deal for it that would work,” he said.

“Unless there’s some other great purpose [for HD] aside from linear delivery of terrestrial radio, I don’t know that it has any significant advantage beyond regular FM,” Bass said.

A home for classical

But for some stations, HD Radio subchannels still provide a way to offer a broadcast service that may not have justified a presence on a primary FM signal. Nashville Public Radio recently moved its classical service to an HD subchannel to make way for a Triple A music format.

But Swenson said he wanted to continue to provide the classical service “because no one else is doing it, and no commercial broadcaster will do it because it never would make financial sense.”

The radio industry has done a poor job of educating the public about HD Radio, Swenson said. The name has caused consumers to associate it with HDTV and its “amazing video,” but Swenson said he sees subchannels as its biggest benefit.

“We as an industry really never did a great job of coming together and explaining that and marketing that in a good way,” he said.

Nashville Public Radio has been working to educate its audience about the classical HD service since making the switch, buying HD radios for “older” listeners whom “we knew did not have HD radios,” Swenson said. The station has given away 100 radios.

The classical HD channel currently broadcasts Classical 24. But Swenson would like to return to broadcasting the Nashville Symphony’s concerts when they resume, as the station did before the pandemic.

The station does not have an audience goal for the classical HD channel. Swenson points out that the classical HD broadcast covers a larger area than the FM signal that it previously aired on.

Christina Kuzmych, GM of Wyoming Public Media, told Current in an email that she believes that HD technology had “great hopes, but didn’t quite take off.”

Still, nearly two decades after the FCC endorsed HD Radio, and despite the technology’s slow start, Kuzmych says the consumer side may be “just catching up now” as more new cars become equipped with HD Radio.

People in Wyoming drive a lot — the state leads the country in residents’ vehicle miles traveled per capita — so Kuzmych believes stations could still reach listeners with HD broadcasts.

“The biggest obstacle now is educating them on the fact that they have HD radios,” she said.

Wyoming Public Media broadcasts in HD in 11 markets throughout the state, with news programming on an HD1 channel, classical on HD2 and Wyoming Sounds, a Triple A music service, on HD3. It also feeds translators with HD Radio.

The technology allows the network to broadcast more channels in parts of the state where it otherwise couldn’t, and the cost to maintain them is “very low or nonexistent,” Kuzmych said. “Should costs increase we would need to re-evaluate HD radio,” she said.

The station doesn’t have an “accurate grasp” on how many people are using the stations in their cars, but, anecdotally, “we know that people are listening,” Kuzmych said. “They complain when the service goes down.”

4 thoughts on “As some stations end HD Radio signals, others hold out hope for audience adoption”