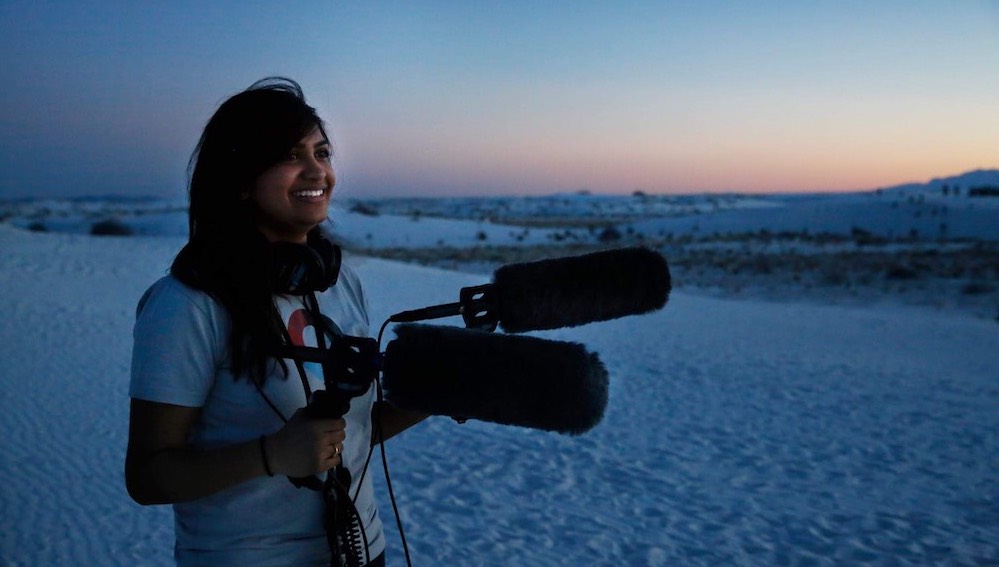 A Nieman Foundation fellowship will provide support for NPR’s Anjuli Sastry to develop a new audio project and create a guide to building mentorship programs for people of color within public radio.

The It’s Been a Minute producer is one of 12 Nieman Visiting Fellows for 2021 and the only one working in public radio. With the fellowships, the foundation seeks to support projects with a racial justice or public health journalism focus. The fellowships are separate from Nieman’s traditional academic-year fellowships.

Sastry told Current that her audio project, tentatively titled “Where We Come From,” will tell stories of immigrant communities of color “telling their personal stories in conversation with relatives, but also connected to a particular moment in history.”

Sastry envisioned the project in July, and a pilot segment aired in August on It’s Been A Minute. It featured IBAM producer Andrea Gutierrez sharing a story about her father’s participation in the Chicano Moratorium, Mexican-American protests against the Vietnam War.

When the story aired, Sastry said, listeners responded in emails and on social media saying,  “Finally, this story is being told.”

The audio project “gives a really special opportunity to structure and highlight oral histories” and “a platform to underrepresented communities of color,” Sastry said. It will begin by featuring stories from NPR employees and will expand to include people outside the organization, she said.

The stories will be presented within IBAM and NPR podcasts including Throughline and Code Switch. They will also air on NPR radio programs, she said. A condensed version of the pilot segment aired on All Things Considered. Sastry will also collaborate with a team to produce stories for video platforms.

During the 20-week fellowship, which begins early next year, Sastry will focus on producing segments and developing ways to call out for stories outside of NPR. At the same time, she will develop a guide for starting mentorship programs for marginalized people in public radio.

“Given all of the stories this summer, given everything that’s going on in terms of the outcry for diversity and the need for …  things to be better for people of color across public radio, I know that there are people just like us who are trying to make these kinds of spaces,” Sastry said.

Sastry co-founded the Marginalized Genders and Intersex People of Color Mentorship Program at NPR in 2018 with former NPR reporter Kat Chow, TED Radio Hour Producer Christina Cala and All Things Considered Associate Producer Mallory Yu. A diversity task force group had formed at NPR in response to #MeToo revelations. Out of that group, the founders of the mentorship program recognized “this need for a safe space for marginalized identities,” Sastry said.

At the time, the co-founders didn’t have experience starting a mentorship program but wanted a space for marginalized people in the organization to discuss issues ranging from racism to asking for a raise.

Now on its fourth cohort, the mentorship program has paired about 100 people throughout the organization, Sastry said.

With the guide, Sastry said, she wants to provide advice for people of color in public radio about how to ask for budgets for their mentorship programs and how to start employee resource groups. “We think that mentorship exists informally in a lot of white spaces, and so that was part of what we were also trying to do, was make mentorship exist formally for people of color, marginalized identities of color,” she said.

Sastry has previously shared advice about mentorship in a September Life Kit episode and spoke about the subject at the 2019 Werk It conference.

Sastry said that on one hand she sees mentorship groups as valuable for issues like retention of people of color in the industry. But they’re also important for “recognizing people as human and knowing that they’re struggling and they need support and space to talk about the important issues and … just recognizing them and valuing them,” she said.

NPR’s mentorship program was grassroots and employee-run but received executive support from former COO Loren Mayor, who Sastry said approved the group’s request for a budget and encouraged managers to give space for employees to participate during work days.

Mayor left NPR, but Sastry said that she’s continued to see “a vast amount of support” for the program.

“I do think the company is listening and receptive, especially with our new CEO, John Lansing,” Sastry said. “Yes, there’s still more work to be done, but I feel like there is support for our ERG and the existence of other ERGs across the company.”

One area in which NPR needs to make changes is with representation, Sastry said. NPR is working on it, she said, but added, “I want to see someone who looks like me in the upper echelons of management and at the table of decision-makers … whether it comes to greenlighting a project or hiring someone.”

Correction: An earlier version of this article provided incorrect titles for Christina Cala and Mallory Yu. Cala is a producer for TED Radio Hour; Yu is an associate producer for All Things Considered.