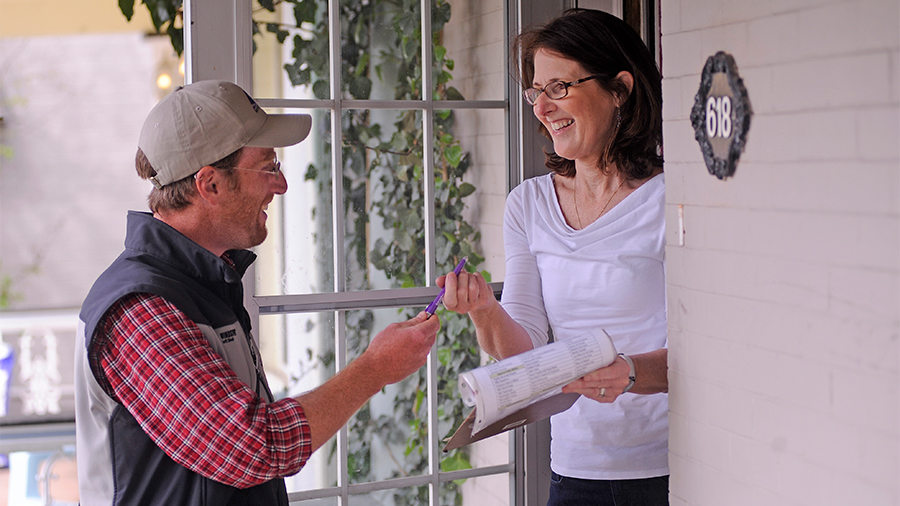 Fundraising consultants for public media stations are weighing how stations can safely resume door-to-door canvassing efforts amid the COVID-19 pandemic and when the time will be right to take that step.

Public media consulting group Contributor Development Partnership and Donor Development Strategies, a CDP partner that manages year-round canvassing efforts for 14 public media stations, are looking to state reopening policies and the status of political canvassing as they consider when to resume the program.

“I keep joking about it as we don’t want to be first at the door, but we want to be second,” said Michal Heiplik, EVP and co-founder of CDP.

CDP and DDS suspended canvassing in March to protect canvassers and community members from contracting the virus. Jason Brubaker, co-owner of DDS, said the company is compensating canvassers during the suspension with support from the Small Business Association’s Paycheck Protection Program.

Suspending canvassing shuts down a valuable source of new members for participating stations, according to Heiplik. TV station and joint licensees have acquired roughly 80%–90% of new donors from canvassing, pledge and Passport equally, he said.

“If that is a third of all station’s new donors, you can see how not being able to canvass will cause a severe negative impact on the station,” Heiplik said in an email.

Canvassing also provides a relatively inexpensive way to acquire new donors, according to CDP data. Though direct mail is a popular form of fundraising among stations, donors obtained through mailings are more costly to acquire and keep. The net cost per donor for direct mail is $67, while canvassing costs $15 per donor.

Canvassing succeeds as a fundraising tool because of the direct physical connection that canvassers make with community members, said Bert Huffman, VP for external affairs and chief development officer at Georgia Public Broadcasting.

Huffman said GPB has worked to diversify its revenue streams to avoid being dependent on canvassing. With canvassing efforts on hold, GPB has instead relied on major gifts, direct mail and pledge to fill the gap in revenue.

Donors to WGBH in Boston acquired through canvassing are “loyal” and have continued to donate despite the pandemic, said Jack Callahan, senior director of local development and membership.

“People value the service, they understand the need to give right now, and if they can, they are,” he said.

For Wisconsin Public Radio, canvassing has been important for creating a “monthly influx of new members,” said station fundraiser Susannah Michaels in an email. The station is weighing when state policies will allow canvassing and when interacting with canvassers “will feel acceptable in the community.”

“We have no idea when those things will occur, and the latter criteria is certainly squishy,” Michaels said. “So we currently have no concrete plans to resume.”

DDS’s Brubaker said that his organization’s guidelines for how canvassers might engage with community members include wearing masks, maintaining social distance and refraining from handing clipboards to people they approach.

Brubaker said that he believes that fundraising is entering a “new environment.”

“And if the new normal is engagement is just going to look a little different, even as it relates to having a conversation with someone, we’re willing to do what we need to do,” Brubaker said.

This article has been updated to reflect that Donor Development Strategies has developed guidelines for how canvassers should engage with community members.