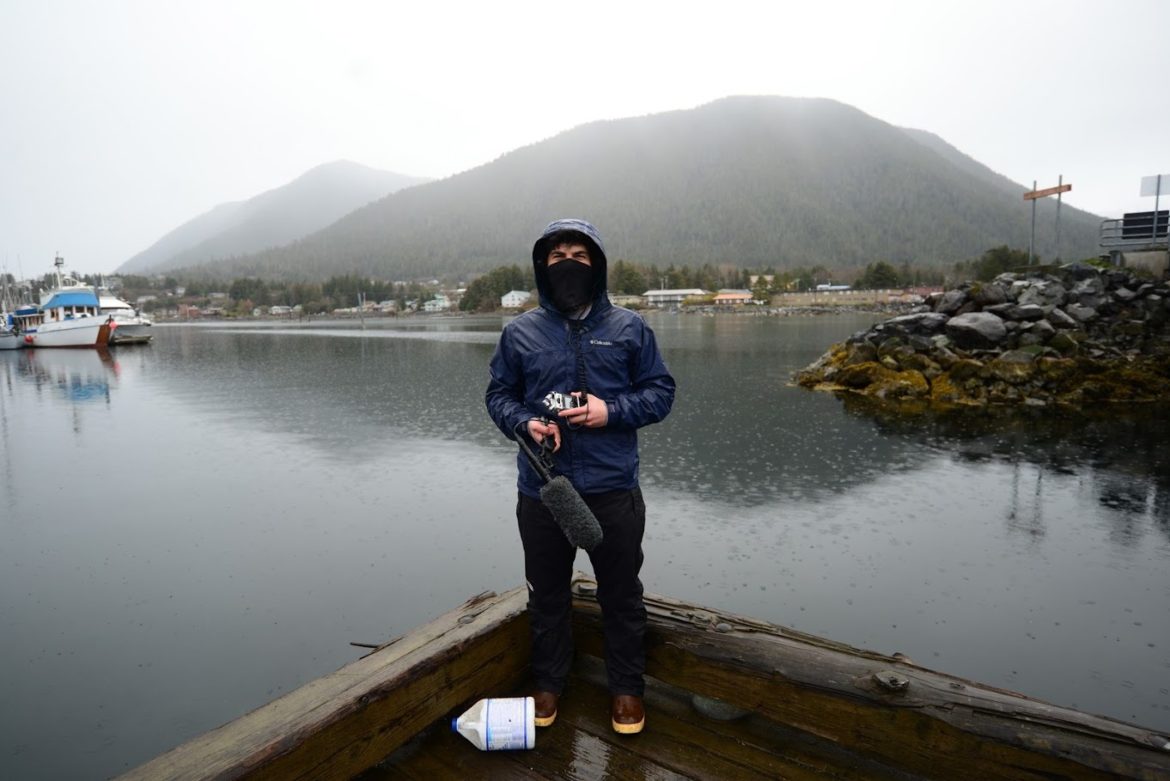 Public broadcasters in Alaska are getting help from financial assistance programs due to the pandemic but still face an uncertain future amid the state’s long-standing fiscal challenges.

Last year, Gov. Mike Dunleavy vetoed all state funding — more than $2.7 million — for the state’s 27 public broadcasters. The cut, part of the governor’s larger effort to reduce spending without raising taxes or ending an annual payment to individual Alaskans, was the low point in a decades-long decline in state funding for public stations.

Public broadcasters spent the past year trying to make up the difference, cutting critical positions and attempting to increase revenue through fundraising and charitable gaming. But financial pressures on them are only increasing amid the pandemic, as businesses throughout the state have been forced to close or cut back operations and key industries such as oil, travel and fishing suffer. Some businesses, such as restaurants, bars and gyms, were allowed to reopen Friday.

Mollie Kabler, executive director of Alaska Public Broadcasting Inc., surveyed small stations in the state in January. Most that responded projected that their budgets would be in the red or that they would use reserve funds to continue service through fiscal year 2020, she said.

The state is facing “an ongoing economic crisis here even when the pandemic eases that will take quite a while, from my perspective, to ease,” Kabler said. “So business support, underwriting, is going to be very challenging in the next, I don’t know how long. Certainly for a year. I’m guessing longer than that for our economy.”

At KCAW in Sitka, the station had spent the last year closing the budget hole created by the elimination of state funding. The station had received $76,000 in state funds, 12% of its budget, in the last year it received funding. It had closed the funding gap with small cuts and a significant increase in fundraising, GM Becky Meiers said.

Then the pandemic hit. The small station, which airs a mix of news and music, is in southeastern Alaska, where industries like fishing and tourism are integral to the local economy.

About 80% of the summer’s cruise ship traffic has been canceled, she pointed out. Commercial fisheries have been “extra careful around social distancing,” which has affected their production timelines, Meiers said.

“We’re looking at … a hard year coming up, I think, in terms of being able to raise the same amount of money in things like individual gifts or underwriting,” Meiers said. “We had stewarded that as well as we can, and we continue to. … It’s a really uncertain future.”

KCAW tries to time its fundraising around when Alaskan residents receive regular payments from the state through an oil revenue fund. But this year, Meiers is less certain that those payments from the Permanent Fund Dividend will have as big of an impact on the station’s fundraising. Earlier this year, when individuals received funds through the coronavirus relief bill, the station “didn’t see any appreciable change” in giving, according to Meiers.

People are “making sure that they can provide for their families and that they can financially live their lives,” Meiers said. “I worry that what’s happening now will be the bellwether for the remainder of the year.”

KCAW’s board recently passed an FY21 budget that projects about $125,000 less in income from the station’s fall fund drive and declines in revenue from events and other sources.

The station is using all of the money it received from CPB through the federal CARES Act “to keep operations/programming/staffing status quo,” Meiers said. “We run pretty lean, and any change to those expenses would reduce the service we provide our communities.”

“If social distancing and hunkering down continues to be the name of the game, it’s looking kind of tough for us, for sure,” Meiers said.

The station’s seven translators cover a large listening area, including three indigenous communities. “For the most part, we’re the only broadcast news source in town for all of these towns,” Meiers said.

Many people in the communities are getting news through local Facebook groups, where misinformation has been rampant during the pandemic, Meiers said. The station’s news staff has spent a lot of energy on trying to get in front of or respond to rumors. “That’s been the all-the-time specter for us,” she said.

Meiers pointed to one rumor going around the community that barge shipments of food would end. It wasn’t true, but the grocery store shelves were bare the day the rumor started, she said.

“In the face of state cuts and the potential of losing so much of the capacity that we’ve built, I can’t imagine stopping our service,” Meiers said. “It’s so critical.”

Public broadcasters in Alaska and across the country have received some financial assistance in the short term to help with budget difficulties during the pandemic.

Every Alaska station qualified as rural to receive additional funding from CPB through the coronavirus relief bill, which provided more than $112,000 for each small or rural radio station, Kabler said.

The CPB funding “is the saving grace for the Alaska stations at this point in time,” Kabler said.

Others, like KYUK in Bethel, also received funding through the federal Paycheck Protection Program and a Facebook grant.

Without those funding sources, “I shiver, thinking of the decisions we would have had to make,” GM Shane Iverson said.

The Facebook grant will be “incredibly helpful in the near term,” he said, but the station will need to find new revenue sources or efficiencies “to maintain service level.”

The Native American–owned station’s largely Native audience is particularly reliant on radio because it isn’t served by roads, “so radio does play an enhanced role in keeping us connected and informed,” Iverson said.

“So often the conversations we have as a community happen over the radio because it’s the most effective way for us to communicate,” Iverson said.

State funding for KYUK, a dual licensee, was more than 10% of its budget. Because of the cuts, the station laid off its chief engineer and reduced some full-time staff to part-time.

“We’re a radio and television station without an engineer,” Iverson said. “So that’s not a great place to be, especially as far out as we are. An engineer can’t just drive over on contract the next day. It takes a lot of planning and cost, obviously, to bring someone out here.”

The station is now experiencing more outages, and they tend to last longer, he said. “So that is already having an impact on our audience,” he said. The station hasn’t had to make cuts to content staff, which Iverson said he sees as a last resort.

After the funding cuts, the station was looking to boost revenue, particularly through charitable gaming, including pull-tab games at local establishments. The station hoped to increase the share of revenue it brings in from gaming from 7%-8% to 10%-12%, Iverson said. But that income has dried up as the pandemic has shut down local businesses.

Iverson expects the federal assistance to keep the station running as it has for the past year, but after that, he’s less certain.

When the local and national economies open back up, “we don’t know exactly what to expect with our corporate underwriters, our individual givers,” Iverson said. “And then, of course, charitable gaming relies on people having a surplus of cash for which they can game. So if the economy is not in good shape here, we will continue to struggle once these funds have been used.”

The future of state funding

“Right now, the likelihood of state funding returning decreases every time the price of oil is in the negative or under $10 a barrel,” Kabler said. The state’s budget was built on oil prices that were “very different than this,” she said. “So that’s a long-term problem.”

Public broadcasters in Alaska have seen a drastic cut in state funding over the years. Kabler pointed out that state funding was nearly $8 million in fiscal year 1986. More recently, state funding in Alaska reached more than $4 million per year from FY13–15, she said.

America’s Public Television Stations has been assisting public broadcasters in their efforts to restore funding. APTS CEO Patrick Butler and Kate Riley, VP of government and public affairs, met with a senior advisor to the governor.

Butler said he’s optimistic about future funding in Alaska. Public broadcasters’ public safety mission has resonated with the governor’s administration, and Butler also believes that work being done by public broadcasters around remote learning — such as Alaska Public Media’s partnership with the Anchorage School District to broadcast educational content for students — will help make the case of public broadcasting’s importance to the governor.

“The fact that Alaska Public Media could stand up this remote service in partnership with the Anchorage School District in practically no time, it is really quite a compelling achievement,” Butler said. “… And so we think that’s a good story to tell, one that …  the governor might not ordinarily have been aware of. And I think it’s just one more way in which we can impress upon him the need to to invest state funds in our work, particularly in a state like Alaska.”

Butler pointed out that some new governors “won’t fully understand what it is that the public broadcasters do for the people of their states” and will later restore funding. That’s what happened in Indiana and Florida with former governors Mike Pence and Rick Scott, respectively.

“We are hopeful … that over time this situation is going to improve in Alaska as it has in other places,” Butler said.

APTS’ partnership with 50 State, a state government consulting firm, is also helping public broadcasters in Alaska and other states connect with people close to governors.

The partnership with 50 State was “a significant enhancement of our ability to get every governor’s personal attention to these kinds of issues,” Butler said. “And it’s already begun to help us. And we think it’s going to help us in Alaska over time and as well as in other states.”

With the help of 50 State, public broadcasters in Alaska connected with one of the governor’s former staffers “to begin some of these high-level conversations about what it is we do, how we do it, and to get those messages forward about public safety,” according to Ed Ulman, CEO of Alaska Public Media.

Despite the state funding veto, the governor did preserve funding for the Alaska Rural Communications Service, a satellite system managed by Alaska Public Broadcasting Inc. The governor and his staff “saw the value from a public safety perspective on rural,” Ulman said.

Ulman also notes that public broadcasters started the year left out of the state legislature’s budget. But with a grassroots campaign of listeners and viewers contacting their state representatives, public broadcasting got back in the budget.

“The outpouring was, again, what it’s always been for us, which is pretty strong in Alaska,” Ulman said.

But he recognizes that the state has been facing financial challenges and will continue to do so. The state has been in a recession in recent years, “and we haven’t come out of it,” Ulman said.

The pandemic “is only going to worsen the economic situation in Alaska,” he said. “So all of our challenges that we see are on the horizon.” But for now, Ulman’s station has been able to get by with reserves, membership and federal assistance.

“You can’t maintain the momentum that an organization like Alaska Public Media’s had over the last several years if suddenly we’re laying off staff and creating that panic with our team,” he said.

Yet he believes that Alaska Public Media could experience a 30%-40% drop in underwriting and corporate support over the next fiscal year, rivaling the $400,000 reduction in state funding the station experienced last year.

“The real challenge here is, because we’re … coming out of the first phase of our response to the crisis, not being too reactionary is key,” he said.