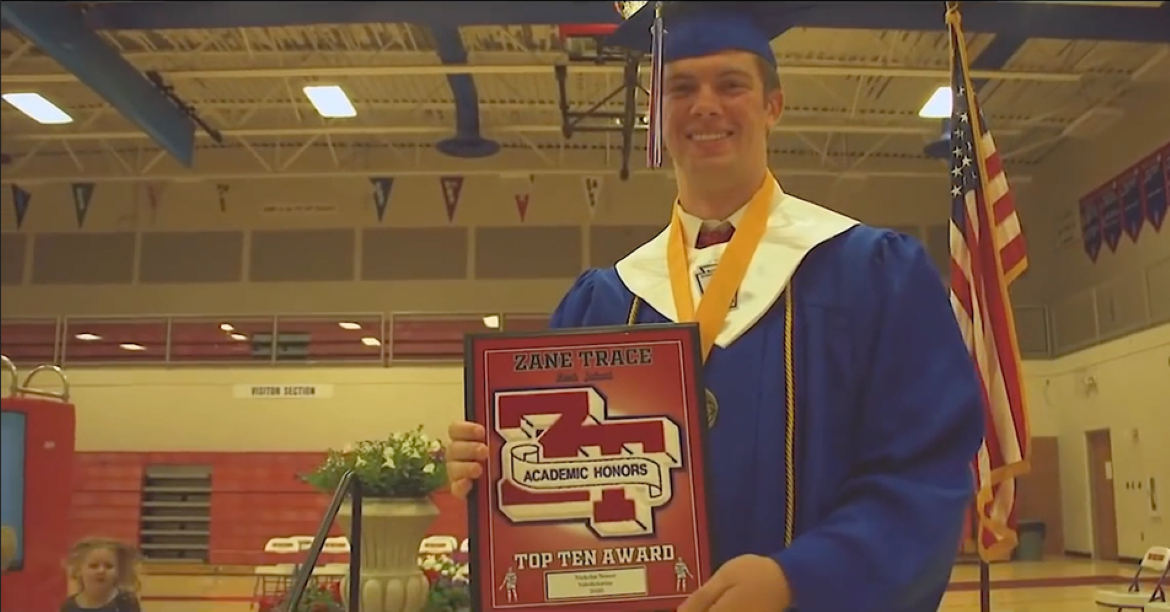 High schools across the country have canceled graduation ceremonies due to the COVID-19 pandemic, and some public media organizations are stepping up to address the loss of the rite of passage.

PBS Student Reporting Labs and WOUB in Athens, Ohio, have both created initiatives for high-school seniors. SRL partnered with the Association for Supervision and Curriculum Development, an educator support organization, to launch #SeniorPortrait, a campaign sharing seniors’ video diaries.

Students record videos in which they talk about their experiences during this time using the hashtag #SeniorPortrait and send them to SRL, primarily through Instagram. SRL asked that the videos be less than a minute long. ASCD worked to mobilize teachers to record videos of their own that encouraged students to participate.

Once SRL collects all the content, a team of three or four educators from ASCD will pick the three best videos. The students will win $250 gift cards provided by SRL for a variety of online shopping sites. Videos are due May 31.

“From [the videos] that have come in … they’re upset. They’re sad, understandably,” said Rawan Elbaba, digital producer at SRL. “High-school graduation might be the only chance they get at a graduation, and we’ve had a lot of students who are first in their family to graduate high school.”

Besides being shared through SRL, the videos may also be shared on PBS NewsHour depending on their quality, according to Marcus Markle, communications manager at SRL.

Markle said the idea for the #SeniorPortrait campaign came from a former colleague who works at ASCD and talked with Illinois’ 2019 State Teacher of the Year, Katherine Whitington. Whitington originated the idea, and Markle’s colleague brought it to SRL.

Markle said the two organizations came together to figure out “how students are grappling with this historic moment” and decided to couple the skills of storytelling and video journalism in the project.

“It’s not just media making for the sake of posterity but also how you process what you’re going through right now,” said Markle.

The project is significant not only because it lets students tell their stories but also because it helps adults understand what high-school seniors are going through, said Elis Estrada, senior director at SRL.

“These last moments of just eating lunch together or just sitting together, things you would take for granted, are now just taken away from you,” said Bella Meadows, a student at Santa Monica High School, in her video.

“It’s hard for adults to understand what it’s like to think about graduation for years and then have it suddenly taken away from you,” Estrada said. “… This was an opportunity for students to express that.”

The videos will also show how this generation will look at large milestones like this in the future as they graduate into an “uncertain economic situation,” Estrada said.

A dose of ‘normalcy’ on TV

WOUB is focusing more on the ceremony by offering to air graduation messages for area high schools on its TV station. The station’s Appalachian service area has a “real issue” with internet and broadband connectivity, said Cheri Russo, community engagement manager at WOUB.

As a result, many students would miss out if their schools streamed graduations online, as many are doing. So when one high school asked WOUB if it would air a graduation message for their students, Russo said station staff immediately wanted to do the same for other schools.

“If we’re going to do it for one school, why not do it for all of them?” Russo said.

Participating schools get a 28-minute slot on WOUB-TV for a graduation salute to their students. They send the video to WOUB to allow the station editor to make sure the audio is up to standard and that no content violates station guidelines.

Videos will be aired as the station receives them, most likely on weekends so families can watch. Seventeen high schools have reached out to WOUB so far, and two have sent videos.

WOUB also worked with the schools on ideas for the messages, Russo said. Schools can submit speeches from school leaders or their valedictorians, photo montages from the school year set to music, or the names of graduating students being read.

Russo said she’s proud of WOUB for taking initiative and honoring students moving on to the next stage of their lives. She hopes it gives viewers a reminder of ordinary life.

“Even though this graduation ceremony is not normal … being able to provide this for people is giving them a little sense of normalcy and a way to step forward in all of this,” said Russo.