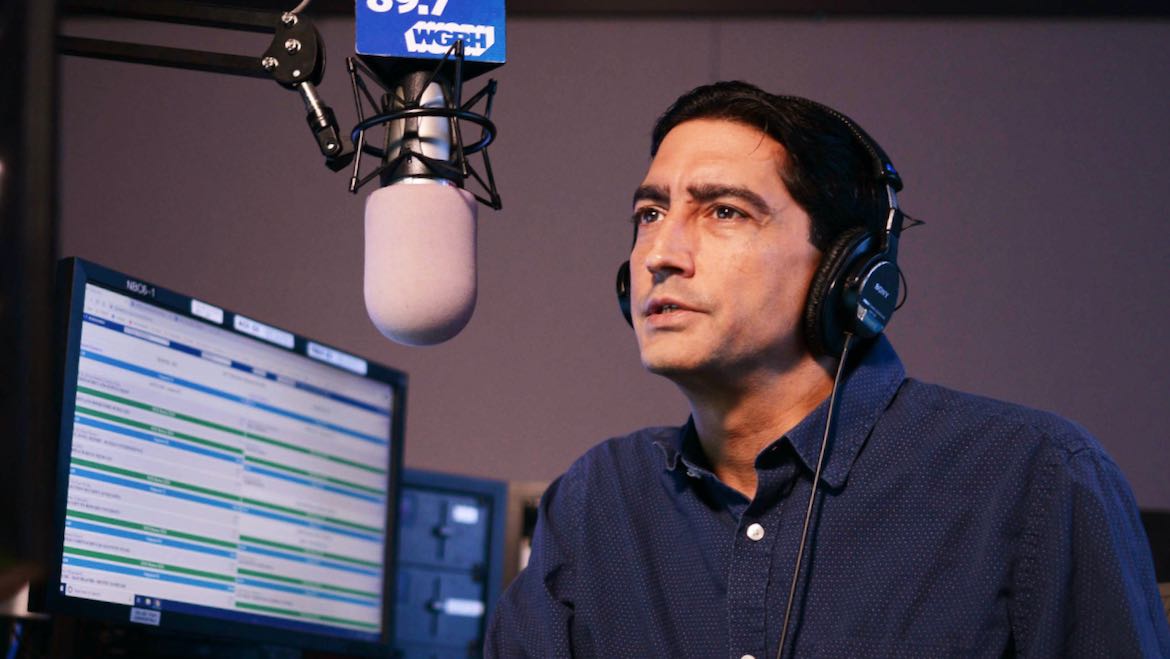 Arun Rath hosts "In It Together," a nightly radio show and podcast from WGBH focused on the coronavirus. The station is using the podcast to show underwriters its increased local news coverage.

Consultants and development executives say public media’s underwriting income is in jeopardy as businesses absorb substantial financial losses due to the COVID-19 outbreak.

Among the industries taking the biggest hits are entertainment and dining, two usually reliable sources of public media underwriting revenue. Many restaurants are closing their doors, and arts venues are postponing and canceling events until the disease is contained.

Business income, which includes underwriting, accounted for nearly 14% of public broadcasting’s revenue in fiscal year 2018, the most recent year for which data is available. It’s the third-largest income source after subscribers and CPB’s appropriation. Public broadcasting revenue from corporate underwriting declined sharply during the 2008 recession as corporations cut back on spending and has not returned to pre-recession levels, according to CPB.

It’s too early for WGBH in Boston to estimate potential underwriting losses, but clients are pulling back on spending, said Suzanne Zellner, VP of corporate sponsorship. The station is working with long-standing clients to see how their needs for underwriting may change.

As WGBH reevaluates its strategy, Zellner said, it has started seeking new clients, with a telemedicine and health company as one prospect. It has also been in talks with financial services companies about their messages.

WGBH is using In It Together, its daily radio show and podcast about the pandemic that debuted March 17, to show potential underwriters that the station has been finding new ways to serve the community. “We are certainly trying to encourage our sponsors to think about WGBH as more than just a way to reach their prospects,” Zellner said.

WETA in Washington, D.C., has many clients in the arts and culture space. Adam Gronski, VP of corporate marketing, is also working with financial services companies to alter their messages. “What a message might have looked like a few weeks ago now has to be changed and modified to come up with a new creative message that would be more applicable for on-air messaging,” Gronski said.

“We’re focusing on being great community partners. We often tell our clients how different we are from commercial media,” Gronski said. “We want our clients to look back at this uncertain period knowing that WETA and public media was their partner in navigating in choppy seas.”

Not ‘business as usual’

Public Media Group of Southern California has seen decreases in underwriting from restaurants and arts organizations but growth in spending by health-care providers, according to CEO Andrew Russell. Children’s Hospital Los Angeles has paid for two new spots encouraging people to wash their hands and not touch their faces.

Both of WERS’ restaurant clients have closed for the time being, Fernandez said, but one is attempting to reconfigure its space to provide food for staff at the Boston Medical Center nearby. “When that happens, we will definitely run those spots as more of a PSA than underwriting,” she said, which would be free of charge. Deciding not to charge for some spots is difficult, Fernandez said, but the station’s leaders want to use their platform to provide information about resources.

They are also looking into broadcasting PSAs about philanthropic funds and local initiatives that will support workers who may be experiencing financial hardships.

“The goal of all this is very much to say that we are a part of the community and we want to help the community that we are in,” she said. “We know we need to continue to bring money into the station, but we know it’s not business as usual.”

The only restaurant client for WSIU in Carbondale, Ill., was also forced to close, according to Brian Flath, associate director of corporate support. Flath said the station is working with the business to change the underwriting spot to say that the owner appreciates the restaurant’s customers and looks forward to serving them in the near future.

“I told her that once she reopened, I’m going to double her underwriting schedule for as long as she was closed down, and that would be done at no additional charge,” Flath said.

Nashville Public Radio in particular has had an especially hard time this month. The station had just dealt with major tornadoes in the area and then had to transition to remote work.

Music events in the city have been hit hard by cancellations, said CEO Steve Swenson. “I don’t think we’re going to be able to completely replace the cancellations that we’ve been getting, but we are working really hard and really diligently in mitigating that,” he said, adding that he has asked staff in different departments to help find new underwriters. “Whether you’re a reporter or whoever you are, you’re being exposed to messaging that might be an opportunity for us.”

Check in with clients

Several underwriting consultants remain hopeful that spots that have been postponed or canceled will be rescheduled, so they are advising stations to stay in contact with long-standing clients.

“There’s no doubt that this coronavirus has created a stressful time for everybody,” said Gordon Bayliss, Greater Public’s corporate support advisor. “A lot of sales people at stations count their sponsors as friends, so it’s good to ask ‘How are you doing?’ and get the personal side. You want to check in on them and ask how we can help you.”

Bayliss advises stations to tell underwriters that audiences may be consuming more news, potentially increasing the reach of underwriting spots.

“People may be listening to know what’s closing, what they should be doing, what’s the latest news from the health facilities, so having a message on there is going to remind them who you are and what you’re doing,” Bayliss said.

In response to the pandemic, organizations like Greater Public have begun compiling resources for stations addressing challenges with membership, underwriting and major giving, including spot scripts and tips on how to reach out to clients affected by COVID-19.

Market Enginuity, a marketing consulting company, is advising its client stations to conservatively forecast for underwriting to return to normal no earlier than May and to be on the lookout for new clients, said president Jim Taszarek.

One state health department reached out to a Market Enginuity client to share messages on public media. That gave Taszarek the idea to advise other stations to reach out to state and local governments about sharing messages, he said, adding that hospitals are also reaching out to stations for underwriting spots. “We have many active conversations going,” he said.

Taszarek also recommended that stations figure out which local businesses are eager to get out messaging.

“One of the things we found out is that there’s a ton of press releases going to the news departments about what businesses are doing, so we’re trying to make sure we get ahold of those press releases to see if there’s a communication opportunity for sponsorship,” he said.

Lori Zoss Kraska, an underwriting consultant for several joint licensees and public TV stations, is advising stations in her network to check in with their most loyal underwriting clients. She has also advised stations to promote how public TV in particular is providing a valuable resource with educational content.

Zoos, museums and aquariums could buy underwriting spots. Such institutions are starting virtual tours and using Facebook Live to reach children. “An underwriter might not think of using underwriting dollars to promote those types of interactions, so I’m encouraging the teams I work with to ask what are the educational departments doing with their budget with outreach,” Kraska said.

Colleges and universities may also be seeking other ways to promote themselves as they are forced to cancel visits to campus by prospective enrollees, said Corey Lewis, former station manager for WBUR in Boston.

“Public radio is a perfect place to help parents and students figure this out before May, when final decisions have to be made,” Lewis said. “The time for this underwriting is right now.”

Lewis also said public media should consider spots for companies that may see sales growth as more people work from home, such as vendors of cookware, board games and workout equipment. Health insurance providers may also want to promote their response to COVID-19.

“The prospects are infinite for public media,” he said.

This story was updated to add additional context about underwriting revenues.