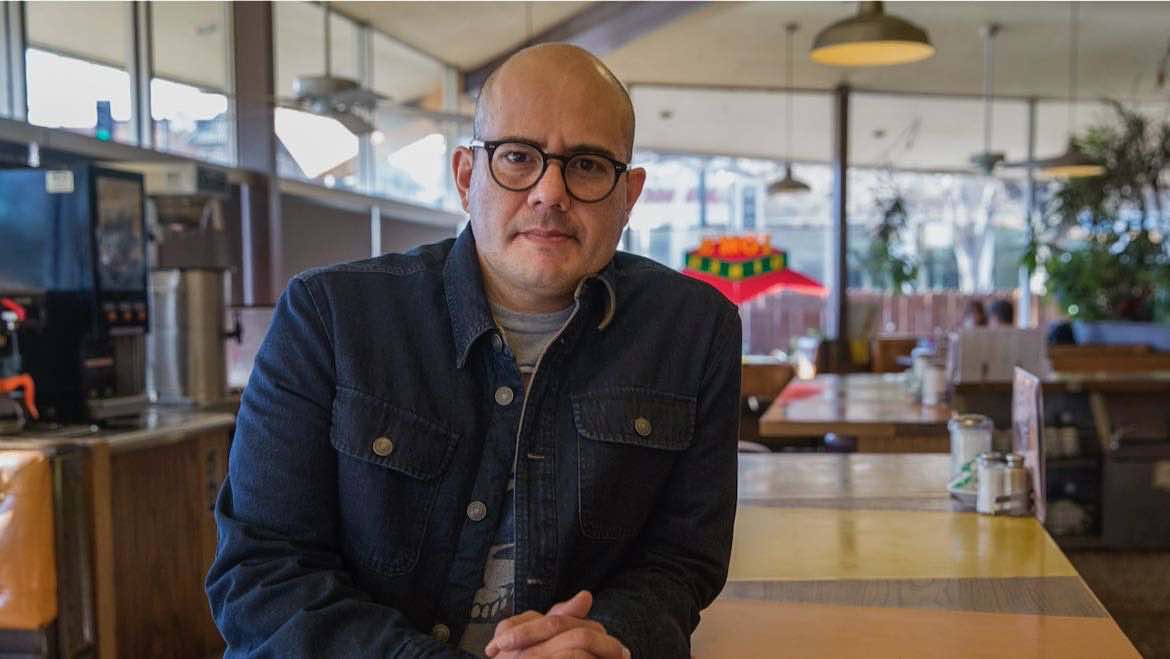 “I’m Vic Vela. A journalist. A storyteller. And a recovering drug addict.”

That’s how Vic Vela introduces himself as the host of Colorado Public Radio’s newest podcast, Back From Broken, which debuts Friday.

Back From Broken is what Vela calls How I Built This but with a focus on recovery. Vela, a host and reporter for CPR, draws out from interviewees stories of dealing with drug use, mental illness and physical ailments. He also opens up about his own history with drugs and recovery.

The show’s 10 episodes will drop every other Friday. Guests include singer-songwriter Anders Osborne, who discusses his own substance use disorder, and Boston Red Sox groundskeeper David Mellor, who became afflicted with PTSD after a car accident. Vela guides his subjects through their stories, sharing his emotional responses and celebrating their recoveries.

“At the time, I thought, my leg was crushed and I thought my dreams were crushed,” Mellor tells Vela in his episode. “But it literally turned out to be the luckiest day in my life.”

“Why was it such a lucky day for you?” Vela asks.

Vela’s personal experience sets Back From Broken apart from similar podcasts, said Rachel Estabrook, CPR’s news director. It’s “hosted by a guy who is in recovery who is really honest about his own experience,” she said.

Vela said that has helped him discuss such powerful stories with people.

“Not everyone can sit across from someone and say, ‘I’ve been in your shoes before. I know what that pain is like,’” he told Current.

Vela, 43, said he used drugs heavily for most of his 20-year career in journalism. He used cocaine regularly in his first job as a sports anchor for an NBC affiliate in Texas. His dressing-room ritual was putting on his makeup, fixing his tie and doing a line on the sink counter.

“Everyone has their own routines every day,” he said. “You may wake up and brush your teeth. For me, doing drugs was like brushing my teeth.”

Cocaine was Vela’s drug of choice. He also used meth, mushrooms and crack. “I was kind of like a garbage disposal,” he said.

His drug use continued after that first job. Vela continued to get high at work while a politics reporter for the Colorado Capitol Press Corps. “I’d take a hit off my pipe and go back and interview the governor,” he said.

Vela said he was good at hiding his problem. A “functioning addict,” in his words, he continued to meet deadlines and win awards for his reporting.

Things changed in 2015. That’s when Vela realized how much drugs had taken from him. He had been forced to file for bankruptcy in 2005. The next year, he became sick and learned he had HIV, possibly from intravenous needle use.

Vela remembers it to the minute: 3 a.m. January 24. He was lying on the floor of his bedroom smoking crack, his dog beside him. The walls started to close in.

“I had just finished the last bit of drugs I had on me,” he said. “I had no money. I wasn’t working. Drugs had taken so much from me.”

He was emotionally, finally and physically exhausted. He had tried to get sober before, but this time he was ready.

“Recovering from a hangover in your twenties looks a lot different than in your thirties,” he says. “I was willing to do anything to get clean. ”

He called a mentor he had met when he had tried to get sober a couple years earlier. “He said, ‘I’m going to take you to a meeting,’” Vela said. Vela’s road to recovery began.

As the host for Back From Broken, Vela describes himself as an open book.

“I believe in recovery,” he says in the podcast’s trailer. “And I believe this new podcast can give people some hope.”

Vela told Current that he hopes the podcast will help people know “what it’s like to go through hell.”

“I think news organizations do a really good job of reporting these things, but too many times you hear of statistics,” he said. “We’re putting a human face to it.”

How they built this

“I think this show should offer something to listeners going through this or if you have someone close to you who has,” Turner said.

CPR CEO Stewart Vanderwilt and Executive Editor Kevin Dale at first worried that the show would sound similar to other podcasts about recovery. To address that concern, Vela decided to expand beyond drug use to look at recoveries from a variety of types of trauma.

Turner drew on lessons gained from his participation in PRX’s Project Catapult, a training program for podcast creators at stations. He had learned to find an ideal listener for your podcast who could give feedback. Turner shared the pilot with a friend with a substance use disorder, who said he found hope listening to guests describe how they began recovery.

“When Vic talks about the show ultimately being about hope, talking with [my friend] has underlined for me just how important that is,” Turner said.

CPR also invited a focus group of people in recovery to listen to Back From Broken’s pilot as it was under development, an approach Turner said he would recommend for all stations launching podcasts. “Get a ton of feedback on your pilot,” he said.“That can guide your decision-making down the road.”

Turner said the focus group gave advice on word choice when discussing substance use disorders. Some members questioned Vela calling himself an “addict,” as the word can be stigmatizing. Vela said he has personal reasons for calling himself an addict, but he asks guests how they’d like to be identified.

Others in the focus group encouraged CPR to offer more resources within the podcast for people to get help. They also said they liked hearing how guests used coping strategies to stay in recovery.

Back From Broken is the second podcast CPR is aiming to monetize. Staff learned from launching CPR’s first ongoing podcast, On Something, that the station’s underwriting and membership departments needed to be brought into the process as early as possible. CPR is seeking underwriters for Back From Broken and exploring how listeners might want to support the project.

CPR’s supportive environment helped bring the podcast to life, Estabrook said. She said she tells colleagues not to sit on their best ideas and that not all pieces have to be in place before pursuing a project.

“If you have a passion project worth doing, do it,” she said.