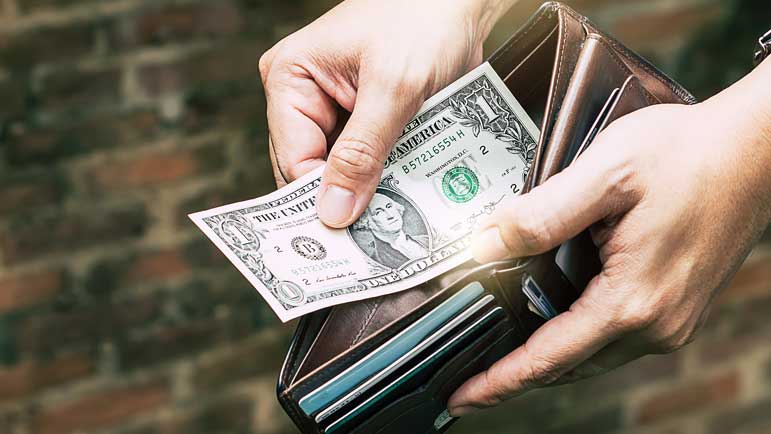 An experimental pledge campaign created by Ira Glass of This American Life is getting a trial run on about two dozen public radio stations.

Designed to bring in new sustaining members willing to donate $1 per month, the campaign offers listeners a special pledge premium — a digital collection of 48 episodes of This American Life hand-picked by Glass and accessible for streaming and downloads from a members-only website.

Participating stations will use a package of pledge spots recorded by Glass for their on-air campaigns. They’ll follow-up with these new members over the next six months with a series of emails written by Glass, encouraging them to donate at higher levels.

“It’s hard to do the pledge drive — everybody in the system knows that,” Glass said in an interview. “In a way, it’s a harder broadcasting job than actually covering the news — because from the moment you open your mouth … you’re asking people for money, which nobody wants to hear.”

The on-air campaign includes five audio spots, some including snippets of This American Life stories, in which Glass tells listeners why they should donate to public radio. Each message appeals to listeners by letting them in on a special offer to start by contributing just one dollar per month. In one spot, Glass says: “This offer is so low, frankly, we even worried about it messing up the rest of the pledge drive.”

Glass has a long track record of creating new and innovative campaigns for stations’ pledge drives. In one of his gutsier stunts, Glass called listeners whose memberships had lapsed and argued with them about why they should renew. In another, he stood outside a Starbucks and asked listeners why they were willing to pay for a coffee but not for public radio. In addition to the new spots, pledge modules that Glass has previously recorded for stations are available through PRX.

Glass said he developed his latest campaign in response to the “interesting and difficult challenge” that stations face in every pledge drive — giving listeners who haven’t already donated a reason to start.

Glass and Torey Malatia, CEO of The Public’s Radio in Providence, R.I., and Glass’ partner in launching TAL, discussed this perennial problem over lunch earlier this year. Malatia had been thinking about the pressures and conflicting goals of on-air fundraising, he said, and how to reach listeners who don’t donate. Public radio’s audience is “much larger than the membership,” he said. The conversation took off from there.

“We just kind of got into it,” Malatia said. “Sort of like, ‘What might be a kind of counterintuitive approach to seeing if we could get more people to participate in membership drives?’”

The Public’s Radio will use the $1 dollar sustainer campaign throughout its fall pledge drive, which runs Tuesday through Sept. 30, Malatia said. He’ll measure its success by how many new members the station attracts.

Other stations intend to use the campaign for one or two hours and see how it goes, according to Marge Ostroushko, station relations manager for This American Life.

“The people who are on board are enthusiastic,” Ostroushko said. Iowa Public Radio and WUSF in Tampa, Fla., are among the roughly 30 stations testing the modules this fall. Others intend to wait to see how the new system works out before using it themselves.

“Right now, at least, I am hesitant to lower that amount dramatically,” Nole said. “I am more interested in really pushing the value of what our listeners hear. … I’m unwilling at this point to lead the race to the bottom at a really, really low pledge level.”

Nole plans to follow the trial run, however. If stations succeed with it, she’ll consider running the spots in a future drive.

Malatia said he decided to run the campaign at full throttle because the only way to test the module is to deliver a consistent message. “What we’re trying to test here is not enhancement of the drive,” he said. He said he wants to try to attract new members by sticking to messages about “what we’re attempting to accomplish as an institution.”

From Glass’ perspective, the campaign offers stations another way to try something new.

“I think it’s going to be fun, and I also think listeners like it when they hear us try something different,” he said. “We just need to say stuff that has never been said before.”