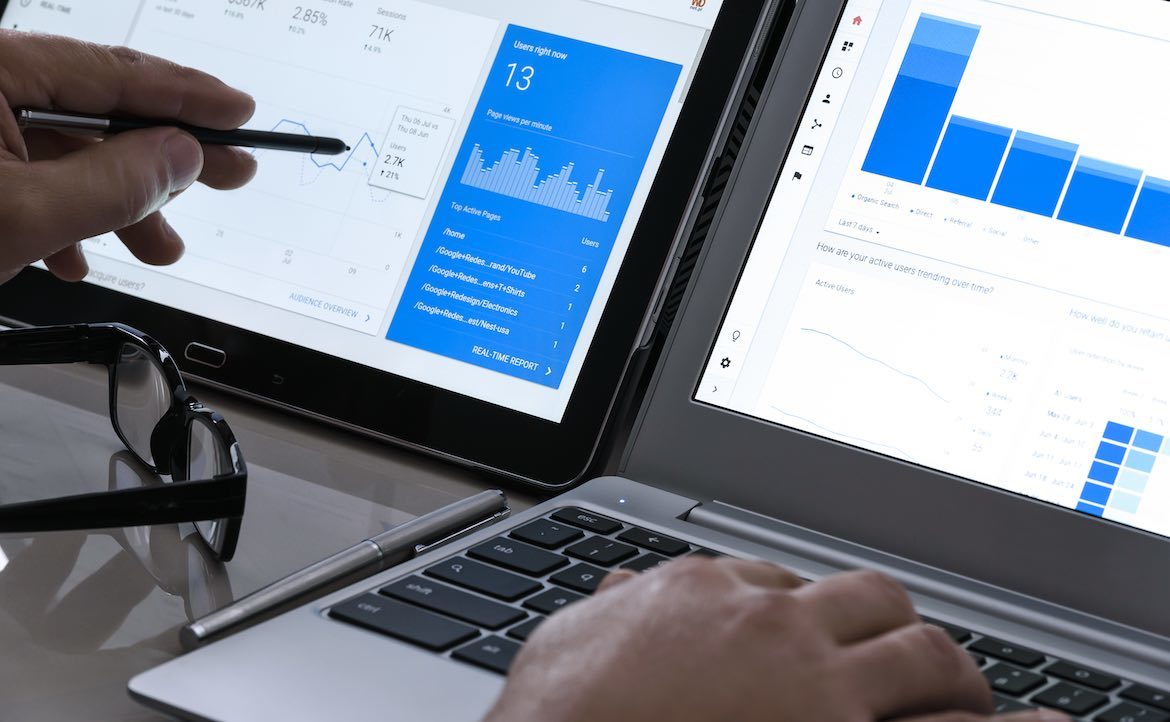 Websites of NPR member stations continue to ride a wave of audience growth fueled by the 2018 midterm elections and referrals from Facebook and Google, according to an NPR analysis.

A survey of 176 station websites released in April found a resurgence in traffic last fall and into this year after slight declines for most of 2018, according to Christina Macholan, NPR’s senior digital analyst of station analytics. Yet while website use has grown, listening to on-demand audio on station sites has dropped, and Macholan said she is concerned that listening to station-produced podcasts is not growing faster.

On their websites, stations were “really struggling to find new traffic growth” in the months leading up to the 2018 midterms, Macholan said. But total users across all websites surveyed increased 22% from the first quarter of 2018 to the same period this year. Average monthly users increased for three-quarters of the websites, Macholan said.

The bump was “much bigger” for stations than during the 2016 election, Macholan said. During the 2018 midterms, stations were “really leaning into what they have a competitive advantage around, which is knowing the most about what matters to their communities around the local election and issues,” she said.

Stations that were able to outperform their usual traffic were early in creating pages for local election results, Macholan said, which helped them get an edge in search traffic. Some stations also posted comprehensive coverage of local issues months before the election that readers found through searches throughout the midterm season.

Among stations that saw gains, Colorado Public Radio has made a strategic effort in recent years to increase web content and to produce “audience-focused content,” said Assistant Digital Editor Jim Hill. That included a voter guide for the 2018 midterm election that provided information about local races and explained ballot measures.

Macholan said she suspects that Facebook and Google also contributed to the sustained audience growth. Around the time of the election, Facebook launched features related to local news, such as “Today In,” which aggregates local news articles. Stations saw increases in social traffic to their sites.

Previously, changes to Facebook’s News Feed algorithm had contributed to a decline in social media traffic to station sites. Station site traffic from Facebook recovered to mid-2017 levels after a 62% increase in monthly visits from the first quarter of 2018 to 2019, according to NPR’s report.

Google search traffic also increased 16% over the same time period. Macholan described search as “the most important channel for our stations. … Seeing growth in that space as well indicates to us that Google is also experimenting with how they are elevating local content on their various digital platforms, search in particular.”

Stations are also seeing “more visibility on more specific search terms than they would have in the past,” she said. They typically get a lot of traffic from searches for station-branded terms, such as call letters. “But we’ve seen that that is not where stations are growing search traffic,” she said. “… Instead, it’s people searching for particular topics and getting to the stations’ articles that are on their website.”

NPR has been “paying close attention” to how news aggregators such as Flipboard and Apple News are driving mobile traffic, Macholan said. Those platforms are more accessible to national publishers, she said, and “we just haven’t seen our local stations benefit in those spaces as much as we at NPR have.”

Some opportunities to increase growth on news aggregation platforms depend on those apps developing platforms for local news, but it also “depends on us educating our network in public media about what opportunities do exist there and how to take advantage of them,” Macholan said.

In the realm of podcasts, some stations have found success with limited-run podcasts that tell one story or discuss a single topic, Macholan said. But she added that “we haven’t really uncovered a consistent formula for success in promoting those shows. That’s definitely one area that we want to collaborate with stations to understand better, so we can be giving clearer advice and helping stations find audiences for that content.”

CPR has been able to grow podcast listening through a concerted effort to make podcasts suited specifically to the medium rather than repurposing audio from its radio shows into podcasts, said Kim Nguyen, CPR’s digital platforms director.

Stations have also been seeing declines in listening to on-demand audio on their websites, such as segments on article pages. Macholan said her hypothesis is that the content is “getting crowded out by other audio experiences that people are increasingly familiar with and looking for.”

Still, “it’s surprising to me to see declines in that space when we are seeing growth on station websites overall,” she said.