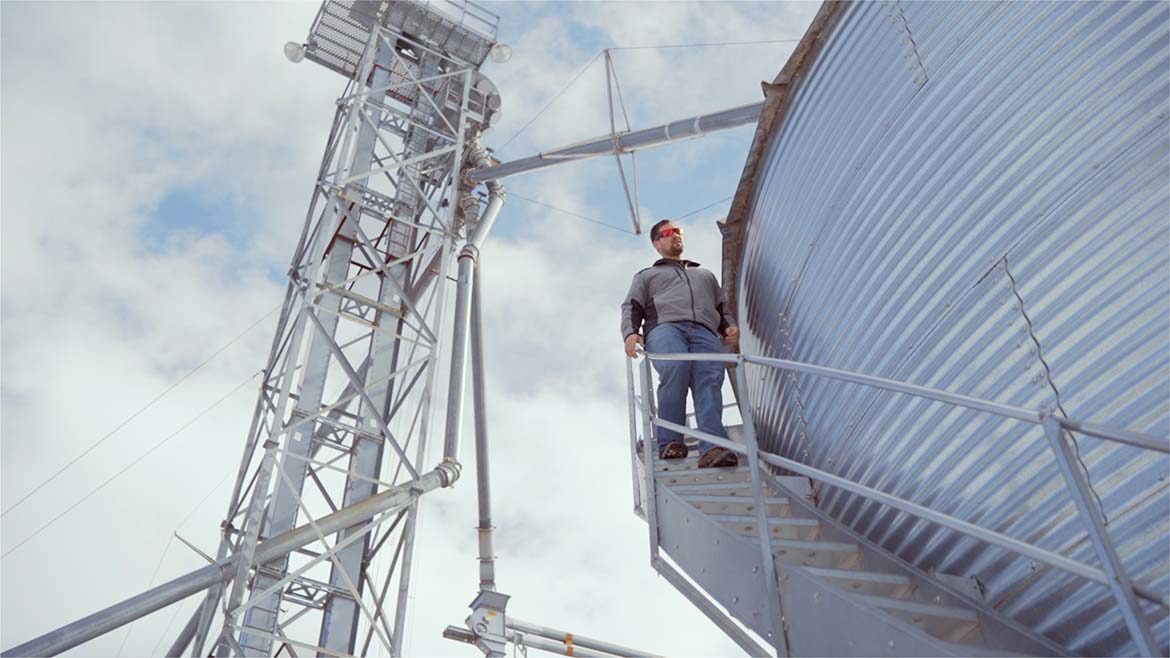 American Public Media has launched a new podcast that experiments with solutions journalism on a niche topic that’s mostly overlooked in mainstream media.

Field Work, which released its first episode today, taps into the expertise of two farmers from the upper Midwest, both of whom already have digital media followings of their own. The co-hosts will use each episode to explore how to address the environmental problems that farming practices can create, particularly in the water supply.

“We don’t have the pressure to have a hit like Serial,” says Annie Baxter, lead journalist on Water Main. “We’re building an audience in a different way.”

Field Work is banking on Mitchell Hora and Zach Johnson, two practicing soybean and corn farmers, to give the podcast a credibility with its target audience that conventional hosts could not. And both hosts emphasize how rarely traditional media presents the voices of farmers.

Field Work combines the organic, freewheeling style of independent podcasts with the professional production of a public radio show. Like many podcasts, the show’s hosts began producing media as a hobby on the side of their full-time jobs. But, like a big-budget radio production, Hora and Johnson have an editor to report to and a production team that cuts each long conversation down to something close to what Baxter calls “that 25-minute sweet spot.”

The result is what happens when an established media company experiments with a niche topic geared toward a niche audience. To Baxter, this doesn’t mean narrowing the scope of public media.

“We’re looking at trends in media and recognizing it’s a really crowded market right now,” she says. “There’s so many competitors to our business, and we need to do something more.”

For the first season, Field Work intends to release 12 to 15 episodes, each of which will release weekly as of Wednesday.

Hora and Johnson aren’t newbies at producing content, but with Field Work they are doing so with a legacy media outlet for the first time.

Hora, a 24-year-old who works on his family farm an hour south of Iowa City, Iowa, started his own podcast dedicated to soil health. Johnson runs MN Millennial Farmer, a YouTube channel featuring videos in which he uses a GoPro to document farming practices on his west-central Minnesota farm. The 34-year-old’s channel has more than 245,000 followers.

Johnson says he started the channel to bridge the gap between farmers, who make up less than 2% of the U.S. population, and non-farmers, many of whom he says harbor “misconceptions and half-truths” about some of the more controversial practices of agriculture. Practices such as using drain tile and growing genetically modified organisms are not inherently bad, he says, and they’re essential for his farm to be successful. At the same time, he believes farmers need to be environmental stewards to be successful as well.

“There’s such a disconnection between what really happens on farms and what is perceived to happen on the farms,” Johnson says.

Beyond bridging this gap, Hora and Johnson hope to use Field Work as a tip sheet of sorts for farmers and agriculture workers who want to pursue sustainable practices but need advice about how to do it.

Johnson, for example, says he’s tried and failed the last four years to grow cover crops — a sustainable solution to the problems caused by drain tile — to no avail. Most of the farmers he knows can’t afford to experiment with sustainable solutions, he says.

So why should farmers keep trying something that’s failed many times before? They need to, Johnson argues, “so that we have healthy soil not just next year, but 10, 20, 30 years from now.”

An episode on drain tile, for example, features a farmer from Indiana explaining how improvements to his drainage system helped preserve soil nutrients. On top of helping to sustain the environment, the drainage upgrade helped him grow more crops. The investment he made in the updated system paid itself off in a few years.

In a way, the podcast’s basic concept of solutions journalism is one public radio has been trying for years. Baxter envisions Field Work as “Car Talk for farmers,” except instead of calling in for advice on how to solve their problems, listeners will use the podcast and its website as resources for exploring practices that may or may not work on their farms.

Water Main launched two years ago as one of three content initiatives APM identified through a campaign spearheaded by President Jon McTaggart. Following a listening tour to identify coverage areas that APM could lead on, three broad topics — environment, education and health care — were whittled down to water, early childhood education and mental health. The water initiative became Water Main.

Since its launch in 2017, Water Main’s primary focus has been to collaborate with other units of APM, not to produce original content. Earlier this year, for example, Water Main helped APM Reports, the company’s investigative arm, report a story on water affordability in the Great Lakes region.

Baxter describes Field Work as the first initiative Water Main is producing “completely on our own.”

Still, its success is not a sure thing. Research shows that YouTube videos, and not necessarily podcasts, tend to be hits with farmers, Baxter says. That’s why Field Work will also release full episodes of the podcast, featuring videos of the interviews, on YouTube.

In emphasizing the podcast’s objective to encourage farmers to experiment with different techniques toward sustainability, Hora says he wants to prevent the alternative solution: “a one-size-fits-all blanket approach regulation.”  Such an approach, Hora says, could “run a lot of family farms out of business.”

“And that is the worst-case scenario,” he says. “Because every farm is different, there’s no one silver bullet, and regulation typically doesn’t account for that.”

Baxter, for her part, says the podcast will be “a really realistic conversation of what needs to be done and how they’re supposed to pull it off and what the roadblocks are.”

“I wouldn’t want to work on a project if we were greenwashing,” she says.