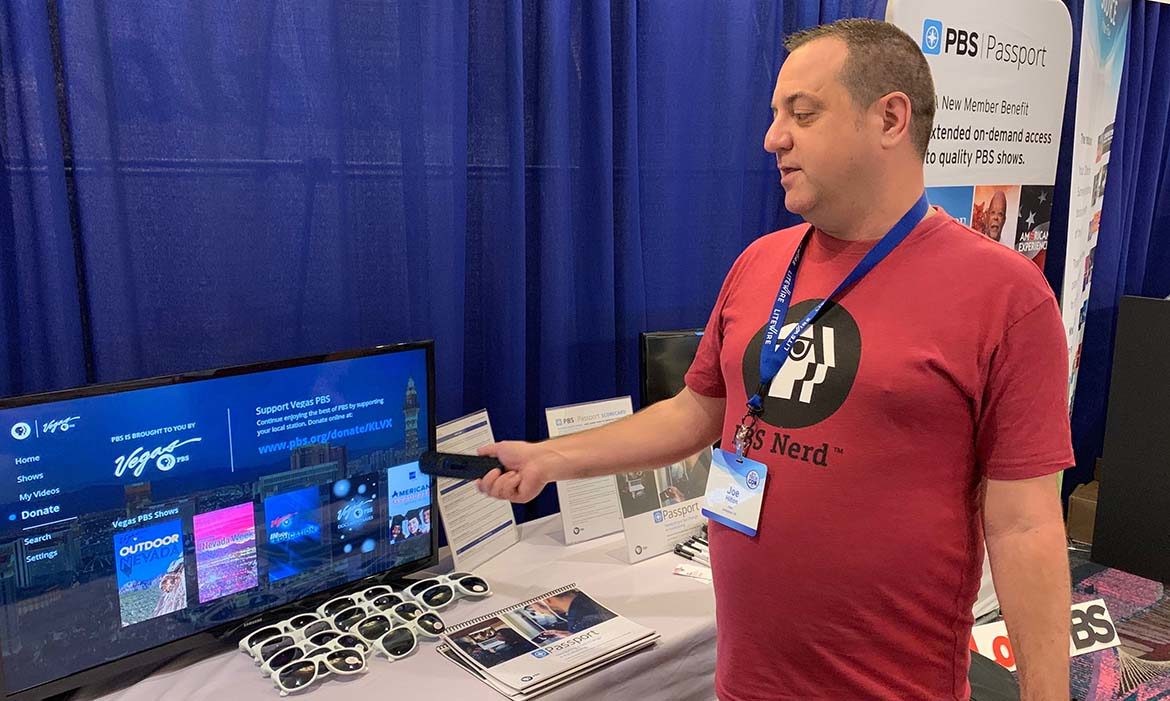 PBS and Samsung are putting finishing touches on a pair of apps that will make it easy for owners of Samsung smart TVs to stream national and local PBS shows.

Samsung apps for PBS Video and PBS Kids, both co-branded with local stations and enabling viewer donations, will be released in Samsung’s Smart Hub app store within the next two months, said Joe Hilton, senior manager of PBS Digital Support, who demoed both apps at last week’s PBS TechCon in Las Vegas.

The expansion to Samsung’s Smart TV platform builds on PBS’ strategy to serve digital audiences on the devices they choose. PBS Chief Digital Officer Ira Rubenstein underscored how challenging it is for the network to keep up with the explosion of video streaming platforms.

“I’m always worried about scale and our ability to generate apps and products that meet consumers’ expectations,” Rubenstein said Wednesday during the conference’s opening session. After revealing that PBS apps are “coming to Samsung TV,” he added, “Now we need apps for LG, Vizio and Sony.”

Samsung became the first TV manufacturer to offer PBS apps because it provided funds to support development and because its smart TVs are top-sellers, Rubenstein told Current.

The apps are based on HTML5 and custom-built for Samsung’s Tizen platform, he said.

PBS Digital contracted with an outside company for initial development and finished the work in-house, said Chris Koth, director of UX design.

The user experience for the Samsung PBS Video app, which features general-audience programs, is similar to what audiences find on Roku, Apple TV and other platforms. Viewers scrolling through the “Spotlight” content band will discover a show from their local station featured alongside three high-profile PBS shows. They can browse content bands of new videos, scroll through program genres or dive into collections of popular series.

The Royal Collection, for example, features episodes from the latest season of Victoria, the Masterpiece miniseries that completed its broadcast run in March. Its eight episodes appear with the Passport icon, indicating that the shows are available exclusively to donors who qualify for the membership video-on-demand service.

The app also provides personalization. “You can add a show or a collection to your watchlist, and your viewing history is remembered,” Hilton said during a presentation of the PBS Video app’s features. It remembers when a program stream is interrupted and invites the user to resume watching shows they didn’t finish.

The PBS Kids video app provides a different experience. It opens with a window of the live feed of the PBS Kids 24/7 channel, which expands to full-screen after several seconds. “We hope to catch their attention with a live show,” Hilton said.

Users can also choose on-demand viewings of PBS Kids series, which typically offer four episodes at a time. A button for “Grownups” in the upper-right corner of the screen provides a menu that allows adults to designate their local station, donate or enable closed captioning.

With the Samsung apps nearly done, PBS Digital wants to create customized apps for each major TV manufacturer. Vizio will likely be next because its operating system is easier to develop for, Hilton said.

“I would stress that this isn’t easy because there are so many,” Rubenstein said, referring to the many options for app-enabled OTT viewing. PBS stopped offering apps for Xbox and Windows 10, he said, because the platforms weren’t attracting audiences.

By fall, all apps offering PBS video streams — including those on Android TV, Amazon Fire TV, Apple TV, Roku, Apple iOS and Android — will be updated with PBS’ new branding, Rubenstein said. The brand refresh will be completed by November, when PBS begins celebrating its 50th anniversary.