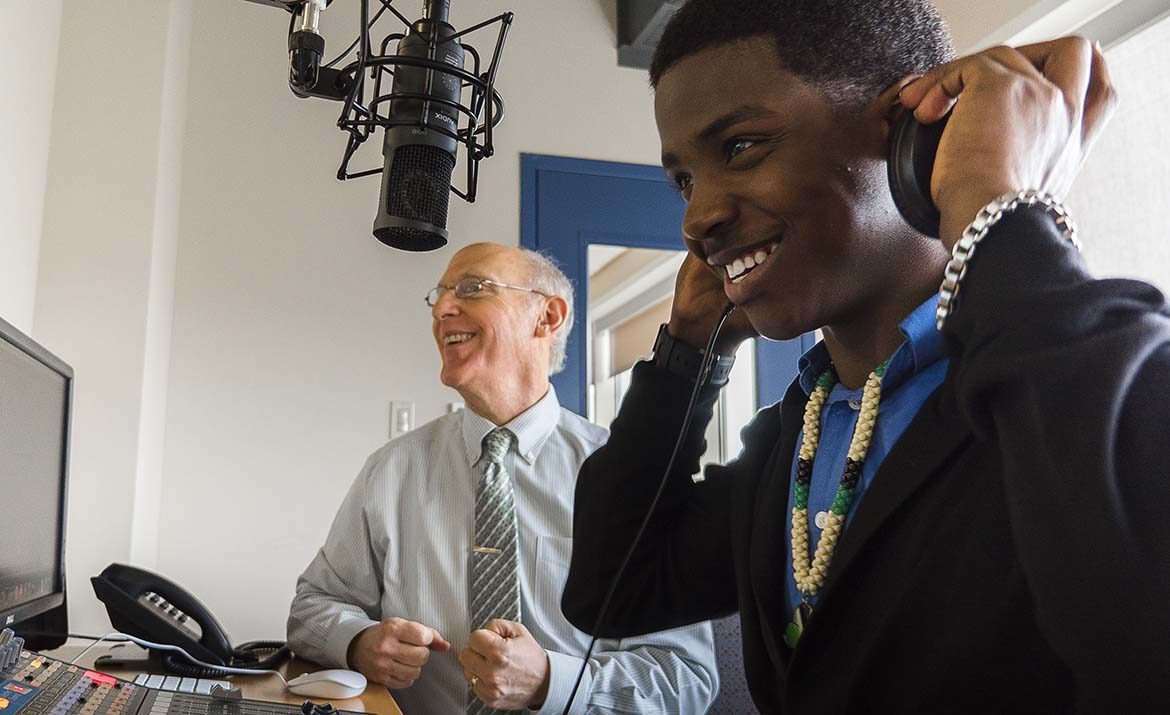 Connecticut Public is revving up plans to build an education and media hub at the historic public library in Norwalk, Conn.

The project will boost CP’s visibility in southwestern Connecticut, incorporating a broadcast studio, flexible meeting spaces and regional news bureau into a 24,000-foot expansion and renovation of Norwalk’s main library.

Alex Knopp, president of the library’s board of directors and former Norwalk mayor, said he hopes the project will be finished in three to four years. But CP will bring its education classes to temporary classrooms within the existing library space by September. The library will also carve out office space for a radio reporter who will cover southwestern Connecticut.

The partnership extends CP’s educational initiative for high-school students and veterans into a third city and the first library location. Conceived from CP’s strategic plan to bring community-based programs into more cities, the expansion has been spurred in part by the proceeds from the 2017 television spectrum auction. But CP’s project in Norwalk is backed by funding from the state.

Leaders of Connecticut Public and the library came together last fall. Both organizations were in the midst of separate strategic planning initiatives, and the public broadcaster’s plan to buy a former bank building in Norwalk had just fallen through.

They modeled the collaboration on WGBH’s studio partnership with the Boston Public Library, which features a 1,000–square-foot, street-level open TV and radio production studio in one corner of the library’s recently renovated central branch, the Johnson Building. The studio, which opened in 2016, is surrounded by an open space and a café that easily accommodate audiences for live broadcasts and music performances.

Teams from CP and the Norwalk Library toured the Boston Public Library studio and returned enthusiastic about partnering to adapt the concept for their partnership.

“Libraries are having a real moment now,” said Donna Sodipo, CP’s VP of education. “We took a trip there to see how they built it out. If we have a dream, it would look like what they did in Boston.”

“For the Norwalk Library, it is a once-in-a-lifetime opportunity,” said Knopp. “We were embarking on an expansion project at the same time that they were moving into southwestern Connecticut. The idea is to have overlapping facilities and programming we can share that neither [party] could do by themselves.”

Norwalk’s population is growing, he said, and the library’s multipurpose space is often stretched beyond its 150-person capacity for events such as tax-preparation seminars and author lectures.

The renovation and expansion plans for the Norwalk Library include space for a 300-seat auditorium, flexible learning and meeting spaces and an outdoor café and patio, Knopp said.

The library had received a $50,000 planning grant to jumpstart the strategic review. City authorities with direct oversight recently approved another $450,000 in capital funding for the 2020 fiscal year starting July 1.

The library’s board will present the conceptual plan at a series of public hearings this spring before moving on to architectural drawings, design and engineering recommendations and a cost assessment for the project. The Norwalk Library operates as a city agency not a nonprofit, Knopp said.

Connecticut Public received a $1.5 million state grant for its Norwalk expansion. Sodipo said the funds are teed up and ready to go once the library has a green light.

Both sides said they will jointly seek additional state funding.

For CP, the library partnership builds on an education initiative that began in Hartford, location of the public broadcaster’s headquarters. In 2012, CP opened a 20,000–square-foot, state-of-the-art learning center offering classes for high school students by day and veterans and adult learners at night.

Called the Hartford Media Center, it was designed to provide classes in video, animation and graphic design for high school students enrolled in the city’s Journalism and Media Academy. About 50 students passed through the program every year.

The center also offers classes to military veterans — providing media training and courses on transitioning to the civilian world, for example. The Center’s program for vets includes training to complete a Project Management Professional certificate. CP said 85% of those who earn the certificate find jobs after.

“To just focus on Hartford seems very narrow. We are licensed to serve the state,” she said.

For the past three years, CP’s education team has been creating a media literacy curriculum at Norwalk High School. Once completed, the public library expansion will provide an outside venue for 50 seniors enrolled in the school’s Digital Media and Communications Academy, Sodipo said.

The education expansion is powered in part by $32.6 million in proceeds that flowed into Connecticut Public’s endowment in late 2017 from the FCC’s spectrum auction. CP was one of a handful of public broadcasters that made a public commitment to using some of the funds for education. With its endowment now at $44 million, CP continues to allocate 4% to 5% of annual endowment earnings to operations and strategic priorities, including its education services.

Still, its spending on education has fluctuated to align with other revenue changes, such as the withdrawal of a key sponsorship that took effect in fiscal 2019. Total spending dipped this year, but the cushion provided by auction funds helped the broadcaster retain existing educational programs and staff, Sodipo said.

CP extended its work on Thinkalong, a web-based learning tool to help middle schoolers build critical thinking and debate literacy. The foundation-backed project curates and packages public media content for educational use. When its one-year grant expired, CP was able to proceed with plans to scale it up, Sodipo said.

“When you have the extra dollars, you can build and retain education staff,” Sodipo said. “It keeps the momentum of our work going without downsizing.”