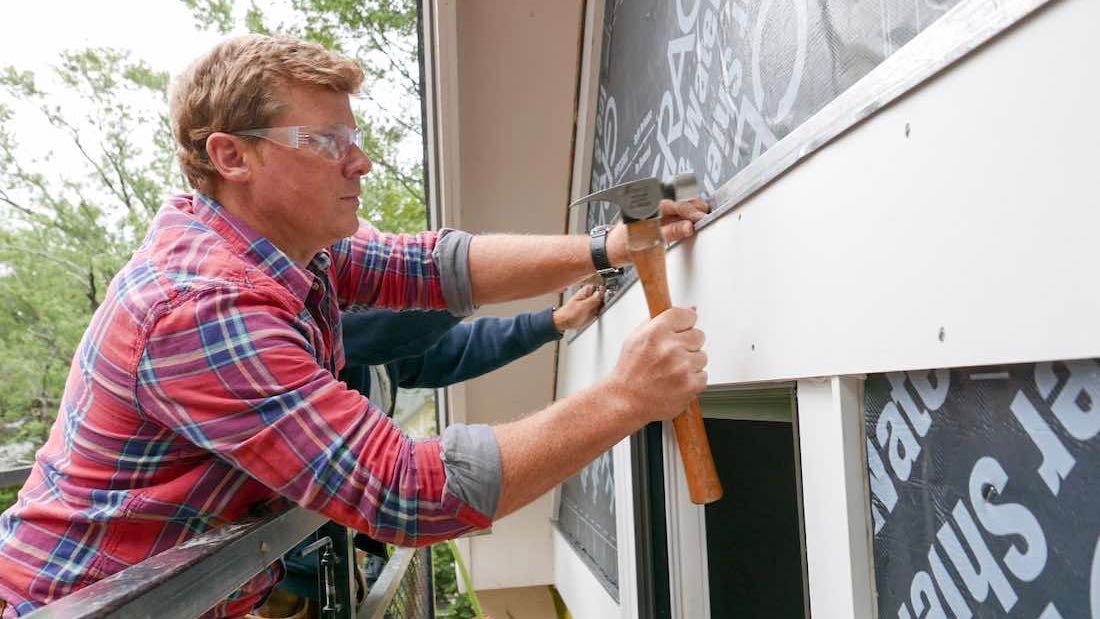 Kevin O'Connor works on a project on "This Old House." Select episodes of the program will be available on the streaming PBS Living lifestyle and how-to channel.

PBS Distribution, which is overseeing the channel deal, is also “restructuring and extending” its partnership with Amazon on PBS Kids content, PBSd Co-President Andrea Downing told station GMs in an email Thursday. Several episodes of the children’s series will gradually shift from Amazon Prime to their own Prime Video subscription channel.

PBSd, a partnership between PBS and WGBH in Boston that handles digital and video sales, is also negotiating deals with other platforms for the PBS Living channel, Downing told Current.

Subscribers will pay $2.99 a month in addition to their Amazon Prime membership to watch episodes of iconic series including This Old House, Antiques Roadshow and The French Chef, Downing said in the email to GMs. Newer programs available on the channel include the food show Milk Street and travelogue No Passport Required.

Revenue from OTT deals goes to PBS producers and programs, Downing said in an interview. She said PBSd is also negotiating rights to PBS Living content for Passport, the members-only streaming service.

“The value proposition of Passport as a member benefit is really strong,” Downing said.  Sustaining members get access to “a very broad assortment of programming, of which lifestyle is just one part,” she said. “When we think about PBS Living, we look at it as a niche service.”

PBSd’s focus has evolved over the years from DVD sales to electronic sell-through (also called “download to own”) and then to subscription video-on-demand licensing agreements. “That work has grown substantially,” Downing said. “Within that space is direct-to-consumer video on demand,” she said, such as HBO Go and CBS All Access.

While those networks are investing in their own platforms, Amazon Prime Video Channels led the way in offering a “managed platform” approach that allows content producers to present shows without building a platform, Downing said. Currently, PBS Kids content is on both Amazon Prime and the PBS Kids Prime Video add-on subscription channel.

PBS Kids series exclusive to the Prime Channel will be Pinkalicious & Peterrific and Let’s Go Luna!, Downing said in the email to GMs. Super Why! will move to the channel in July. Splash and Bubbles will shift in August 2020. New PBS Kids series over the next four years will also land on the Prime Video channel.

GM Susi Elkins at WKAR in East Lansing, Mich., agreed. “It will always be true that our competitive edge is the local connection we have to our communities, but those audiences are increasingly media-savvy, and they want to engage with our content on platforms that are convenient to them,” Elkins told Current.

Securing rights and developing programming and distribution strategies in such a complex environment “is no small feat,” she said. “It would be tough for our station to be working on those negotiations independently, so I feel PBS’ leadership is necessary,” she said.

“As a station manager, I look at the new PBS Living channel as something that is also providing us with more content for our Passport offering,” said David Lowe, GM of KVIE in Sacramento, Calif. “It’s our job at the station to continue to market the use of our digital assets, which includes the PBS Video app and the Passport member benefit.”

Lowe said that without PBS and producing stations experimenting with revenue-generating ideas in the OTT space, “our system could see problems in the future. I’d like to be part of a strong system.”

“Time will tell which digital ideas were effective and which weren’t,” Lowe said, “but I think it’s important that stations and PBS try a number of different things.”