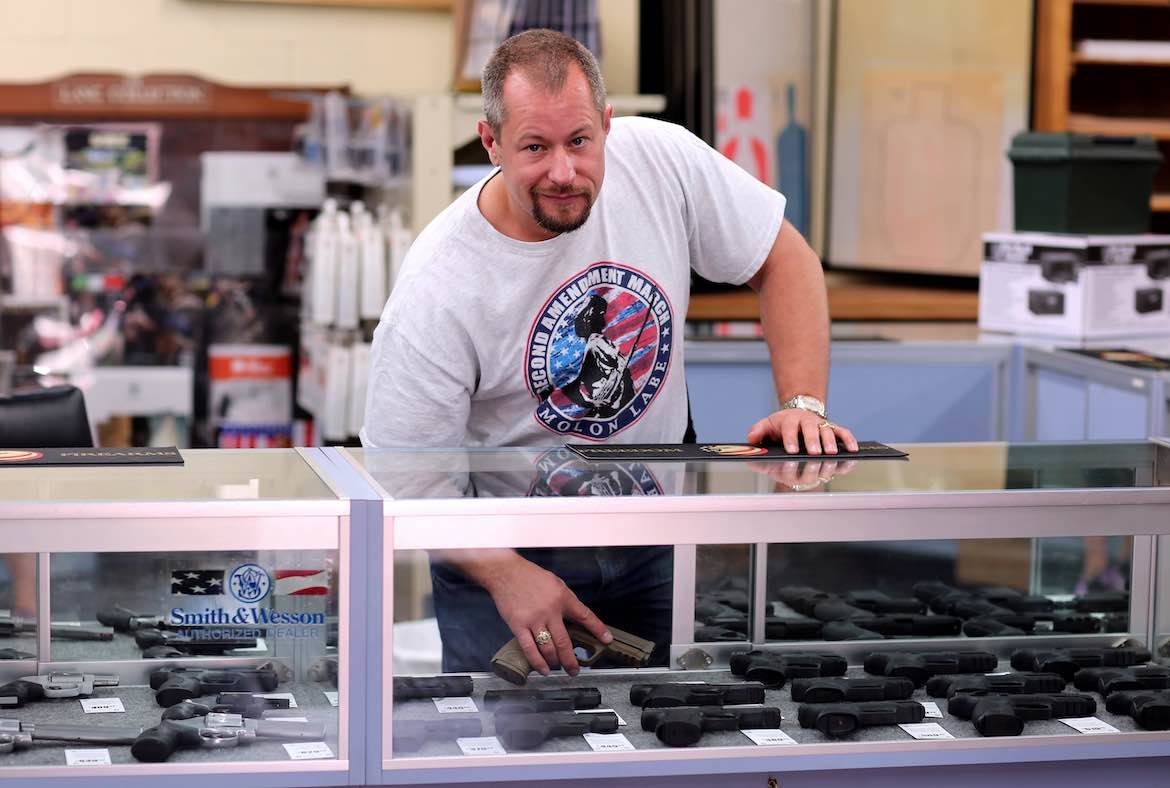 Joel Fulton, co-owner of gun store Freedom Firearms in Battle Creek, Mich., appears in the BBC-funded documentary "The Gun Shop," which will air on Illinois Public Media's WILL Feb. 7 as part of "Reel Midwest."

A new Midwest-centric documentary showcase is the latest in the rise of regionally focused independent film series on public TV.

Reel Midwest, currently in its first season Thursday nights on Illinois Public Media’s WILL-TV in central Illinois, spotlights 10 films and short film series with ties to the Midwest in either subject matter or director. The films focus on a wide array of subjects, including gentrification, gun ownership and fashion photography.

“I love independent films,” said Illinois Public Media CEO Moss Bresnahan, who spearheaded the program. “It’s one of the things that I love best about public media.”

A former board member for the Independent Television Service, which produces Independent Lens, Bresnahan has helped launch documentary showcases at public media stations in several regions. At South Carolina ETV, where he was CEO from 2001–08, he launched Southern Lens, which focused on Southern filmmakers. UNC-TV in North Carolina later collaborated with SCETV on the program, which became Reel South.

Later, at KCTS in Seattle, he launched Reel NW, spotlighting filmmakers from the Pacific Northwest.

Other stations across the country have followed suit. In 2016, Vermont PBS launched its own regional showcase series, Made Here.

In Illinois, Bresnahan can again draw from a wealth of indie talent. Reel Midwest has partnered with the powerhouse Chicago-based nonprofit documentary collaborative Kartemquin Films to air several of the studio’s documentaries. Selections include Kartemquin’s first film, 1968’s Inquiring Nuns, which served as the Reel Midwest premiere episode Jan. 3. The airing was timed to align with a 50th-anniversary theatrical re-release of the movie, which follows two young nuns on the streets of Chicago as they ask locals, “Are you happy?”

“We loved the idea, because it fits exactly with our goals of expanding our efforts toward building sustainable careers for Midwest-based documentary filmmakers,” said Tim Horsburgh, director of communications and distribution at Kartemquin. “Having meaningful localized distribution options is a key part of that work.”

The station will air a series of short films Thursday from Kartemquin’s Diverse Voices fellowship, including Parts & Labor, an early film by director Bing Liu, whose feature documentary debut Minding the Gap attracted immense critical acclaim last year and has been shortlisted for an Oscar. Minding the Gap focuses on Liu and his two skateboarding friends as they grow up together in Rockville, Ill., and will air nationally on POV Feb. 18.

WILL held a local screening and Q&A for Minding the Gap early last year before the film started racking up major year-end filmmaking awards. Bresnahan joked that the station brought Liu to town too early. “Now he’s a big star,” he said.

WILL’s partnership with Kartemquin began in 2017 when it aired the studio’s documentary miniseries Stranded by the State, about the impact of Illinois’ state budget crisis. Kartemquin partnered with the Chicago-based magazine In These Times to produce the series.

“Different audiences consume media through different platforms, and we knew that some of the viewers we needed to reach likely weren’t going to seek out that show on YouTube or through In These Times,” Horsburgh said. “WILL presented a great opportunity to reach them.”

The station is also looking outside of Illinois. Among other season highlights, Bresnahan pointed to The Gun Shop, a BBC-funded documentary that profiles customers at a firearms store in Battle Creek, Mich. Produced by Rogan Productions, it aired in the U.K. in 2016. WILL will air it Feb. 7.

“It’s a very unique approach to the question of guns,” he said. “It shows us who’s walking through the door of these little gun shops and who’s buying guns and why they’re buying guns.”

The films will air only on broadcast for now, but the station hopes to secure streaming rights for future seasons.