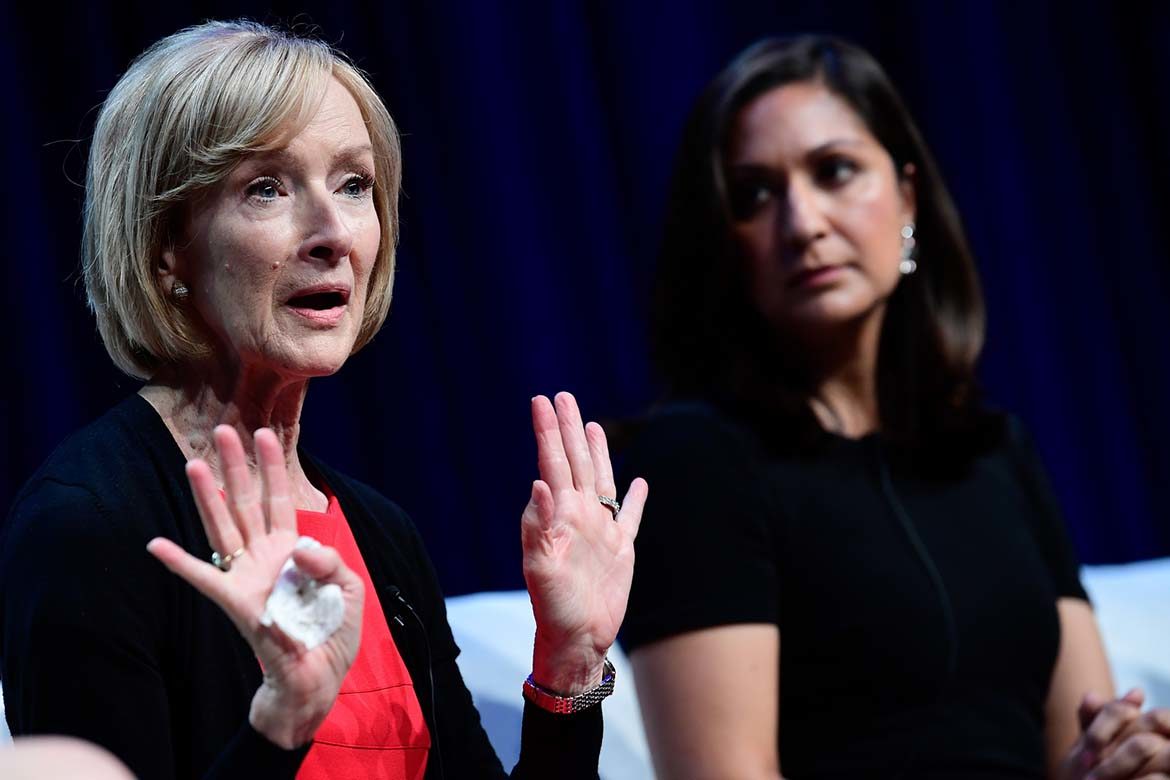 Woodruff speaks during a "PBS NewsHour" session at the summer Press Tour.

BEVERLY HILLS, Calif. — PBS NewsHour plans to beef up its political reporting of the midterm elections by building on its recent collaborations with member stations, focusing on congressional and gubernatorial races with national political significance.

During a Tuesday session at the Television Critics Association summer press tour, a panel of NewsHour journalists discussed details of the coverage plan, including a toolkit of customizable graphics that will be provided to stations for their election-night coverage on Nov. 6.

Over the past year, the NewsHour has been developing partnerships with PBS stations that produce news coverage. Journalists from Alabama Public Television and Iowa Public Television have appeared on NewsHour segments, for example, and digital reports produced by stations have been republished on the show’s website.

NewsHour journalists have also been moderating debates between primary and general-election candidates. Plans to participate in more face-offs are under discussion, according to a NewsHour announcement.

Races for Congress and gubernatorial elections are tremendously important, Judy Woodruff, anchor and managing editor of PBS NewsHour, told critics. “We can’t be in all 50 states,” she said. “So wherever we can depend on these folks, we do.”

On election night, PBS NewsHour will provide stations with live, customizable real-time election graphics and maps powered by Associated Press data. CPB funded the toolkit, which is designed to assist stations in distributing the NewsHour’s reporting and late-breaking news on Election Day.

There are nearly twice as many member stations as there are network affiliates for each of the major networks, said Lisa Desjardins, NewsHour Capitol Hill correspondent. “It’s a phenomenal resource.”

Woodruff, Just, Desjardins and national correspondent Amna Nawaz also described the special challenges of political reporting during the Trump administration. As an example, Woodruff said, the NewsHour team takes pains to avoid saying that the president or others lied.

“’Lying’ is not a term …  that we can use lightly because … you’re saying they did what they did with the intention to mislead, to misrepresent,” she said. “We can’t know what is in someone’s mind.”

The NewsHour team is more comfortable saying that a statement can’t be substantiated by facts or evidence, she said. Even that is a difficult thing to do, she added.

The first time she said on air “What the president said was inaccurate,” “I got a lump in my throat,” Woodruff recalled. “This is a different time.”