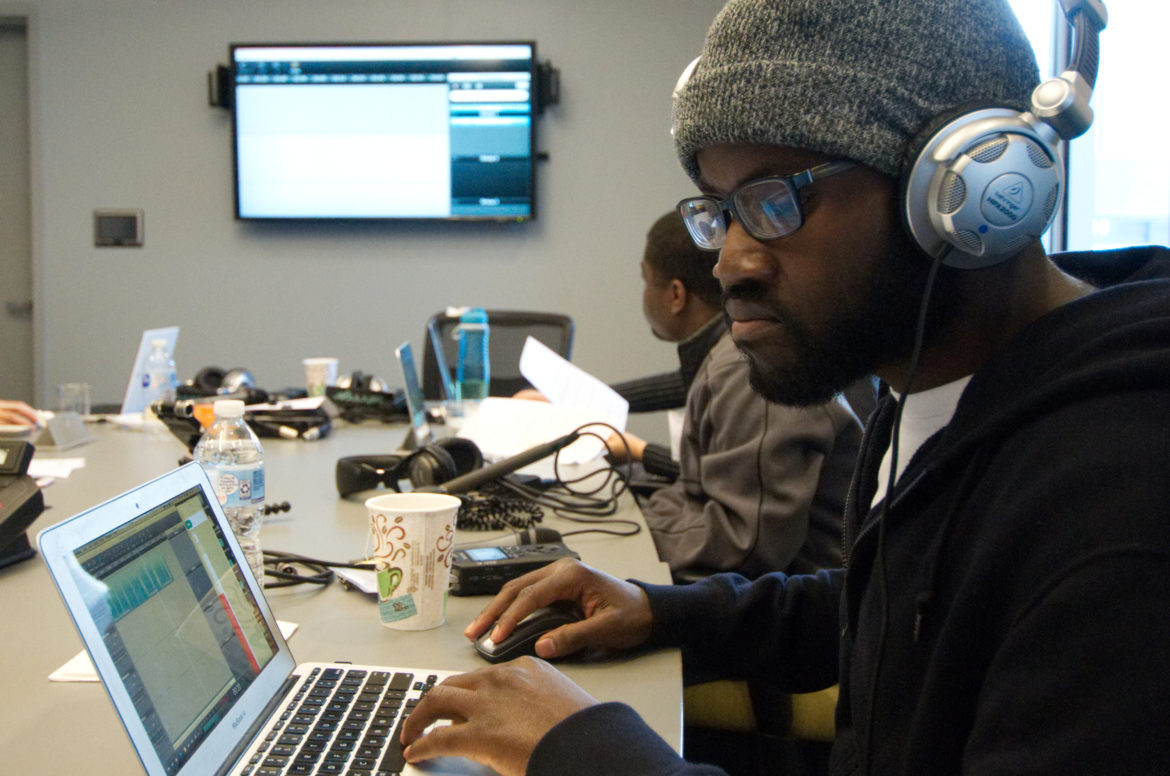 CHICAGO — When WHYY in Philadelphia researched the racial diversity of its audiences, it learned it had a lot of work to do.

The station “heard pretty loud and clear” that the African-American residents it spoke with in the Greater Philadelphia area “don’t always feel welcomed,” said Elyse Poinsett, WHYY director of marketing and brand management, during a Public Media Development and Marketing Conference panel July 11. “And there are things that we’re doing unintentionally, maybe in our branding or in some of our spots that are more targeted towards our P1 audience, that felt exclusionary to people who were just getting to know us.”

WHYY’s audience research also found that African-American audiences had a low awareness of the dual licensee. The station is now undertaking several projects to better understand itself and its audiences so that it can expand its reach to people of color. It also aims to create a pipeline of journalists of color to diversify its workforce. 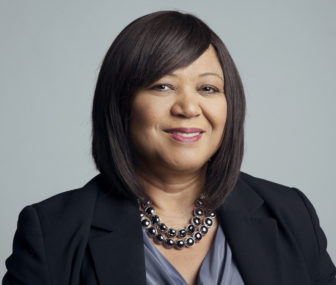 When journalism’s future depends on reaching and engaging new audiences, diversity is a business imperative, said Sandra Clark, WHYY’s VP of news and civic dialogue, during another PMDMC panel July 11.

Clark presented a case in point: WHYY’s staff is 7 percent black and 80 percent white, whereas the city of Philadelphia is 37.8 percent black, Clark said. WHYY 90.9 lacks a single local voice of color on air. Until recently, WHYY had no pipelines to bring people of color into full-time newsroom positions.

Though public media outlets have felt less disruption than their commercial competitors, the system still faces changing memberships and challenged business models. “We should be a lot more fearful of our industry going away than we are,” Clark said.

The station’s initiatives are intended to diversify audience, membership and staff. Another goal is “truthful journalism,” Clark said.

Clark has developed “Creating Culturally Competent Newsrooms,” a project that received a $75,000 grant from The Lenfest Institute. It includes cultural competency trainings for staff, an audit of sources used in the station’s journalism, and audio training for local journalists outside of WHYY. 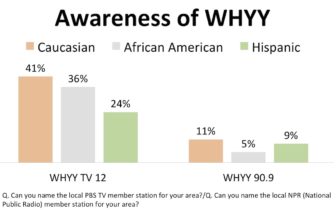 In in-depth interviews, African-American respondents in particular said they didn’t feel that WHYY’s content represented them. Respondents who were aware of WHYY said that the station wasn’t as engaged in their communities as its commercial competitors. 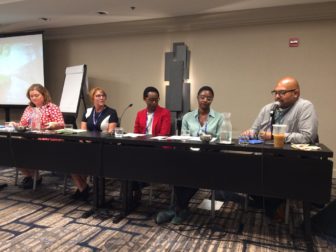 Building relationships with audiences of color requires deep community engagement and extensive outreach, such as sending street teams to events held by other organizations, Poinsett said.

As with the many multicultural audiences underserved by public media in the past, “word-of-mouth isn’t good enough, because we’re not in their network,” Poinsett said.

Poinsett compared the disconnect between WHYY and communities of color to how Facebook algorithms put its users in information bubbles. Research showed WHYY wasn’t accessing all networks equally. That was creating “inequities,” said moderator and public media consultant Andrew Ramsammy.

“Public media always says we’re the most trusted,” Ramsammy added. “I always say, ‘“Most trusted” to who?’”

UPDATE: This story has been updated to correct a statement made by Sandra Clark. The city of Philadelphia is 37.8 percent black, according to Clark.

One thought on “WHYY efforts focus on increasing racial diversity of staff, audiences”