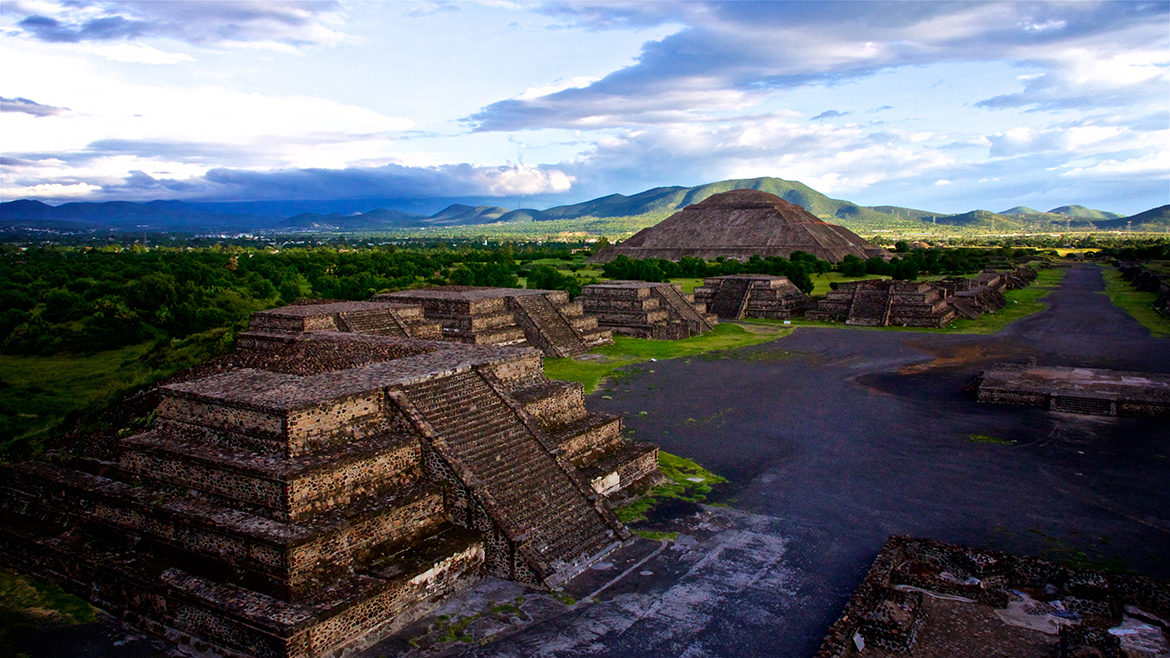 The sprawling metropolis of Teotihuacan thrived as a cosmopolitan city 1,500 years ago.

The four-part series, debuting its first weekly episode Oct. 23, draws on science, archeology and history to showcase an ancient civilization that spread across North, Central and South America. Yet its significance has been marginalized in the broader culture and within PBS primetime, acknowledged PBS VP Bill Gardner.

The scope of the television series, and its education and outreach components, make it one of PBS’ largest-ever Native American content initiatives, according to Cara White, PBS primetime publicist. The programs celebrate Native culture as a continuum that started 13,000 years ago and continues to flourish.

Gardner, a former anthropologist, said he was an enthusiastic champion of the series when Gary Glassman, a veteran Nova producer who is EP for Providence Pictures, presented his proposal. The pitch fit perfectly with PBS’ evolving commitment to present history programs that reflect the diversity of the nation’s past, Gardner said. 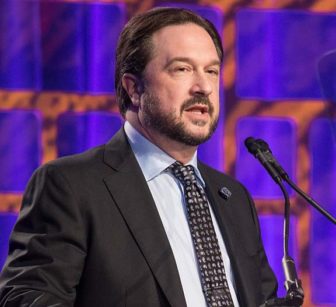 “There are multiple histories and stories that make up America, and I am looking at projects to highlight that,” he said. Gardner was drawn to the series’ sweeping depiction of an ancient civilization that has survived to present day. He recognized the opportunity to present a history that had been under-told on public television.

“Just like there is a Chinese world, a Middle Eastern world, that has its own spirituality … the [Native] culture is still here, the people are still practicing these beliefs,” he said. “I don’t remember anything that had this scale.”

The last blue-chip Native series on PBS primetime was in 2009 with We Shall Remain on American Experience — five documentaries about key events in Native American history starting in the 1600s, according to White.

To help Glassman and his team raise production funds, PBS opened doors to the Anne Ray Charitable Trust, a major source of funding for special PBS initiatives. The trust is part of the Margaret A. Cargill Philanthropies that support Native American art and culture.

Beth Hoppe, the chief programing executive who departed PBS in February, kicked in a portion of the budget to greenlight the production.

Gardner said he hopes stations can use the show “to deepen connections and break down walls.” To help, PBS offered grants to stations for local outreach.

Executives at stations that serve Native communities said they appreciate the funding and primetime real estate that PBS has put into this fresh new treatment of Native American culture.

“We do kind of chuckle because that [history] is a kind of common narrative here,” Joachim said. “We are surrounded by tribes and pueblos that have been around for 1,000 years. It’s part of our everyday working culture.”

“It’s something that I think will be an incredible contribution to understanding nationally,” said Fred Martino, content director at KRWG Public Media in Las Cruces, N.M.

Yo Ann Martinez, supervisor of community engagement external affairs at KQED in San Francisco, is working with the Amah Mutsun Tribal Band on a community screening event at the California Academy of Sciences.

“It’s hard to cover the whole of Native America,” acknowledged Martinez, who is Cocopah and Yaqui, describing the series. But she likes the spin. “It’s not a, ‘Woe is me, look how terrible things have been.’… These guys are trying something a little bit different.”

‘Where did it all start?’

Glassman, who directed the series in addition to his role as EP, is comfortable with productions that weave together science, ancient history and tradition. He was in field production for “Lost King of the Maya” when the idea for Native America was planted. The 2001 Nova miniseries was filmed in Honduras amidst the ruins of Copan, called “the “Paris of the Mayan world.” 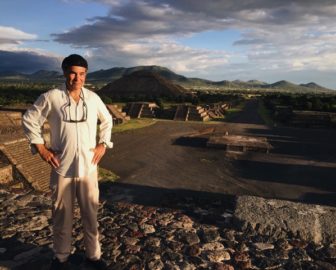 Glassman pauses during a shoot at Teotihuacan in Mexico.

“There was this amazing jewel of a city in the middle of the jungle with incredible architecture and writing, a pantheon of gods, and religion and rituals — and this was in the year 400,” Glassman said.

“Clearly … it was the result of hundreds if not thousands of years of development. My question at that point was, where did it all start? That was the springboard.”

The first episode of Native America highlights a discovery in New Mexico’s Chaco Canyon, where Native people living 1,000 years ago used vessels similar to the Mayans to drink chocolate. The beverage would have been transported thousands of miles from Central America. Archeologists also found depictions of brightly colored birds from even farther south and carved shells from the Pacific Coast.

Archeological evidence of trade and travel, reinforced by striking similarities in the celestial alignment of ancient cities across the Americas, sets the stage for an exploration of shared beliefs and culture linking Native America in each of the four episodes.

“There are stories based on exchanges of goods,” said Glassman. “But only in this past century have scientists found material physical evidence of those kinds of exchanges going on.”

Producers framed the series around tribal creation stories, moving through ancient civilizations and following a handful of tribes into the present. The arrival of Christopher Columbus in 1492 barely gets a mention.

Instead, the series reflects the endurance of tribal cultures as contemporary Native Americans continue to observe ancient traditions and honor sacred sites.

It examines Native contributions to American history and culture, including how the Iroquois Confederacy, which formed the first democracy in North America, helped shape the Declaration of Independence. Segments on contemporary life follow experts who are rediscovering Native American practices for sustainable management of forestry and fisheries. 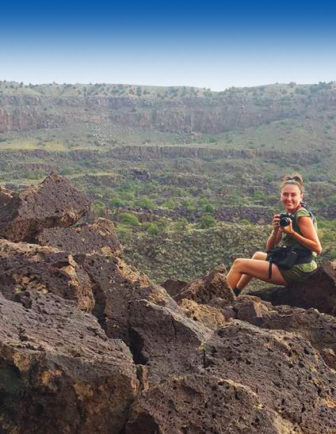 Series producer Julianna Brannum, Comanche, helped Glassman with research early on, developing different narratives and writing them into interconnected stories. In her role as talent liaison, Brannum worked closely throughout the process with Native nations and tribes to gain their trust.

“We would not tell the stories without their full support,” she said. “Even as a Native filmmaker, there is the possibility you could be getting these stories wrong, or not be fully accurate.”

Brannum’s tribe, expert horsemen who ruled the Great Plains, participated in filming the fourth episode. “That is an unusual story — we actually took this animal brought here to defeat us and built an empire based on it,” she said.

Brannum hopes that viewers’ two key takeaways from watching Native America will be “We survived” and “The knowledge we accumulated over thousands of years is extremely valuable.”