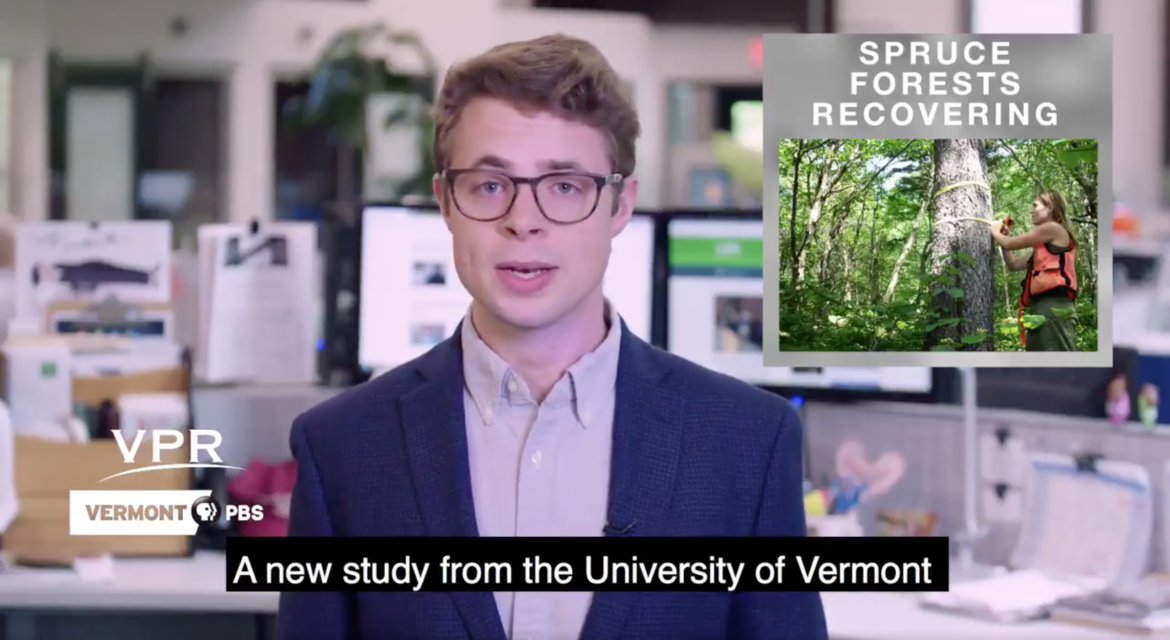 A new partnership between Vermont PBS and Vermont Public Radio is bringing the TV station’s viewers a 60-second roundup of the state’s top stories every Thursday.

VPR News Minute debuted June 7 with host Henry Epp, who also anchors VPR’s local All Things Considered broadcast. The segment draws on VPR’s reporting and is shot in the station’s Colchester newsroom, with Vermont PBS handling the camera work, editing and postproduction. It airs on Vermont PBS and appears on both stations’ social media platforms.

“The structure of the program is an experiment,” said Holly Groschner, CEO of Vermont PBS. “We thought … a 60-second format would allow us to put the local news right in front of our powerhouse PBS news program, PBS NewsHour, and provide a format that was shareable on social.”

In addition to airing before NewsHour, VPR News Minute broadcasts Friday mornings before BBC News and Thursday nights on a multicast channel, Vermont PBS Plus, before Democracy Now!

Here's @vprnet's Henry Epp with the VPR News Minute and all the details on:

The stations began discussing a potential partnership last summer, according to VPR Chief Content Officer John Van Hoesen, and recognized that teaming up VPR’s reporters and Vermont PBS’ producers could create a valuable product. The collaboration is also a response to the changing media landscape in Vermont, where newspapers have struggled to continue publishing.

“As times have changed, the need grew for public broadcasters to fill an educational and informational gap, so the opportunity to work together also grew,” Van Hoesen said. “One of the possibilities was to use the different resources and talents of each of our organizations and combine them.”

Though the segment doesn’t air on VPR’s radio stations, Van Hoesen said the station sees it as an opportunity to expand its social media reach. “It seems like a good starting point of combined resources to provide Vermont PBS with local news for its programming and to provide VPR with an opportunity for video newscasts for a new audience,” he said.

The first episode drew more than 1,800 views online. The second episode has received about 750 views.

The stations have a six-month contract for the program. After the contract expires, Groschner said, the stations will assess whether to continue or even expand beyond weekly broadcasts.

Since April, Vermont PBS has produced a similar one-minute roundup for Wednesdays with a host from VTDigger, a nonprofit news website. That partnership was a “growth exercise” for Vermont PBS’ production department as it took on a short, quick-turnaround segment, Groschner said.

“We have found that how we present the story needs both the human element of a reporter and some visual content to help support the story,” Groschner said. “And so how to do that best and get the message across quickly has been a great exercise for us.”

VPR and Vermont PBS are also exploring ways to collaborate on coverage of upcoming elections, including polls and debate broadcasts.

“It’s great when public radio and public television can come together and use resources together,” Van Hoesen said. “When you’re doing it, the thing that comes out at the end has higher value than what either one of us could’ve done on our own.”