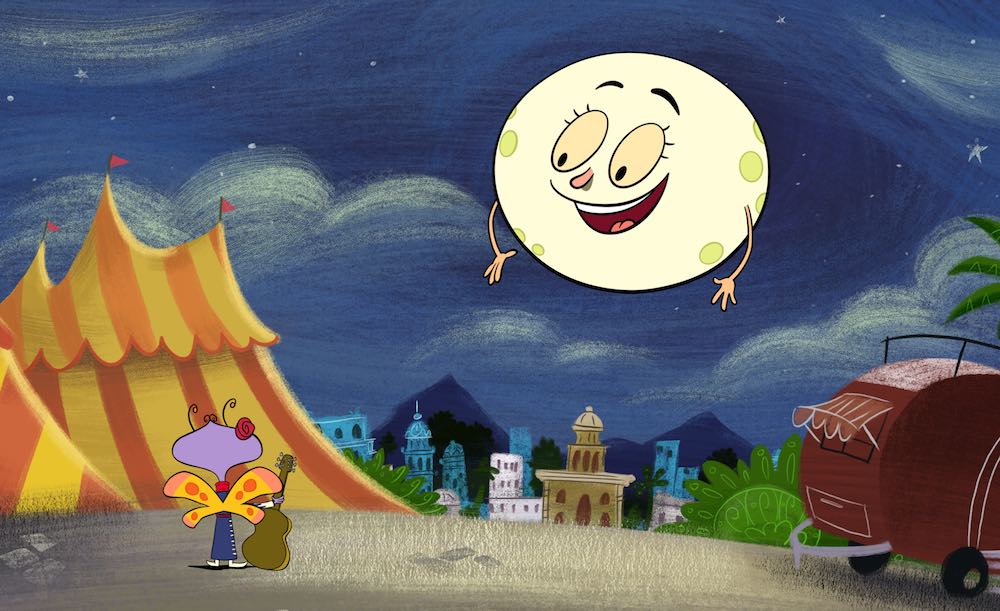 Luna the moon introduces children to countries around the world in a new PBS Kids series.

NEW ORLEANS ­— Attendees at the PBS Annual Meeting got a peek Wednesday at several new programs, including an upcoming PBS Kids animated series that will give young viewers a chance to learn about many cultures different from their own.

In Let’s Go Luna!, three kids visit countries worldwide as they travel with their parents’ circus, guided by their bouncy pal Luna the moon.

Creator Joe Murray of 9 Story Media Group said his two young boys inspired the series for preschoolers. “Because of them, I began focusing on what I wanted to contribute to entertainment and what I wanted my own kids to watch,” Murray said. “I wanted to open a world to kids that goes beyond their own block.”

Cultural advisers helped artists correctly capture each city’s people, food, architecture and other details for the series, which premieres in November for 4- to 7-year-olds. Episodes feature two 11-minute stories, with interstitials that tell folktales. Kids see four stories about each location.

Azza Ahmad, who served as curriculum adviser for stories on Egypt, said that because of her proximity to Hollywood, she often helps actors correctly voice Arabic accents. Ahmad is a lecturer on Arabic in UCLA’s department of Near Eastern languages and cultures.

But Ahmad said she also notices that many of those scripts reinforce stereotypes. She was especially pleased to assist Luna producers, who wanted to accurately and respectfully reflect cultures.

Ahmad created the Arabic text seen on buildings in the cartoon. She complimented the creators for including a headscarf, worn by many Egyptian women, on a butterfly character in Cairo. “There are wonderful moments like this throughout the whole series,” she said. In addition to teaching kids about faraway places, Ahmad said, the series “is also helping to break down stereotypes along the way.” 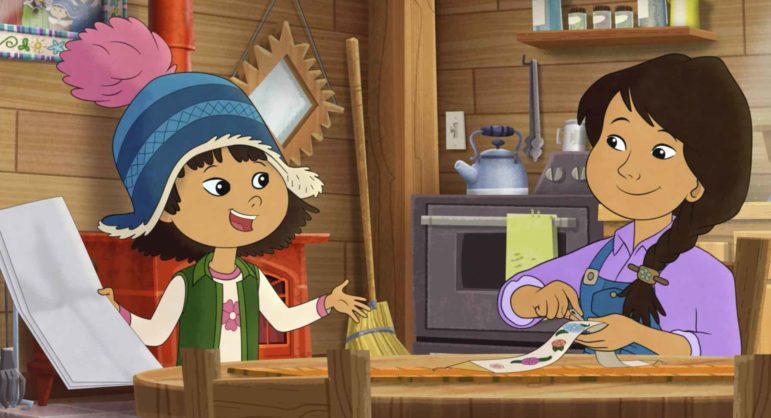 To ensure that Molly of Denali reflects its culture correctly, PBS is working with Alaska Public Media as a “key partner” on the series, said Lesli Rotenberg, SVP and GM of children’s media and education.

Each episode features two 11-minute stories and interstitials with live-action segments featuring children from regions across Alaska. The 38-episode series and one-hour special were funded in part by the U.S. Department of Education’s Ready To Learn initiative. Molly premieres in summer 2019.

The crowd at Annual Meeting also saw previews for projects that included a  documentary series launching this summer, Breaking Big from Ozy Media’s Carlos Watson, and a documentary from filmmaker Lynn Novick, College Behind Bars: The Bard Prison Initiative (w.t.).

Another subject, Carmen Yulín Cruz, joined Watson onstage at the Annual Meeting. The mayor of San Juan in Puerto Rico discussed her rise from grinding poverty to become the leader who stridently spoke out against what she saw as President Trump’s lack of attention to hurricane devastation on the island.

Inmates transforming their lives through higher education is the topic of Novick’s project. The four-part series is set to premiere in spring 2019 from Novick’s Skiff Mountain Films in association with Florentine Films and presenting station WETA.

Novick said she hopes the documentary “topples preconceived notions about prison and education.” The Bard Prison Initiative has conferred some 450 degrees to prisoners through Bard College in New York state.

Hall received his degree, earned his release and now works at the Ford Foundation as a program assistant in the Gender, Racial and Ethnic Justice Unit. “I hope this film proves how sensible educating prisoners is and just how seminal education is to our democratic values,” Hall said. 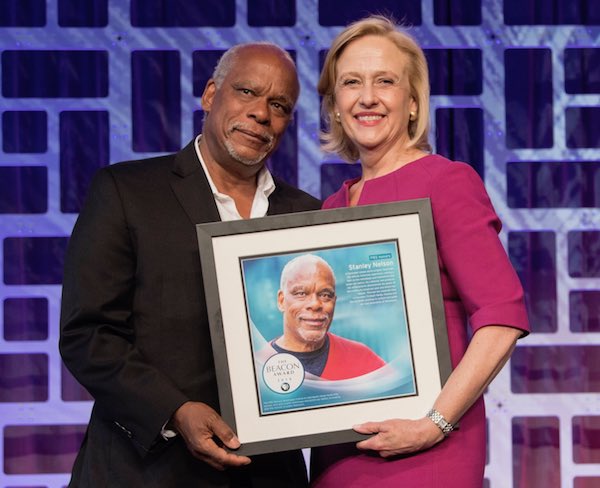 The crowd gave him a standing ovation.

Malcolm Brett, who recently retired after heading Wisconsin Public Media, got the Daniel K. Miller Station Leadership Award. And Irene Fink, who programs WXXI in Rochester, N.Y., was named Programmer of the Year by the Public Television Programmers Association — which also announced it’s changing its name to the Public Television Programming Association.

Kerger closed the Annual Meeting by announcing that the next conference will take place May 19–21, 2019, in Nashville, Tenn.