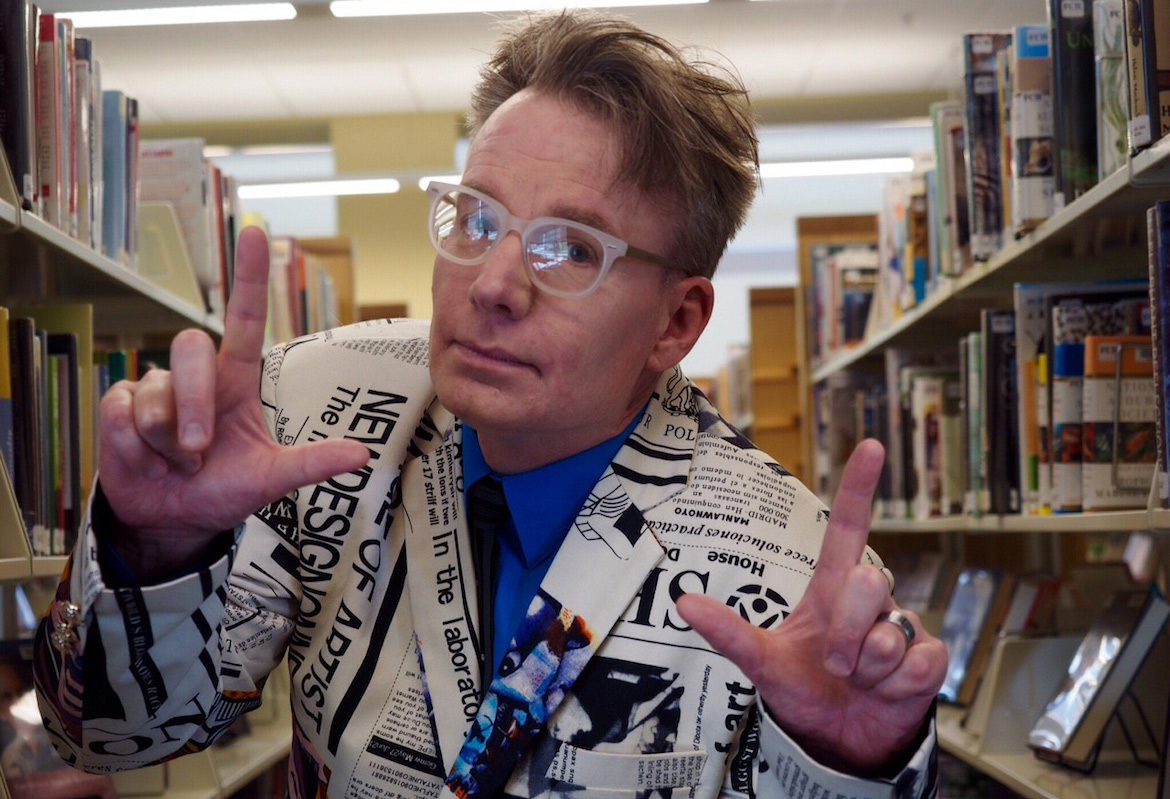 Beta is the first production to come out of WPR Next, an initiative funded from the station’s regular operating budget. WPR launched the project to “refresh its sound” and generate ideas for new programs, according to Mike Arnold, COO and director of content for the station.

“A lot of the shows that we’re airing have been established a number of years ago, so we’re trying to sort of … reimagine Wisconsin Public Radio,” Arnold said.

In 2016, WPR’s program management team asked staffers to come up with a substitute for Whad’Ya Know?, the nationally syndicated comedy and variety show that the station had canceled after 31 years on the air. The change allowed WPR to redeploy two full-time staff members, a technical staff and money used to produce WYK?.

The programming team chose a handful of the 70 ideas proposed for piloting and testing over two years. Some proposals became segments on the broadcaster’s statewide Ideas Network, devoted mostly to talk shows, and in other WPR programs. Two pilot episodes of Beta aired in May and October and received enthusiastic feedback from listeners, who said they “really enjoyed it and thought it was something different,” Arnold said.

“I think ‘Beta’ is doing something different in terms of being more playful and taking a few more risks but not going so far as to alienate public radio listeners.” — Doug Gordon, host and producer

Gordon has become a well-known presence at WPR since joining the broadcaster in 1999. He was a producer on Whad’Ya Know? until 2001, then became a host and producer for To the Best of Our Knowledge, a nationally distributed weekly WPR show that explores ideas through long-form interviews. In an effort to bring more “playfulness” to public radio, Gordon said, he’s now trying to incorporate core values of innovation and creativity into Beta.

“We’re trying to find stuff that hasn’t been covered to death, that isn’t on the air and that isn’t being covered by other public radio shows or podcasts,” Gordon said, “things that are often out on the margins.”

Gordon said Beta appealed to him after his work on To the Best of Our Knowledge because it gave him an opportunity to switch up his career path.

Arnold said Gordon brings a familiar personality and long track record of success to Beta. “Doug has always been kind of hard to put into one box in terms of what he does, and I think that’s really what he brings to the show,” Arnold said. “He’s both smart and funny at the same time.”

Gordon said he hopes the content and his interviewing style will give the show a broad reach and cater to listeners of all ages who are interested in pop culture.

“I try and take a different angle with the interviews,” Gordon said. “I often try and disarm guests, not in an ambush-journalism way, but in a friendly way to try and get new angles.”

Given its small but experienced staff, Arnold said Beta is well-suited to air on the weekend, aiming to draw in established WPR listeners and new audiences that don’t typically listen to the network.

“Although our bread and butter is sort of in our weekday programming, I always think that the weekend can be sort of like the welcome mat for listeners to turn in,” he said.

WPR is committed to producing Beta for at least a year. During that time, it will also explore ways to distribute Beta’s content. “One of the goals for Beta is to not just be a radio program, but to be more of a content hub,” Arnold said. “We’re hoping BETA will allow us to try a broader range of digital content ideas, including podcasting, video, graphics and other approaches.”