PBS is disagreeing with YouTube’s plans to label the network as a “publicly funded broadcaster” on the video platform. 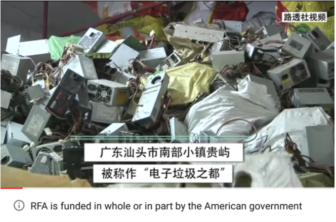 “If a channel is owned by a news publisher that is funded by a government, or publicly funded, a notice may be displayed on the watch page of the videos on its channel,” YouTube said in an online statement.

“Labeling PBS a ‘publicly funded broadcaster’ is both vague and misleading,” PBS told the Washington Post in a statement for an article published Saturday.

“YouTube’s proposed labeling could wrongly imply that the government has influence over PBS content, which is prohibited by statute,” PBS’ statement said in part. “If YouTube’s intent is to create clarity and better understanding, this is a step in the wrong direction.”

PBS and YouTube have been in discussions about the issue for about two weeks, spokesperson Jennifer Byrne told Current. “We hope to resolve the issue as soon as possible,” she said.