WASHINGTON — Jacquie Jones was remembered as fierce, brilliant, loyal and funny by friends, family and public media colleagues at her memorial service Saturday.

Jones, 52, died Jan. 28 of breast cancer. Caryn Jones, a cousin who spoke, acknowledged that many friends were stunned by the news. She said that Jones chose to keep her illness private. 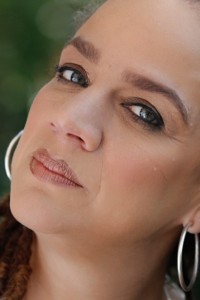 “So many of us were shocked to hear that she was sick,” said Alexis Aggrey, a close friend to Jones and a producer on the Peabody-winning 180 Days: A Year Inside an American School. But Aggrey said she later realized that “had we known, my interactions with her would have been far more pitiful. And she didn’t want that. She wanted to be able to be Jacquie Jones, to the end. And she was.”

Jones was a respected filmmaker, a public media pioneer, a mentor, a Girl Scout leader, a wife, a mother. Several speakers noted her special talent for bringing people together. Her brother, Chipp Jones, told mourners that she introduced him to veteran public radio producer Sue Goodwin, his “wife and soul mate.”

Noland Walker, VP of content for the Independent Television Service, asked anyone in the audience who had been introduced to someone else by Jones to stand; a majority of the mourners rose. “She was a connector,” he said.

Walker recalled that ITVS hired him when Jones encouraged him to apply for a job — a position that she’d turned down.

Walker and Jones were lifelong friends. In a written tribute in the memorial program, he noted that by age 25, Jones “was a skilled carpenter, an impressive watercolorist and an accomplished poet who had won the friendship and admiration of the great Gwendolyn Brooks.”

Veteran director Orlando Bagwell’s tribute in the program said that Jones “was my partner in the early days and was never afraid to take risks and creatively work her way through the arduous work as a filmmaker.”

Washington Mayor Muriel Bowser sent a tribute read at the service by Sheila Alexander-Reid, director of the city’s Office of LGBTQ Affairs. Reid paused to relate how years ago Jones corralled her into selling advertising for the national magazine Black Film Review for no pay.

“Those of you who knew Jacquie knew she wouldn’t take no for an answer,” Alexander-Reid said. She added that Jones “could see the potential in you even when you couldn’t see it in yourself.”

Jefferi K. Lee, GM of Howard University’s WHUT-TV, read a proclamation of condolence from the university’s board of directors. He remembered Jones, a Howard alum, as “a lifelong learner.”

Marie Nelson, VP of news and independent film for PBS, ended the service with a recitation of Maya Angelou’s “When Great Trees Fall.”

CPB will create a scholarship in Jones’ name for young women of color interested in filmmaking. Details will be announced at the PBS Annual Meeting in May.

Watch the service at the National United Methodist Church.