Beth Hoppe, chief programmer at PBS, will leave the network later this month to take the position of SVP of long form content for ABC News. 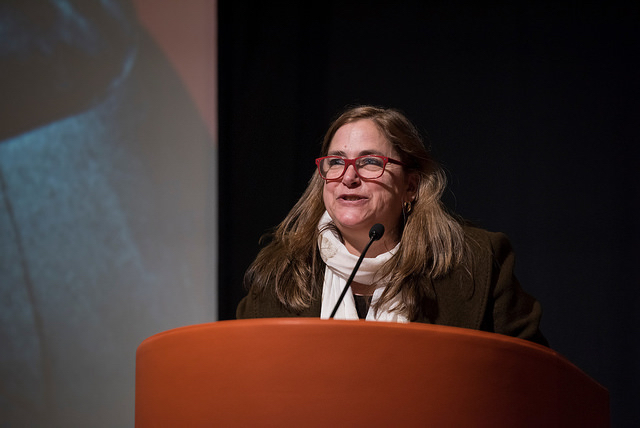 Hoppe speaks at a December 2017 screening and Q&A in New York City marking the premiere of Season 2 of Victoria on Masterpiece.

PBS President Paula Kerger announced the news to GMs in an email Friday. Kerger said Hoppe has “done a great job” in her seven years at PBS and credited her with helping PBS become the sixth–most-watched network.

Kerger cited projects including the scripted Civil War drama Mercy Street and PBS’s co-production agreement with the BBC as highlights of Hoppe’s tenure.

“We are grateful to Beth for her many contributions to PBS and local stations, and we wish her all the best as she moves into this exciting new endeavor,” Kerger added.

Kerger said she and COO Jonathan Barzilay “will work closely with the programming team to ensure continuity of operations until we identify a replacement.”

Before her arrival at PBS in 2011, Hoppe was an executive producer at Discovery Communications. She was also director of science programs at WNET in New York City, and series producer of Nova at WGBH.