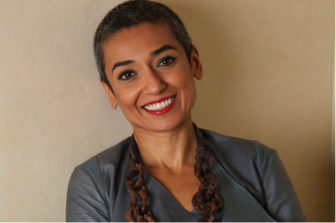 Activist Zainab Salbi will host and executive-produce #MeToo, Now What?, a working title. Salbi is the founder of Women for Women International, a grassroots humanitarian and development organization. Producing is Women in the World Media, part of Tina Brown Live Media.

The program, which premieres Feb. 2, aims to take discussion of sexual harassment “to another level, engaging both women and men from all generations” on the topic, according to PBS.

Each episode will focus on an aspect of sexual harassment with in-studio interviews and reporting from the field. Topics will include race and class, pay inequity and gender discrimination, how men can engage in the discussion, and the impact of popular culture on women in the workplace.

The series seeks to “use this moment to effect positive and lasting change,” PBS said in an announcement.

In other press tour news, PBS announced authors and other personalities who will share their love of classic American novels on The Great American Read. The multiplatform series premieres May 22 and ends this fall with a nationwide vote on “America’s Best-Loved Book.”

Participants include Margaret Atwood, Junot Díaz, John Irving, Gayle King, George R.R. Martin and Lesley Stahl. Each will “share their personal stories and connections to their favorite titles,” according to PBS.

A list of 100 favorite titles selected by a survey conducted by YouGov will be revealed before the series premiere.

PBS also announced Native America, a four-part series this fall examining the indigenous traditions, science and scholarship of the first Americans. The series is produced and directed by Gary Glassman for Providence Pictures.

The program explores “a land of massive cities connected by social networks spanning two continents, with unique and sophisticated systems of science, art and writing,” the announcement said. It’s narrated by Robbie Robertson, a Mohawk and former member of The Band.