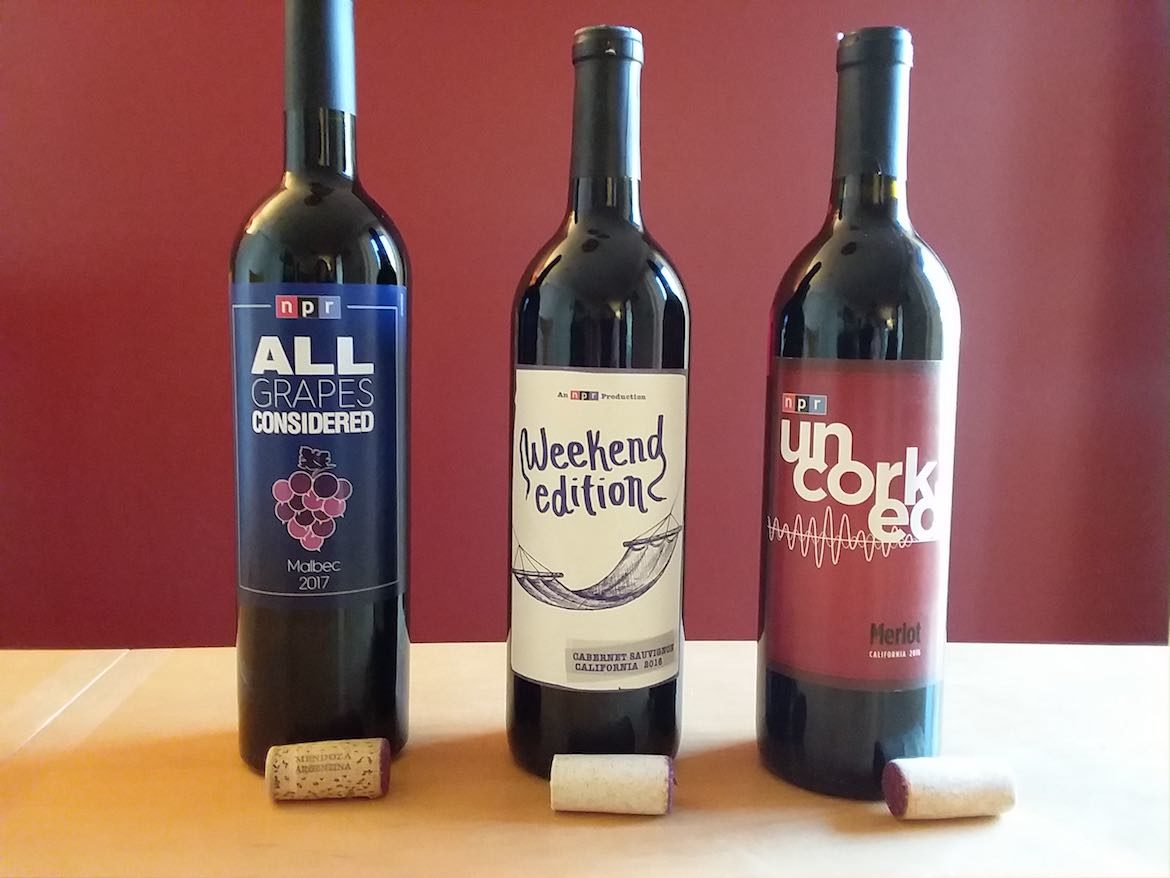 When NPR launched its wine club this fall, I started getting messages from people who knew I’d have an opinion. The club is an almost irresistible nexus between my professional life as a public media journalist and news consultant and my avocation as a wine blogger and all-around wine nerd.

But it wasn’t until I got sucked into a conversation about it on the Public Media Millennials Facebook page that I thought about doing a tasting. (Special thanks to the Millennials for allowing a GenX interloper to join them now and then.)

But first things first. Not everyone loves the idea of an NPR Wine Club.

Someone in the Facebook discussion couldn’t decide whether it was funny or lame. More than one person thought it seemed elitist. They’re not the only ones concerned.

“For those stations who serve audiences in rural areas, we already have to overcome the notion that public radio is largely for the ‘wine and cheese set,’” said Morgan Holm, senior VP and chief content officer at Oregon Public Broadcasting. “Starting a wine club reinforces that notion.”

Holm has nothing against wine; he has a sizable cellar of his own. But he fears the wine club “positions NPR as a lifestyle brand at a time when we are trying to build our credibility and reputation nationally and locally as journalistic organizations.” 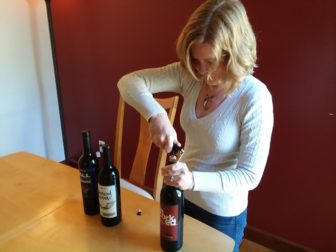 “We need to be asking ourselves why we want audiences to be drawn to us,” he said. “Is it because of our wine club or because of our courageous and reliable journalism?”

“We are not now nor do we have any plans to be a ‘lifestyle brand,’” said NPR spokesperson Isabel Lara.

She pointed out that several respected national news organizations have wine clubs, including the New York Times and the Wall Street Journal.

Lara said the elitist concern is based on “old assumptions.”

“Americans drink wine regularly,” said Reilly, one of only 45 U.S. residents to hold the title Master of Wine. “Pointing at anything to do with wine and calling it elitist is extremely dated.”

Philosophical arguments aside, a big question remains: How’s the wine?

NPR’s partner in this venture is Laithewaites Wine, an established wine delivery service headquartered in the U.K. with operations worldwide.

Hard-core oenophiles often eschew wine clubs like this, preferring to choose their own wines from known producers.

Given that context, Reilly’s prediction about the NPR Wine Club is much more optimistic than it sounds.

“These will not be disaster wines,” she said. “I think most people would be happy with what they get.”

I wanted to put a few NPR club wines to the test, so I formed a small tasting panel with two other public media wine lovers:

We decided the three NPR-themed “bonus wines” included in the welcome offer should be representative of the club’s offerings. NPR supplied us each with sample bottles, and we got together on a Google Hangout one afternoon for a virtual tasting. While none of the wines blew us away, we were pleasantly surprised by some of the offerings.

We agreed this 2016 California cabernet was the best of the bunch. On our four-tier ranking system (Outstanding, Good, Average, and Below Average), we each gave it a solid “good.” 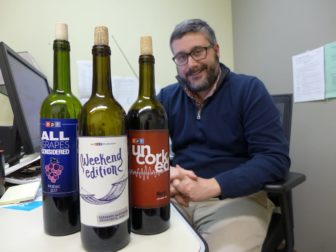 This wine has what most California cab lovers want — a smooth, rich texture with lots of dark fruits, but with enough tannin (the element that dries your mouth) and acid (the element that makes you salivate) to keep it from becoming cloying.

“I really like this wine,” said Lopez, saying he was intrigued by its aroma of marshmallow. “I love that interplay — the hint of sweetness, but [then] it’s not really sweet. I like that complexity in a wine.”

“It’s a dependable cab,” Ovshinksy said. “You’ll be happy as long as you’re not looking to be surprised.”

We were more divided on the 2016 California merlot. One thing we did agree on — it’s atypical. 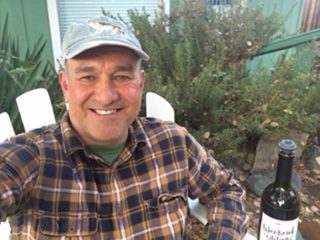 “The things that you strongly associate with merlot, I’m really not getting,” Ovshinsky said. He mentioned the lack of chocolate and cherry flavors and aromas that are common to many domestic merlots.

The wine is extremely light-bodied — also unusual for this grape. Lopez said he easily could have believed it was a pinot noir.

Ovshinsky called the wine “anemic” and said he was hoping for “a little more character, a little more age, a few more notes than I’m getting.”

Still, he and Lopez said it would be good for a barbeque, and while I agreed with them on the wine’s lack of typicity, I appreciated its light body and interesting green pepper notes.

The words “drinkable,” “enjoyable,” and “inoffensive” came up several times in our discussion, so it stands to reason that we all put the wine in the average-to-above-average range.

I was disappointed that a wine named “All Grapes Considered” wasn’t a blend of several grapes.

But even putting that aside, I was the toughest grader on this 2017 malbec from Argentina. There just wasn’t much to it beyond a slight hint of — believe it or not — strawberry SweeTarts.

My co-tasters were more generous.

“It’s not complex,” said Lopez, “but it’s gonna be great with a burger.”

Ovshinsky agreed, adding steak and ribs to the list of possible pairings. He did share my disappointment in its lack of complexity, especially since malbec is a grape that can offer a lot of bang for the buck.

“At the price point we’re talking about,” he said, “this would’ve been an opportunity to take it up one or two levels higher.”

Overall, Jean K. Reilly’s prediction was correct. There were no “disaster wines” in the lineup, and two of the three were surprisingly pleasing.

As our tasting was winding down, Lopez drew this very public radio analogy: “A lot of people [who] get into classical music start with Baroque because it’s just so easy to listen to. But there’s a certain point where you want a little dissonance, where you want something interesting. And I think the same thing happens with wine.”

At first, he pointed out, people tend to like smooth wines like the NPR-themed selections we sampled. As their tastes evolve, more complex wines that once might have seemed objectionable — or dissonant — become interesting and desirable.

Judith Smelser is the founder of Smelser Editing & Consulting, which provides consulting, training and independent story editing for public media newsrooms around the country. She also writes Scribbles and Scruples, a blog about issues in public media and the craft of journalism, and the Orlando Wine Blog. Smelser is a former managing editor at Colorado Public Radio and former news director at WMFE in Orlando, Fla.

2 thoughts on “NPR-themed wines: Not challenging, but perfectly ‘drinkable’”