You got promoted! Great. Now what? Years of journalism training haven’t necessarily prepared you for the art of managing people. You might even find yourself supervising your peers. Before you know it, you stop getting those invitations to happy hour. You are the boss.

Judith Smelser and Michael Marcotte have seen this scenario and many, many others. Both are consultants and former news directors who train public media managers around the country. On a recent episode of Current’s podcast The Pub, guest host Annie Russell talked with Smelser and Marcotte about how a new manager learns to be the boss. Smelser and Marcotte shared tips on everything from time management to planning for crisis coverage, all while dealing with challenging personality types in the newsroom. Spoiler: Reporters are difficult to manage. This excerpt from their conversation has been edited for clarity.

Judith Smelser: I think a lot of people get thrust into management — I know it happened to me — before they’re ready. I would say I got thrust into management because the person before me was no longer in management. We actually did a search and didn’t find anybody that we felt fit the bill, and I was asked to step up. At that point I didn’t really feel I could say no. I probably still had some reporting left in me; I think a lot of people feel that way. So you end up with the situation where a lot of new managers are still trying to wear both hats.

Annie Russell, Current: I think that what sometimes happens is that folks are promoted to be managers because they’re really good at a different job. What is that dynamic like when all of a sudden most of your day might be devoted to tasks that you have zero experience with?

Smelser: A lot of reporters, a lot of journalists like to operate very independently. You can’t do that as a manager; in fact, that’s actually the opposite of what a manager does. You need other people to be a successful manager, and your whole job as a manager is to, in my view, support the people who work for you. That may seem counterintuitive, but that’s really how I see it. 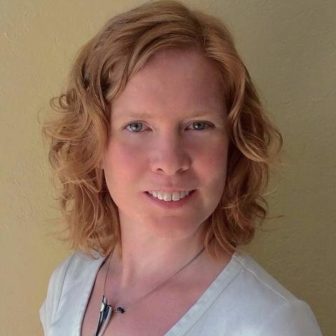 Whereas I think a lot of reporters are very much independent actors. They see themselves as doing their own thing, as being very competitive as well, which doesn’t work so well in a management-type situation. But that’s not to say that you can’t translate some skills. Newsrooms are becoming more and more collaborative now, at least from what I’ve seen in my work, and that’s certainly something that translates very nicely into management.

Part of the trick — and we talk about this some in the workshop — is to develop a management style that is going to serve you well. A lot of people, when they’re newly promoted into a management position, for one thing are managing people that used to be their peers and are their friends, in fact. So they tend to use what we call the “buddy management style.” Or they employ the management style where they basically do everything themselves because either they aren’t confident in asking other people, asking their former peers to do something, or because they just think they can do it better. That’s not usually the most successful management style. Those are some of the things that I think new managers often have to overcome before they can really truly be successful and actually lift up the people that they’re working with.

Michael Marcotte: I actually tried this. My first news director job was at KPLU in the 1980s, the Seattle station that’s now KNKX. I didn’t want to be the boss, so I just tried to adopt kind of a peer-to-peer buddy style. That can be OK in some situations, especially if you’re dealing with morale issues and you’re trying to get everybody on the same page — “It’s just us, let’s hang out.” It’s not so helpful in a lot of other situations, where you do need to assert guidance, make decisions and so on.

Smelser: As a new manager you’re going to have to ask someone to do something they don’t want to do. That first time you have to ask somebody to work a holiday, or tell somebody to work a holiday, or that first time you have to get somebody to take an assignment that they really don’t want: That’s when you become the boss. It’s not always a comfortable situation, but what you learn is if you do those things in a fair way — if you don’t always ask the same person to work the holidays — people will come to respect you. But it takes time and experience to do that, and it can be very emotionally wrenching to do that, too, at least at first. That it becomes easier, I don’t know what that says about managers and people who manage, but it does become easier as time goes along.

“The manager’s job is to make it as clear as possible what the employee’s job is, what their expectations are on any given day or week or month or whatever that might be.”

Marcotte: I agree that time is a real big factor when it comes to management, because it’s hard to step into a role like that and have a high degree of confidence. Reporters are difficult people.

Current: Talk more about that. Why are reporters so difficult to manage?

Smelser: Who wants to take that one?

Marcotte: I think they’re smart. That’s a big part of it.

Smelser: Yeah, they’re smart, they’re curious, they’re very, very opinionated — and I don’t mean politically opinionated, although they may be that too.

Current: I wonder what advice you give to new managers who are struggling with the issue that you mentioned earlier, which is that you are the boss now — you’re not the peer — and you may need to change the way you handle certain situations.

Smelser: One of the biggest problems with managers that I coach is they don’t want to tell people what they have to do. So then their employees don’t know what they’re supposed to be doing, and if they don’t know what they’re doing, they don’t know if they’re succeeding. The manager’s job is to make it as clear as possible what the employee’s job is, what their expectations are on any given day or week or month or whatever that might be. And if that means talking in numbers — I think a lot of managers are afraid of talking in numbers, and I was. … But one of the keys is making sure that you do set fair expectations and then you stick to them and you help the staffer meet those expectations if they’re struggling. 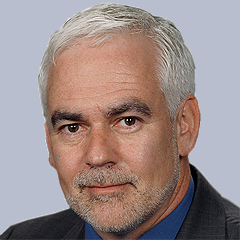 Current: How do you advise that managers go about structuring their time so that they are prioritizing those check-ins and those conversations while also getting out newscasts every morning, if that’s the case, or any number of other tasks that come up in the course of a day?

Marcotte: We try to give people tools to use different buckets for the various activities that they have, separating out what’s urgent and always kind of demanding, demanding, demanding immediacy from us, versus what’s important that may not be urgent, but if we don’t allocate time to those important things, then we’re always going to be a victim of the urgent, immediate pesky things. It’s an art form, it’s a science, and you have to really, really work at it — and you can get pretty good at it.

Smelser: Yeah, I think that what Mike’s referring to is what we call in the workshop (and what has been called) the Time Management Matrix. Identifying those things that feel urgent but aren’t really important; those are things, like the emails that you get each day and they keep drawing your attention away when they pop up, or the Slack message, or the whatever-it-is that you feel like you need to respond to right now but maybe you don’t. Versus the things that don’t seem urgent but really are quite important.

The best example of this I can give that I talk to my clients constantly about is crisis-coverage planning, emergency planning. Everybody knows — especially this year, my goodness! — that they have to do this. And it’s so hard to make time for that because it’s one of those things that you feel like, “I know it’s important, but right now I’ve got these 20,000 emails to deal with and this newscast to put out, and this, that and the other.” I think it is the question of, if you’re going to prioritize something, then you need to figure out how you’re going to get it done. And if that means you need to delegate some of the other stuff, and take some of the other stuff off your plate, or tell your boss, have a conversation with your boss, your GM, your program director, whoever it is, “I’m going to have to dial back on fill-in-the-blank for a while because we don’t have an emergency plan.” And when the you-know-what hits the fan, it’s going to be really hell to pay. It may be a conversation like that with your management about, “This is something that we need to prioritize, and so I can’t do this other thing over here for a while.”