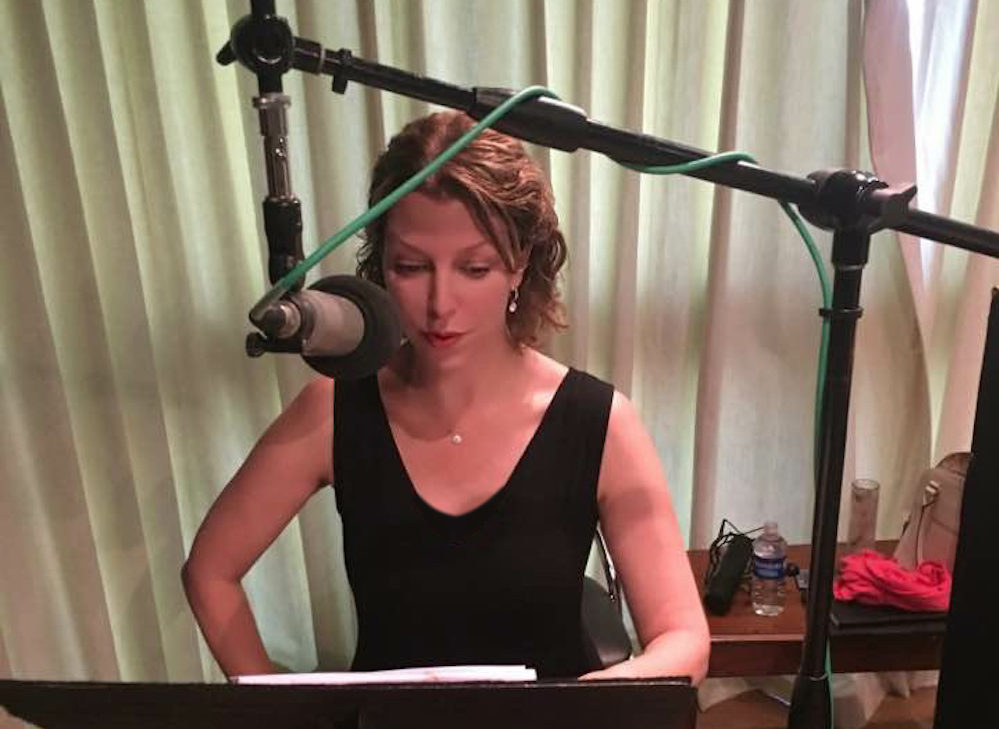 Raney Aronson-Rath recording an introduction for "The Frontline Dispatch."

Frontline is taking its investigative documentary chops to a new platform.

The long-running PBS series is launching The Frontline Dispatch Sept. 14, a biweekly podcast that aims to bring the show’s deep-dive narrative style to audio. The first season will consist of five to seven roughly hourlong episodes, with stories set in the U.S.

Its first episode focuses on child marriage with the story of Heather, a 16-year-old Idahoan who married a 24-year-old man with parental consent after becoming pregnant.

“There are some stories that are meant to be told in audio,” said Raney Aronson-Rath, Frontline’s EP. “It was the perfect way of telling an intimate story about a young person who went through this really trying situation and then also getting at the larger issue of child marriage in America.” Other upcoming episodes tell stories about second chances for juvenile lifers and visit a community divided over fracking.

The podcast comes from a new partnership between WGBH and Public Radio Exchange, which announced last month that it would help the broadcaster create, distribute and monetize podcasts. Dispatch is being funded by the Abrams Journalism Initiative.

Each episode will feature a different reporter and Aronson-Rath’s introduction and closing. About midway into the first episode, reporter Anjali Tsui throws out a cliffhanger — everyone went to jail — to back up and explain her interest in the story. Tsui’s maternal grandmother was 12 when she entered into an arranged marriage in India with Tsui’s grandfather, then 22.

More than 200,000 minors in the U.S. were legally married from 2000–2015, according to the episode. Frontline will post data on child marriage in the U.S. on its website with the release of the first episode.

Moving into podcasting has been top of mind for Frontline, Aronson-Rath said. During editorial meetings, Frontline staffers would talk about why a story wasn’t coming together. Asking whether it could be done in audio became part of the vernacular, Aronson-Rath said.

“Because film and audio are so different, we found that we really needed to work with audio producers who are doing their own original audio stories.”

The team had hoped its journalism for broadcast TV and the podcast would overlap. “Because film and audio are so different, we found that we really needed to work with audio producers who are doing their own original audio stories,” Aronson-Rath said. The team is working with Jay Allison, creator of The Moth Radio Hour, who is serving as senior editor and creative director.

Frontline may adapt the podcast’s content to radio or other broadcast platforms in the future, Aronson-Rath said.

The team is considering international stories for the podcast, though telling a “multi-textured” audio story in a foreign language with translations may be difficult for listeners to follow, Aronson-Rath said.

“I do want to crack the code of foreign investigative reporting in audio, and that’s something that’s a big priority for the next season,” she said.

One thought on “With new podcast, ‘Frontline’ recognizes that some stories are made for audio”