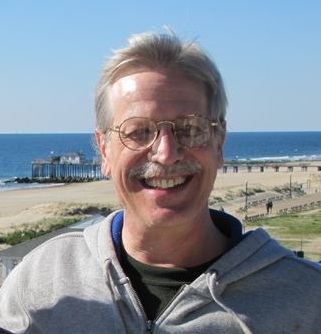 I had to make a choice: showing dirty movies at a strip club or being an assistant librarian for NPR.

My wife Kee and I both went to Catholic University, and when I was ready to graduate in 1973, she still had a year to go. So I started looking for a job to bring in some money for a year. Once she graduated, we would decide what we wanted to do with our lives and where we wanted to live. Washington, D.C., would probably not be our first choice.

I went to the university’s office of Career Services to see if they could help me find a job, maybe as a film librarian, since I had shown movies on campus for years and also did library work. In the meantime I kept scouring classifieds. Then I spotted it: The Silver Slipper, one of D.C.’s most famous strip clubs, showed adult movies on their second floor and were looking for a projectionist. Because of my school experience I knew my way around 16mm projection equipment (16mm is a smaller size than standard theatrical film). I called to make sure they used 16mm, which they did, so I arranged to go down for an interview.

The Silver Slipper on 13th Street NW, inspired by the original in Las Vegas, was started in 1964 and gained a reputation as one of the classier joints in D.C.’s red-light district. They brought in some name talent over the years, including Blaze Starr, Tempest Storm and Fanne Fox (soon-to-be infamous for jumping into the Tidal Basin while on a date with Arkansas Congressman Wilbur Mills). 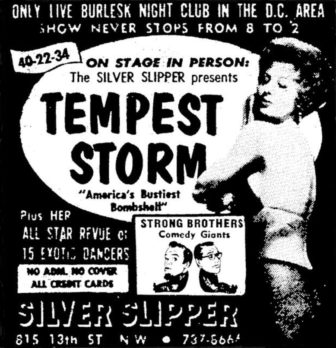 A 1970 Evening Star ad for the Silver Slipper.

It was early afternoon on a bright, sunny day when I went for the interview, but the nightclub was so dark it took my eyes a minute to adjust. The red and black décor managed to look almost swanky in the dim light. I was ushered upstairs, where I met with two Runyonesque older guys at a lounge table. One had a cigar in the corner of his mouth and a drink in front of him, the other nursed a coffee. The floor was a little sticky, from spilled drinks I’m sure. They were very businesslike, asking questions about my experience projecting, my flexibility in hours, whether I had a car or had to rely on public transportation, things like that. After about 15 minutes, they told me they had a few more interviews to do and would get back to me in a day or two. We shook hands and I left, squinting in the harsh sunlight outside.

Later that day I got a call from the Career Services office with a possible job. Instead of a film librarian position, it was a radio librarian position with a fairly new outfit called National Public Radio. Would I be interested? I said yes and arranged for an interview. I met with VP Mike Harris at the NPR offices at 2025 M Street, and we had a nice long chat about the position, which he indicated could lead to other things at the fledgling network. He said he’d be in touch soon. 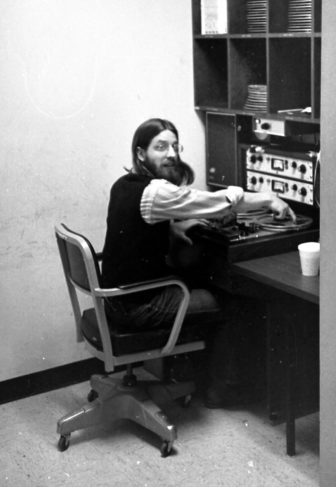 Malesky editing in an NPR edit booth in 1975.

As it turned out, I was offered both positions. I think you can guess which path I took. I started at NPR in May 1973, two days after I finished my college classwork. The Watergate hearings had just started, and the network was broadcasting them live. My first assignment was to listen to and log every minute of the hearings.

I loved it. In fact, I loved the whole place and its exciting sense of possibilities. I got one of the production assistants from the Arts Unit across the hall to teach me how to edit tape (the old razor blade, grease pencil, splicing tape kind of editing), and I practiced by using salvage tape from the Watergate hearings. It was fun getting Haldeman and Ehrlichman to say all sorts of things. That September, Robert Montiegel hired me as a production assistant, and my true career started.

When I retired from NPR at the end of 2007, I was able to look back and feel satisfied that the career I had fallen into was not only fulfilling for me personally but meant something to the American people as well. In the early days of the network, we used to talk about creating a national conversation, about bringing a truly diverse array of ideas, arts and news to the country in a way that hadn’t been done before. That is a noble thing to strive for, and I’m heartened that I was a small part of it. The work continues.