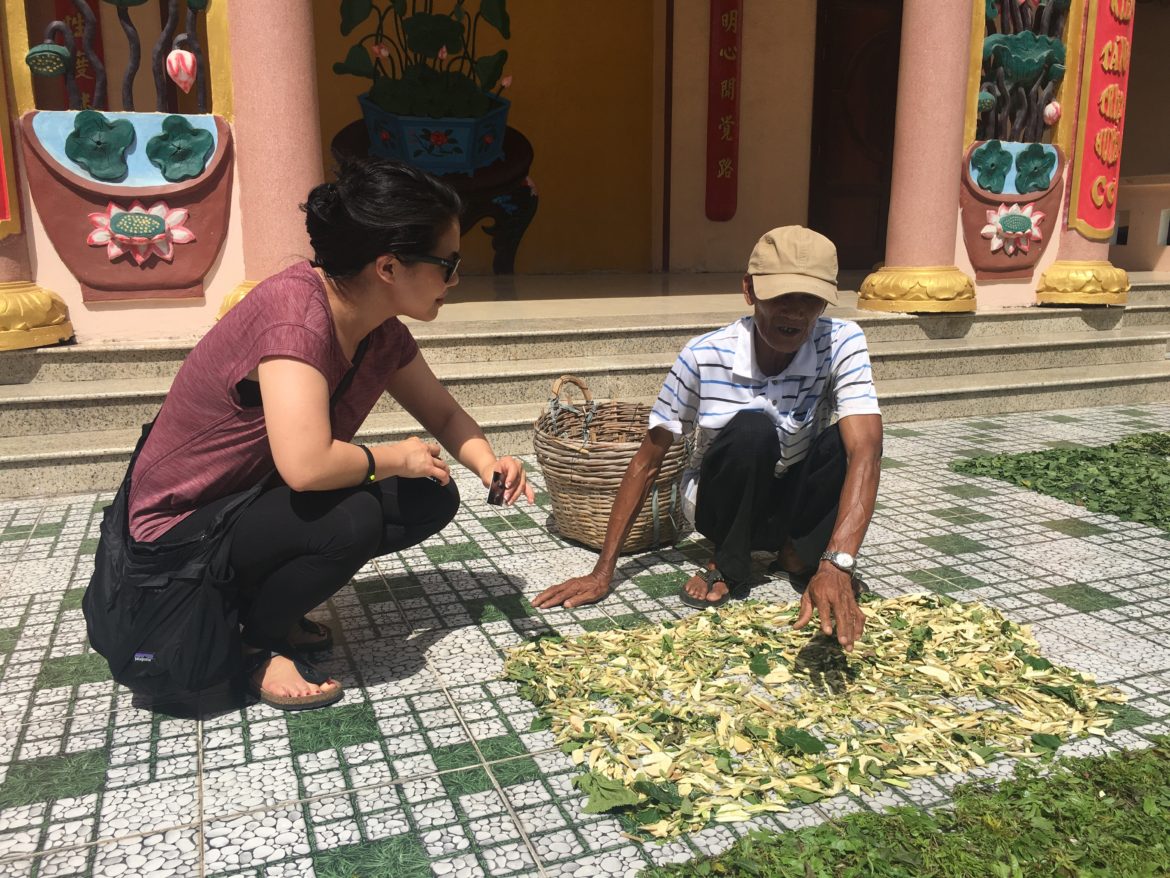 Thanh Tan talks to a volunteer at a temple while on assignment for "Second Wave" in Ca Mau, Vietnam. Her parents escaped from a nearby fishing village.

“My only beef, because I’m close to it: I felt like they oversimplified the Vietnamese-American story,” she said. 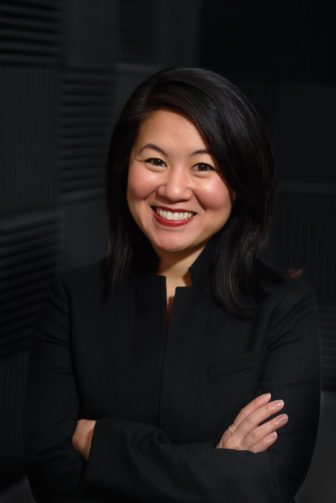 Tan, a child of refugees from South Vietnam, now has a platform where she can take that story deeper. On her new podcast, Second Wave, she interviewed Burns and Novick about the film’s origins, its production and whether children of Vietnamese refugees carry intergenerational trauma. “There’s the trap door that doesn’t get opened,” Novick said.

As host of Second Wave, produced by Seattle’s KUOW and Public Radio Exchange, Tan often digs into her personal stories to explore issues of identity, culture, family and the burdens carried by U.S.-born children of Vietnam.

The Vietnam War’s exploration of the war ends in 1975, three years before Tan’s parents escaped the country. It describes Vietnamese-Americans as a successful, entrepreneurial community whose members are more likely to become citizens than other Asian immigrants. That’s all true, Tan said. “But don’t typecast us,” she said. “We are much more complex.”

Forthcoming episodes will reveal that complexity as they explore topics such as beauty pageants, femininity and the origins and politics of pho. Tan also takes listeners to Vietnam, where she retraces her parents’ escape and learns that she is not truly Vietnamese, as she had thought, but distinctly Vietnamese-American. 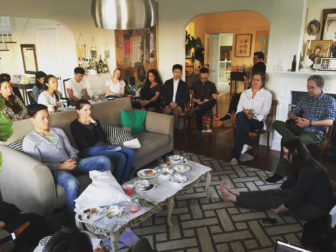 KUOW also wanted to expand its coverage of Vietnamese Americans. Asians account for about 14 percent of Seattle’s population; Vietnamese, 2 percent. In 2015, it covered the 40th anniversary of the fall of Saigon and Operation Babylift, which brought nearly 400 Vietnamese orphans to the Seattle area. Coverage of the anniversary raised the station’s awareness of the Vietnamese-American community and its wealth of “untapped” stories, Gates said.

Gates was familiar with Tan and her work. She had left the Seattle Times last year after nearly four years on its editorial team and more than a decade in journalism. Previously, she worked in commercial and public TV and with the Texas Tribune.

“I kind of feel like Jennifer is a younger version of me.” –Thanh Tan, “Second Wave” host

KUOW was one of seven stations to receive funding from PRX. Tan and Gates visited Boston several times for monthly boot camps where participants employed design thinking to sharpen their podcast idea and needs. Tan and KUOW determined through research that younger, English-speaking Vietnamese-Americans would be interested in the podcast. But they also had to consider the traditional podcast audience, which tends to be white, affluent and highly educated, Tan said. 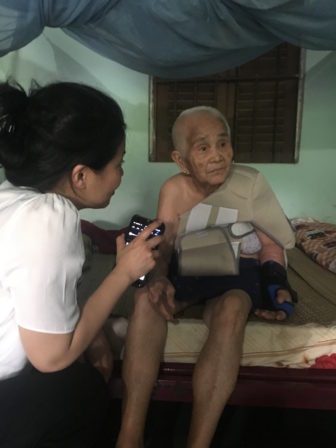 Thanh Tan records an audio interview with her grandmother, in a cast and recovering from a fall, during a June visit to Vietnam.

As they planned the show, KUOW and Tan named their ideal listener “Jennifer Nguyen,” giving her the most common Vietnamese surname. The daughter of refugees, Jennifer is a Vietnamese-American woman in her 20s who studied business in college. She is becoming aware of her identity and heritage amid the nation’s anti-immigrant sentiments. But her parents avoid answering her questions about family history. She navigates generational and language differences.

“I kind of feel like Jennifer is a younger version of me,” Tan said.

KUOW also gathered about 20 local Vietnamese-Americans and second-generation millennials to listen to the pilot episode of Second Wave. Many were from families of refugees that fled during the Vietnam War.

“Several people were moved to tears, and one woman said this was the first time that she has heard her voice represented in a podcast,” Gates said. “My hope is that, in some small way, our podcast will bring the conversation of the Vietnam War out of the shadows and provide a step towards healing the wounds that still exist from the war.”

Played @secondwavekuow in the house and my mom a Vietnamese refugee began humming to Khanh Ly's song and telling me about her youth.

KUOW is releasing seven episodes of 15–25 minutes in length. After its first week, the biweekly podcast had more than 7,000 downloads. The second season will debut in the early spring, Gates said.

Tan said that though KUOW took a risk in approaching her, she wants other stations to follow its example.

“Hopefully other stations might see this and may be asking themselves, ‘What other stories are out there and may need to be told by people outside the station?'” she said.

Clarification: This article has been updated to reflect that PRX is a co-producer of Second Wave.