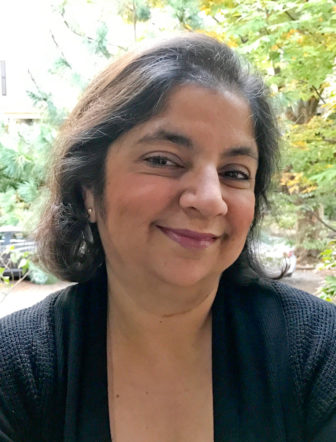 Sikka will report to PBS President Paula Kerger. She will “offer an independent editorial perspective on PBS programming, including matters raised by viewers,” according to an announcement Thursday.

“I see my role as public editor as the interlocutor between the audience, PBS and the creators of PBS content,” Sikka said in the announcement. “This is a disruptive time in our media environment and my experience as a journalist, content creator and executive in public, corporate and privately funded media will be useful as I take on this new role.”

Sikka preferred the title “public editor” over “ombudsman,” said PBS spokesperson Aparna Kumar. “‘Ombudsman’ is a title that stems from the newspaper business and is less familiar to the public today,” Kumar said.

Sikka, now an independent media consultant, also recently served as VP and executive editor at Mic, a digital news outlet targeting millennials. She oversaw NPR’s international coverage from 2013–15. Previously she executive-produced Morning Edition and earlier in her career was a senior producer for ABC’s Nightline.