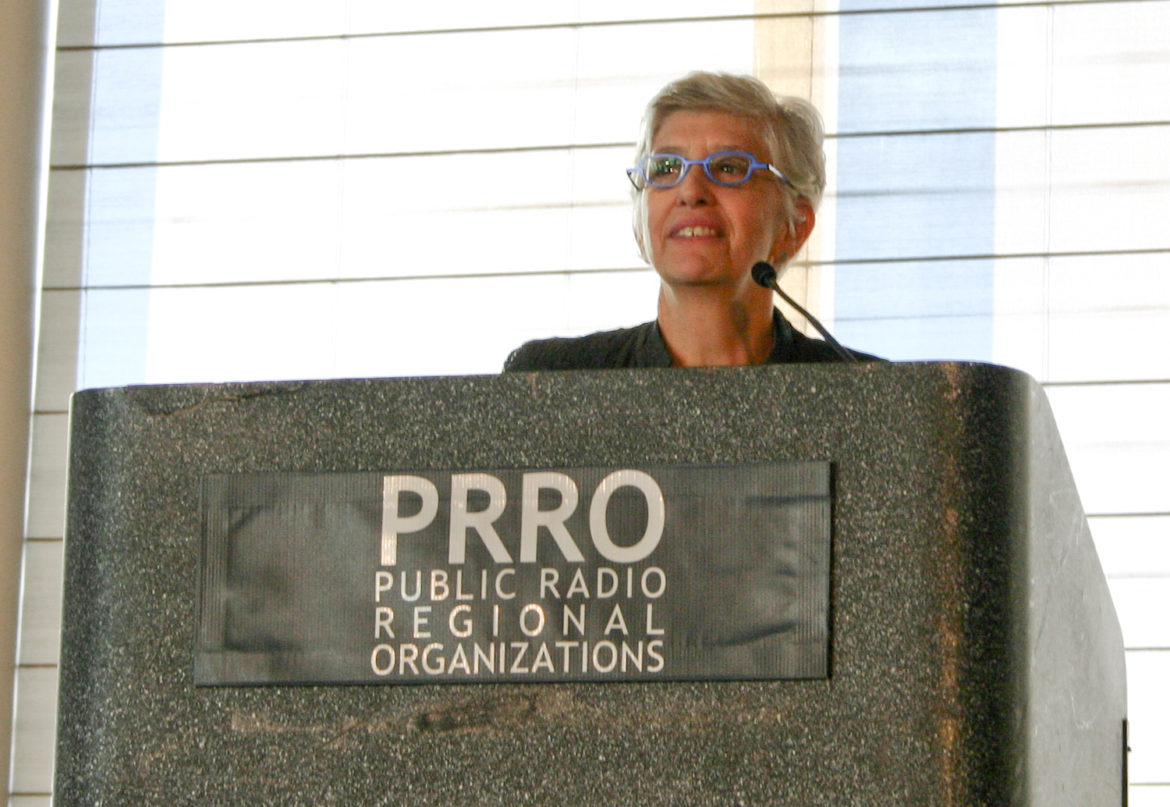 ST. PAUL, Minn. — A general manager and a longtime leader in public radio fundraising were honored with awards Wednesday at the Public Radio Super-Regional Meeting.

“Many stations can point to Greater Public and the work of [Eichten] as a vital element in their fundraising and marketing success,” Skinner said.

Accepting the award, Eichten said that “when we started on this journey together, pledge drives ran for two weeks and totally replaced all regular programming, corporate support was considered evil, … $365 a year was a major gift, giving through the internet would never work.”

“Public radio now has some of the most sophisticated individual giving, corporate support, major giving and online giving systems of any nonprofit industry,” he said. “Of course, there’s much more to do. … I am totally confident that you will all be wildly successful.”

“Her institutional involvement with the community is worthy of widespread emulation by every station,” he said.

Accepting the award, Ellis said, “We’ve revived WYSO by returning to the original mission, to make stories with the community. We’ve invited them back in, training them to make stories in their own voices. And they’ve responded so well with heartfelt stories that our news reporters could never find.”

Correction: A previous version of this article said John Hess is GM at Boise State Public Radio. He resigned from that position in 2015.