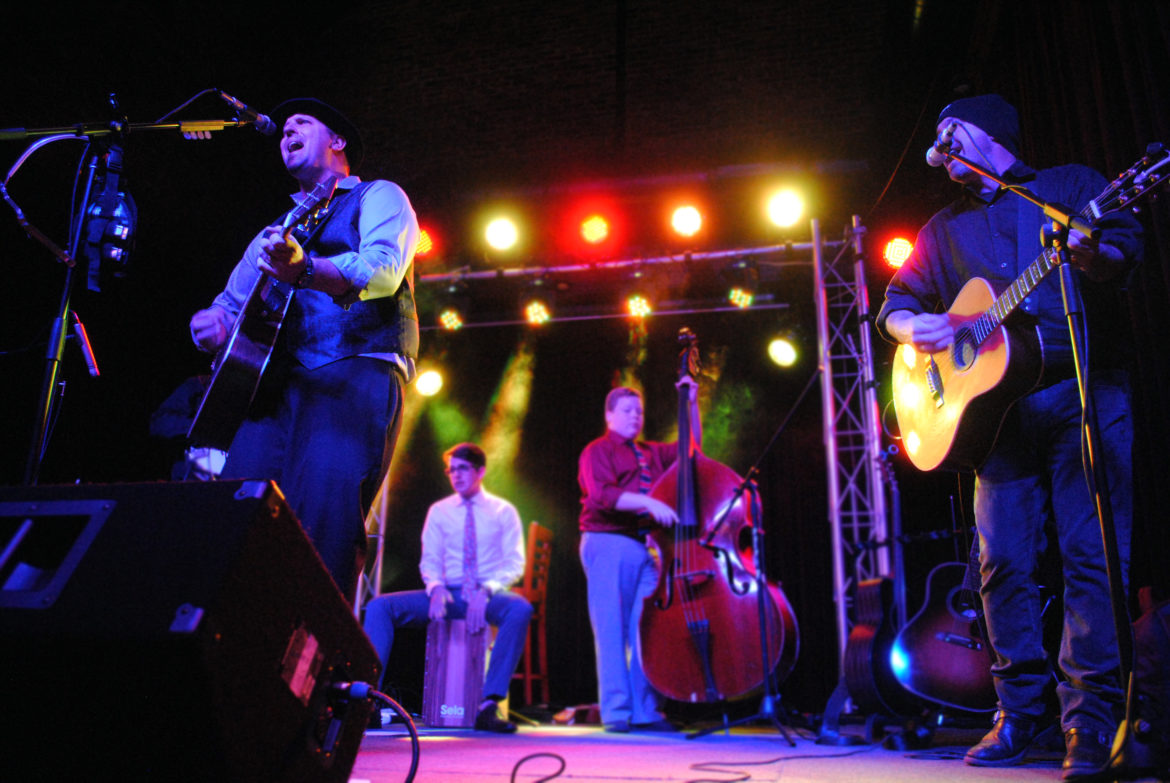 West Virginia musician Steve Hussey, left, performs with Jake Eddy at a Ohio venue. Hussey and other musicians from his state are getting exposure on the WVPB podcast.

For the month of June, the 30 Days of #WVmusic podcast is highlighting West Virginia musicians, music promoters and label representatives in the state discussing their careers. Excerpts from the show are also featured weekly on WVPB’s radio broadcasts. 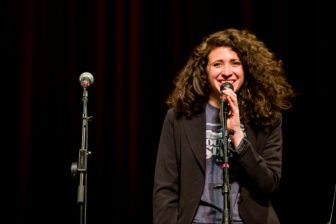 Joni Deutsch speaks during a 2016 taping of Mountain Stage.

Host Joni Deutsch first released a 30 Days series in June 2016. She’d been interviewing West Virginia artists intermittently before then, she told Current, and wanted to help listeners discover West Virginia music through a more focused effort. While people might more readily associate the state with banjo music rather than indie or punk, Deutsch wants to change that perception.

The state’s music scene requires independence, Deutsch said — “You really have to do it yourself.” But that lack of leadership within the music scene has made it difficult for musicians to get the attention they deserve, she said.

The host is well-versed in West Virginia’s music — she also hosts and produces A Change of Tune, a weekly indie/alternative music program on WVPB, and is an assistant producer and guest host for the network’s live music show, Mountain Stage. But for 30 Days, she crowdsourced tips to dig up unfamiliar artists by asking Change of Tune listeners to submit their musical stories for possible inclusion in the podcast. That drew more than 100 responses.

Deutsch is promoting 30 Days of #WVmusic on A Change of Tune, and WVPB is airing radio spots and pushing it on social media. Featured musicians are also sharing the segments in Facebook posts.

Musicians and interviewees featured on the podcast say it’s helping to give national exposure to ignored corners of the state.

“That interview really sparked something that made artists around here rally around it and around each other to make things a little bit better musically,” Hussey said. Since Deutsch’s interview, Parkersburg has become home to a music festival, and Hussey launched a label there.

“West Virginia has so many negative connotations attached to it,” said Ian Thornton, a West Virginia musician, promoter and festival organizer. “We want to show that we can make art as good as anyone else [and that] our music scene can be as good as anybody else’s.”

“Having someone like Joni, with the ability to tap into NPR, is crucial to the music scene,” Thornton said. “She can get notice around musicians that is not easily attainable coming out of the gate.”