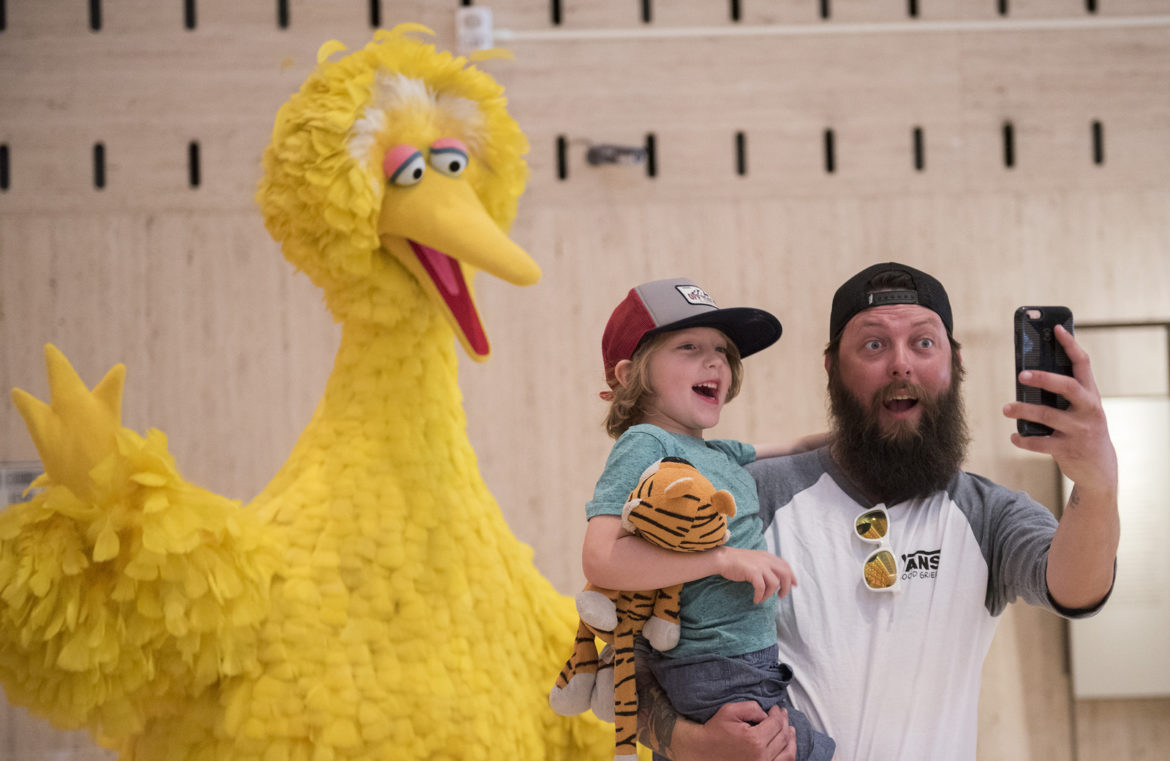 Visitors to the LBJ Library’s “On the Air” exhibit got a chance to snap selfies with Big Bird.

AUSTIN, Texas — The Lyndon Baines Johnson Presidential Library called in the big guns Saturday for the opening of an exhibit marking the 50th anniversary of Johnson’s signing of the Public Broadcasting Act: Sesame Street characters, including a costumed Elmo.

Every half hour or so, Elmo appeared in the fur, posing for photos and giving high fives to visitors. Nearby in the library’s cavernous limestone space were less mobile models of Big Bird and the Count, as well as an animatronic Oscar the Grouch. Oscar, true to form and perhaps the current political climate, preferred to stay mostly hidden inside his garbage can. When he emerged at last, a small boy who’d been patiently waiting said, “Oh, Oscar, hello!” with a mix of shock and excitement. 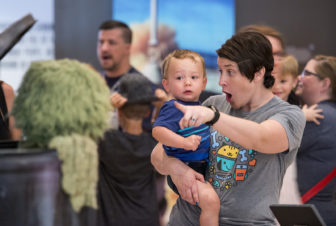 A creepy, rubbery mechanical LBJ in the permanent exhibit a floor below drew a different reaction: adults staring bemused as it told jokes.

Apart from the special guests on hand at the opening, the humble public broadcasting exhibit, titled “On the Air,” amounts to two glass cases featuring mementos from the archives of PBS and NPR. An NPR memo dated March 8, 1971, lists proposed names for what was then informally called the “Magazine” show. The inventory of missed opportunities includes Get Together, Think About It This Way and What in the World.  It seems they chose wisely, all things considered.

Visitors can also see a glorious pinkish-and-creamsicle landscape painting by Bob Ross and a handwritten note from Julia Child to LBJ — “All good wishes from one of your many admirers,” she wrote. And they can learn some oddball facts. NASA once planned to send Big Bird to orbit Earth on an educational mission, but “plans were changed when NASA realized that the puppet would not fit on the shuttle due to its immense size.” The shuttle was Challenger. 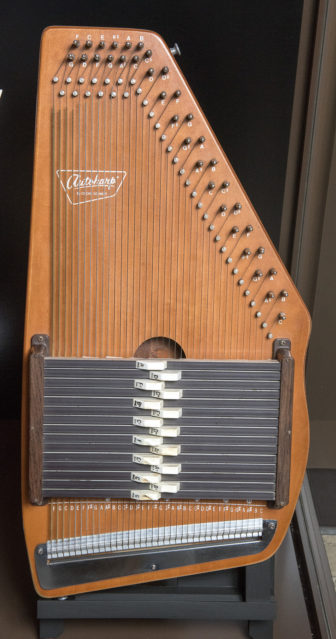 An autoharp played by Garrison Keillor.

One wall bears a quotation by LBJ, in which he said his purpose in signing the Public Broadcasting Act was to “enrich man’s spirit.” But aside from the handful of objects — which also includes a sweater and shoes worn by Mister Rogers, an autoharp played by Garrison Keillor, and an NPR news rundown — there was a disappointing lack of context that would connect the former president to the legacy of public broadcasting.

Is it not the library’s mission to connect the dots of Johnson’s personal history to his public decisions and his legacy? What might lurk in the president’s archives to link LBJ to the history of public media? Memos? A reaction to hearing NPR for the first time? Maybe nothing apart from the stirring speech quoted on the wall, but at the least, the library might have reprinted the text in full.

Is it cynical to surmise that the library thought only Sesame Street characters could draw families with kids to a presidential library? On opening day, entry was free, and the wait to see Elmo was long.

It’s easy enough to make the connection here between LBJ and public broadcasting. The new exhibit shares a wall with displays that celebrate the nobility and benefits of government programs. Investments in programs to educate and train Americans have sparked some of our greatest luminaries, and programming from NPR and especially PBS has created icons to that governing philosophy. 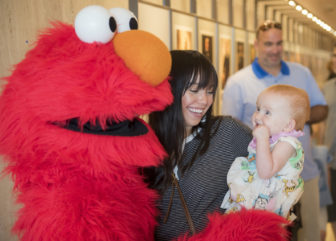 The new exhibit, which runs through Nov. 12, fits easily alongside the museum’s other displays, which include quotes from Americans testifying to the life-changing experiences they had as a result of programs sponsored by LBJ and Kennedy. Among them, Ray Magliozzi of Car Talk said the VISTA (Volunteers In Service To America) program changed his life. “We gained a perspective on who people are,” he said. Yet most of the new energy of the space is directed towards Sesame Street.

The exhibit and 50th anniversary of the Public Broadcasting Act comes as President Trump and Republicans in Congress consider zeroing out CPB funding — a state of affairs not alluded to in the exhibit. Perhaps it’s not the business of a presidential library to get mired in the nitty-gritty of contemporary politics. But the museum certainly makes the case for the value of LBJ’s Great Society and points to CPB, PBS and NPR as examples. 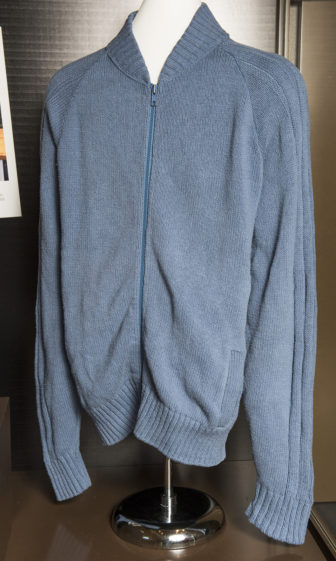 LBJ’s legacy remains close at hand in Austin. His daughter Luci Baines Johnson served on the board of public TV station KLRU for many years, according to the station, and his granddaughter Catherine Robb is on the board today.

Back in the LBJ Library’s four-story-tall hall, the public broadcasting exhibit showed that the legacy spans generations — though some younger audiences may be oblivious to the politics and history. A man who looked to be in his thirties approached a glass case of Mister Rogers paraphernalia, saying “It’s his trolley!”

Shortly after, a small child asked who Mister Rogers was. A woman answered, “He was a very, very powerful man.”

Luke Quinton is an Austin-based freelancer who was born on an island in the North Atlantic. He’s written about arts and architecture for Dwell and the Austin American-Statesman and produced long-form radio for NPR, Snap Judgment and the BBC.