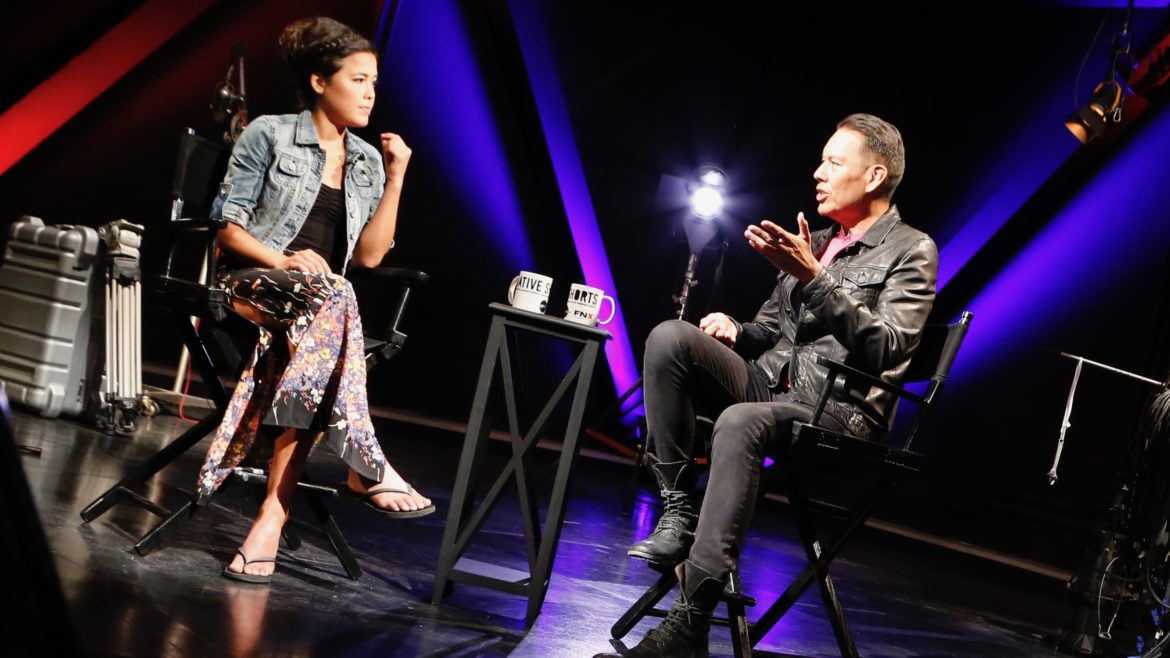 First Nations Experience, the only TV network in the U.S. dedicated to Native Americans and indigenous peoples, will become one of the beneficiaries of spectrum auction proceeds, provided through its parent station KVCR in San Bernardino, Calif.

A channel rebranding and expansion into original production — including news programming — are moving ahead under new leadership at FNX and KVCR, one of the top earners in the recently concluded FCC auction. By agreeing to move from a UHF to VHF channel, the station secured $157 million for its licensee, the San Bernardino Community College District. The district’s board is working on plans to invest in its public media services and to establish an endowment that would fund KVCR and campus or community projects. Its first-ever financial commitment to FNX is part of that package.

Since launching in 2011, the channel has been funded exclusively by $12 million in grants from the San Manuel Band of Mission Indians in San Bernardino. That money runs out next year, but more will be likely be forthcoming from the tribe as well as from the college district, according to Chancellor Bruce Baron and a San Manuel spokesman.

The tribe’s startup investment “has gotten us very far, and now it is time [for the college district] to take it to the next level,” Baron said. SBCCD wants FNX to grow nationally and internationally and is willing to contribute financially to make that possible, he said. FNX will also ask other tribes for financial support.

Jacob Coin, executive director of public affairs for San Manuel, described FNX as “the most exciting communications endeavor for indigenous people today” and was enthusiastic about its expansion. The band is discussing internally how to move forward. “We want to maintain a strong relationship with FNX,” Coin said. “… We just don’t know to what extent.”

“We are curious to see how the spectrum [proceeds] will be approached” by the college district, he added.

Funding decisions rest with the district’s board of directors, which meets July 13 to begin examining proposals for concurrent rebrands of KVCR and FNX. Decisions to finalize their budgets are slated for September.

Tentative financial plans allocate at least $27 million to KVCR — $17 million of which would cover costs of KVCR’s channel move and equipment upgrades — plus a share of interest income on an ongoing basis from an endowment. Baron didn’t specify how much of the pie might go to FNX. 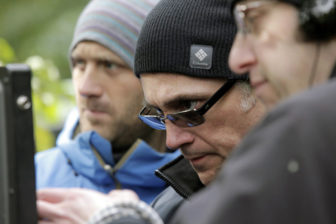 Wright on the set of They’re Watching.

Overseeing the FNX expansion is Chief Content Manager Micah Wright, a prolific video game designer, graphic artist and former producer for Nickelodeon who joined the channel in March. He is also an enrolled citizen of the Muskogee (Creek) Nation and a longtime activist for Native American representation in Hollywood.

“I’ve known Mark for about nine years, and he called me and asked, ‘Do you want to help me run a [public television] network?”’ Wright recalled. He jumped at the opportunity of helming a Native-themed channel.

Wright, a founder of the American Indian Writers Committee of the Writers Guild Association, relishes the role of being able to green-light new programs. “For 20 years I’ve been pitching Hollywood on making Native-themed material and … being told on a regular basis that there are no more Native Americans left, or that it’s such a niche audience nobody would watch,” he said. “I want to hire all the Native writers, directors and actors I know.”

With a shoestring staff, he’s working to ramp up content development, build an underwriting program and extend the network’s reach beyond the 16 PBS stations and six tribal broadcasters that carry now its programs. The channel is accessible to 42 million people, based on the populations of the markets where it airs, according to Wright.

His first task is to tilt FNX programming from almost solely acquired content to production of original series. The network now has eight as yet untitled projects in development, including a Native American news show, a Yo Gabba Gabba!–esque kids’ series, a documentary series about a powwow dancer, a travel skein, a standup comedy program and a technology series written and hosted by Native Americans. A sports documentary series will chronicle Native American legends like Jim Thorpe (pentathlon and decathlon gold medalist in the 1912 Olympics).

Wright also wants to create a film showcase for Native-directed feature-length films and a Hollywood film series modeled on Turner Classic Movies, hosted by film historian Robert Osborne. The host “sits with a Native studies expert and discusses the movies. …Like, ‘The sequence you have just watched is ludicrous, but this one is interesting.’ A film appreciation course.”

Moving as aggressively as possible into news is a top priority. FNX currently carries Democracy Now! Expanding that lineup is essential at “a time when Native Americans are under fire from this administration like never before,” Wright said. “… [W]e need to be getting news on the air.”

Wright envisions a weekly lineup that includes a straight news program and a Meet the Press–style show on Native issues. The network has ruled out a daily newscast as cost-prohibitive.

San Manuel’s Coin endorsed Wright’s focus on news. It’s “a historic period in the United States with a new president and new relationships with Indian tribes, and we should be documenting this period,” he said. The relationship between San Manuel and FNX decision-makers is generally arms-length, he said, but “news and public affairs programming are areas where we have made some suggestions.”

FNX will continue to serve as a kind of clearinghouse for Native American–related content that is produced by PBS affiliate stations and tribes across the country.

Keith Martin, GM of KUAC in Fairbanks, Alaska, said he sends FNX any interesting Native content he comes across, most recently a 30-minute video of the grueling Yukon 800 Mile Marathon boat race. The network ran KUAC’s original production, Make Prayers to the Raven, last year and has scheduled another show, Merging Destinies, for this summer.

Martin is excited about the changes underway at FNX. “I like where they are going,” he said. “It’s been a real asset to KUAC.”

Building reach over the air

If FNX’s expansion is to succeed, Wright and his team must also resolve challenges with distribution. More than 5 million people in the U.S. are of Native American ancestry, according to the 2010 census. But much of FNX’s target audience lives in rural, far-flung Native communities that are unable to receive over-the-air broadcast signals and not wired for cable. They mainly rely on satellite TV for programming. Neither of the nation’s two largest satcasters, Dish and DirecTV, carry FNX outside the Los Angeles-San Bernardino area, noted Wright.

Karl Butler of the Mississippi Band of Choctaw Indians said FNX’s limited distribution is a problem for Choctaw reservations scattered throughout the state. Local cable company MaxxSouth carries Choctaw Video/Choctaw Channel 5, the tribal channel where he works as managing producer. It began airing FNX in 2016, but only reaches three out of eight Choctaw tribal communities — and a small percentage of an estimated 10,000 Choctaw households.

FNX’s PBS stations carry the network on digital sub-channels. Since must-carry rules require satellite services to transmit only primary channels in a local market, there’s no regulatory leverage for them to pick up FNX. 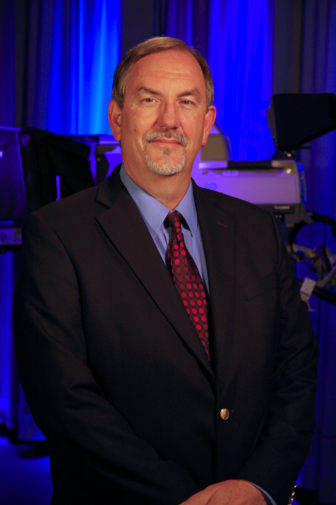 “That is an unfortunate part of the satellite industry. [It is] terrible about taking sub-channels,” said Franz Joachim, CEO of New Mexico PBS. The Albuquerque-based station is an FNX affiliate serving several regional tribes, including part of the Navajo Nation. A whopping 40 percent of television viewers in New Mexico rely on satellite, he said.

New Mexico PBS, also branded by its call letters KNME, is working with Navajo Nation TV, based in Window Rock, Arizona, to improve broadcast service to its communities. Christina Tsosie, a media production specialist at NNTV, which has its own television station, said the broadcast area of the station’s low-power signal covers only about 30 miles and doesn’t begin to reach the entire Navajo Nation.

The engineering support involves improving the tuning of NNTV’s station so that it can retransmit New Mexico PBS’s FNX service farther into the Navajo Nation, Joachim said. The next step will be persuading people to put up an antenna and watch FNX over the air for free.

Through KNME, FNX reaches 670,000 people, about 12 percent of whom are Native American. “My goal is to get out as far as Tuba City, Arizona,” a town on sparsely populated Navajo lands. “That might add another 10,000 people,” Joachim said.

Joachim doesn’t get Nielsen ratings on FNX, but anecdotal evidence suggests it has been popular with viewers since its soft launch in November 2016.

“We started getting comments like, ‘What’s this channel?’ ‘It’s really cool.’ ‘How can I get a schedule?’”

He said FNX’s The Aboriginal Unity Experience, a compilation of music videos of Native American and indigenous artists from around the world, seems to attract a young demo.

The AUX is one of FNX’s rare forays into original programming, as is Native Shorts, a series of interviews with Native American filmmakers produced in partnership with the Sundance Institute.

Joachim said the network appears to have some crossover appeal in his market. At a Victoria screening last year, he said he was surprised that, “As I was walking up to speak, people were grabbing my arm and asking about FNX.”

FNX is working out deals with its producers now and awaiting decisions by the college district board on funding and a planned rebranding. The channel will be changing its name, but Wright can’t go public with the new identity yet. “FNX” happens to be the brand for a series of semiautomatic pistols as well as the name of an oil and gas exploration and production company. “Both things that Native Americans aren’t thrilled with — natural resource extraction and guns,” he said.

Formal production of the new slate will start immediately after the district board’s July meeting, Wright said. About $200,000 remaining from San Manuel’s latest grant and another $1 million due in July — the last installment under the tribe’s previous funding arrangement — will complete the financing package

The district’s investment will bolster the channel financially, but Wright intends to develop other revenue sources. In addition to seeking funds from other tribes, he plans to cultivate foundation support and underwriting sales, which he expects to become easier once the first cluster of new shows debut later this year. Adding affiliates — he’s in talks with three new prospects — will also strengthen his case. Eventually, international program sales may bolster the bottom line.

Wright has designed over 50 games, from Transformers: Revenge of the Fallen, Call of Duty: Black Ops and Big League Sports Summer for Activision to Skullgirls for Reverge Labs, Raving Rabbids: Travel in Time for Ubisoft and Looney Tunes Back in Action from Electronic Arts. It’s an eclectic background for a public television executive, but he said there are always parallels.

“With every video game, you are inventing the wheel from scratch. Someone says, ‘Hey, we got a bunch of money, we want to turn this into a game franchise,’ and you parachute in, and you are in place to build out that thing. And sometimes it is really easy, and sometimes incredibly hard.”