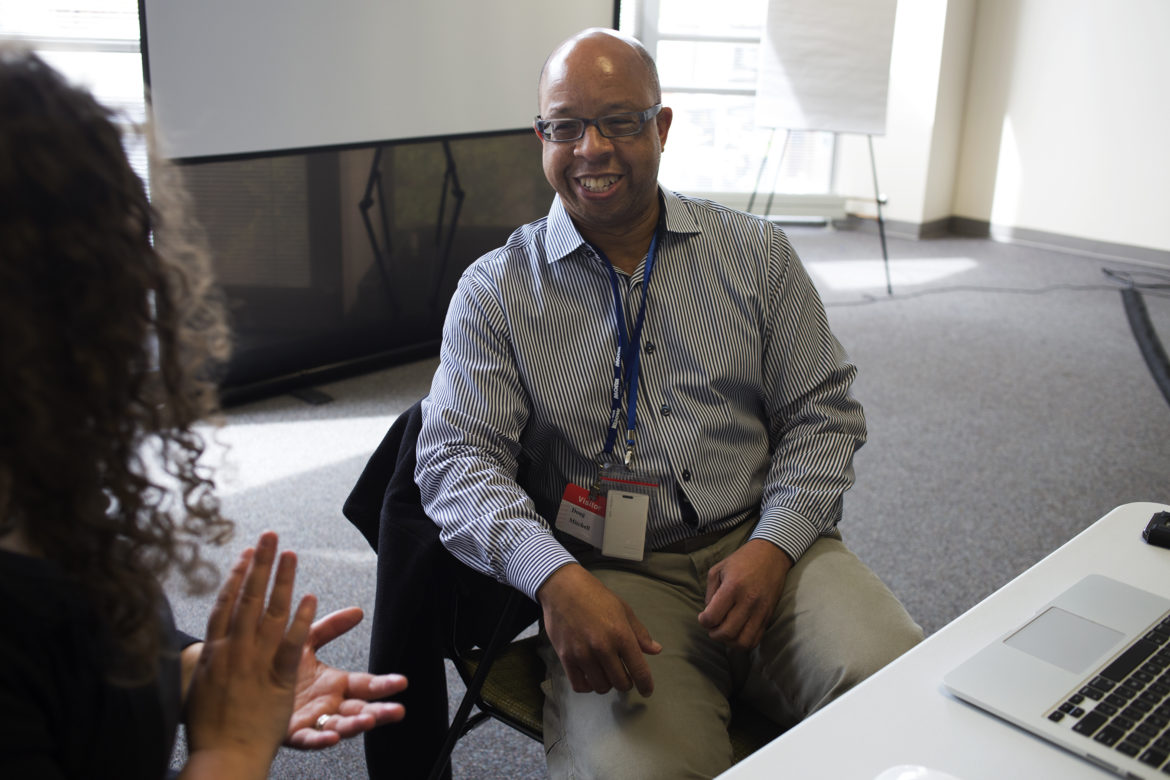 I have to go all the way back to my freshman year in college when I did NOT listen to public radio. I wanted to be a DJ at the campus radio station as I listened to that station a lot. But I got a lot of shade from them. My knowledge of rock-and-roll was as good as theirs, (I listened, remember) but I was ignored. I think they thought of themselves as “gods.”

I walked a few feet down the hallway and spoke to the GM at the public radio station on campus, and he was more than welcoming. To get started, I announced classical music. My parents are big classical and opera fans, so I had heard the composers’ names a lot growing up. Then, I moved to the newsroom and was coached, mentored (yelled at) by the news director. Stayed 3.5 years there and decided, someday, I’d work for NPR.

I spent a summer as an intern in D.C. for an Oklahoma congressman, met a few people from NPR that summer and stayed connected. Two years later, I was brought out as an applicant for a position on ATC. I didn’t get it, but became convinced I could work for NPR.

So, I moved, nagged them for nine months, got hired and, as of June 1 this year, I’ve been with NPR in some form for 30 years.

Sound familiar? It should. How many people have followed a path similar to that? I’m in public media because we are supposed to not just tell stories, but be a reflection of them, too. We are a public service. Our service is to the people, those who listen and those who could listen, if we invited them in. I’m here to open the door.