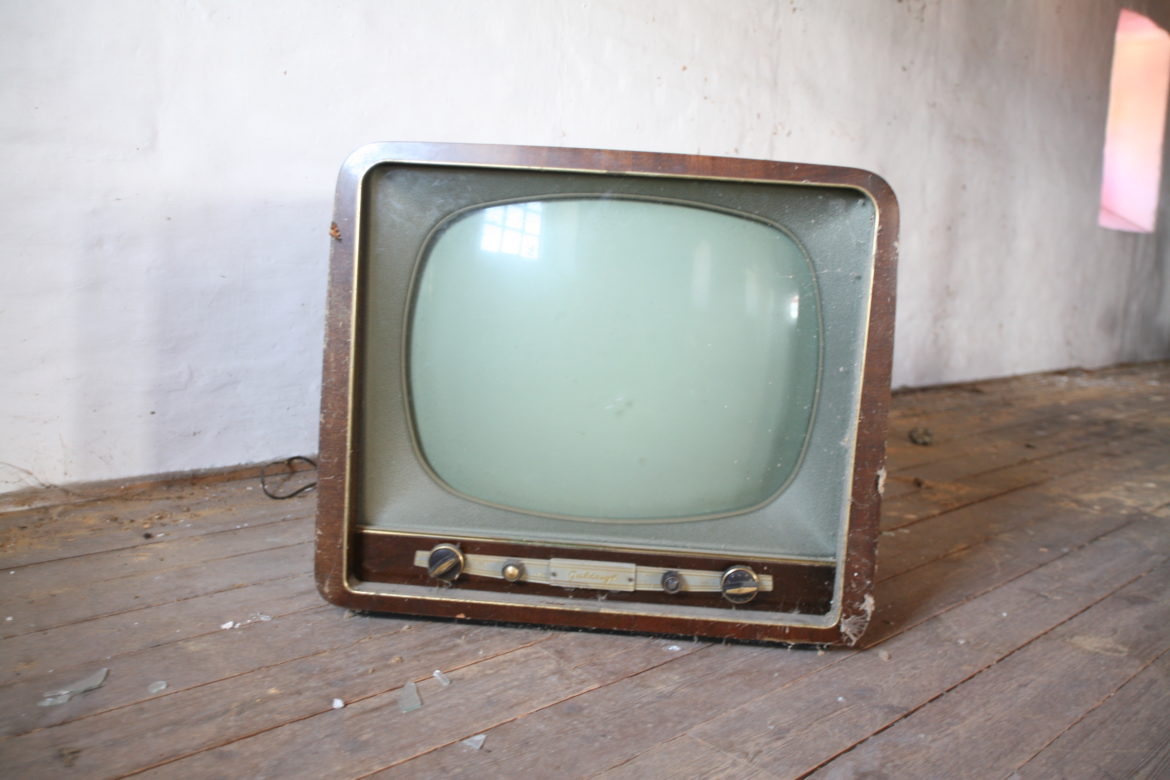 In working with both commercial and public broadcasters, it sometimes feels like worlds are colliding. But these days, I see those worlds diverging. A gap in technological innovation is opening between them.

Part of the divergence is driven by very different capital structures. The commercial groups are willing and able to access the capital markets to fund their business plans for Next Generation Television, not to mention acquisition and consolidation. Public broadcasters, however, face a $144 million shortfall in funding their equipment needs by 2019, according to a recent CPB survey. Proceeds from the FCC’s spectrum auction were far below most projections for public TV, and few stations have developed business models or fundraising cases for closing that gap.

There are potential solutions to PTV’s capital challenge, however; and, as I see it, more is in play. Commercial and public broadcasters seem to have very differing views of the opportunity with Next Gen TV (also known as ATSC 3.0). At the TV 20/20 conference in New York last November, at the National Association of Broadcasters show in Las Vegas last month and in recent congressional testimony, it has become increasingly clear that chief executives of commercial TV groups believe that Next Gen TV is a true game-changer, opening a range of new revenue streams and enhancing their core business offerings.

On the noncommercial side, the buzz among stations is barely audible. Speeches and Hill testimony by public media’s national and station leaders contain few or no references to Next Gen TV. Local stations’ roles in public safety communications has been cited as a reason to preserve federal funding, but the demonstrable potential with ATSC 3.0–based communications is rarely described. In conversations, station GMs reveal levels of skepticism about Next Gen TV that I rarely hear anymore from their commercial counterparts.

The greatest technical and strategic opportunity for public television in a least at least two decades — Next Generation Television — seems to command relatively little attention in public media strategic planning.

Certainly, some in public media are vocal about the potential for Next Gen TV. America’s Public Television Stations has focused on Next Gen at its Public Media Summits. PBS TechCon always covers ATSC 3.0 technology exceptionally well. And I welcome the opportunity to keynote the Public Media Business Association annual conference this week, where I will discuss new service and revenue models for public stations. But the conversation with public media about Next Gen TV overall seems muted compared to the dynamic from commercial players. For them, Next Gen TV is a “want to.” For public television, it’s still a “have to.”

It’s not that public television is standing still — it never has. The effectiveness of APTS, CPB, NPR, PBS and stations in maintaining federal appropriations in the Trump era is testimony to their grit, determination and savvy. The PBS KIDS channel, CPB’s American Graduate initiative and the preschool education program Ready To Learn demonstrate public media’s power when it focuses at the national and local levels on societal needs. And PBS climbing from the 15th most watched network to the sixth is a testament to its continued programming excellence.

The problem is that the greatest technical and strategic opportunity for public television in a least at least two decades — Next Generation Television — seems to command relatively little attention in public media strategic planning.

This soft focus on Next Gen TV may stem from a lingering perception that the internet has killed local broadcasting and that the future is online. This worldview persists despite the mounting evidence that the internet — in the form of streaming services such as Netflix and Amazon TV — is actually a kind of “gateway drug” to over-the-air reception. Many people who cut the cable cord, or never sign up for it in the first place, soon discover that the sleek flatscreen HDTV they use to watch movies on demand can also get tons of free local content with a small, cheap antenna.

This return to antenna television, documented in trend lines from Nielsen, GfK and antenna sales, is remarkable given the poor quality of indoor reception of current generation “ATSC 1.0” receivers. With its deep indoor and mobile reception, hybrid integration with broadband, and consumer personalization, ATSC 3.0 will only accelerate cord-cutting. Public television has more to gain from this return to OTA than commercial media, as stations receive no subscriber retransmission fees from cable and thus have nothing to lose from cord-cutting. And because a higher percentage of PTV viewers already are OTA-only, as measured by GfK, it could indicate that, with a bit of planning, a return to OTA could lead to membership growth.

Next Gen TV has arrived

Why am I so sure Next Gen TV is coming? Here is my “data set”:

Results of the FCC spectrum incentive auction also point to the inevitability of Next Gen TV. The market has now spoken: Broadcasting, for the most part, remains the “highest and best use” for lower UHF spectrum after all. But the Next Gen TV business models that led broadcasters to keep most of their spectrum also showed them that sticking with their ATSC 1.0 technology would eventually fulfill the prophecies of broadcasting’s decline. When they passed up auction revenue, station groups doubled down on local broadcasting by committing to Next Gen TV.

In two commentaries published last fall by Current, I called for “mission-focused innovation” to develop some of the service and revenue opportunities that Next Gen TV offers for public television; I also proposed that those licensees that pocket funds from the FCC auction establish a Next Generation TV innovation fund. Public Media Company’s Marc Hand fleshed out a similar proposal in a May 12 commentary for Current.

A few recent developments should be considered in building out any PTV plans for Next Gen TV. New business modeling by some commercial broadcasters has verified that enhancements to their “core” business lines, such as targeted advertising, hold great promise for growing revenue. Mobile services remain a lucrative mid-range target for some leading broadcasters.

While datacasting appears less promising in some models, it’s important to follow the money from investors. After Dish Network spent $6.2 billion to buy additional UHF spectrum in the incentive auction, CEO Charlie Ergen stated that a business model for the “internet of things” — providing data to machines versus services to people — drove their whole valuation strategy. “Whether it be streetlights or heart monitors or drones or whatever, we’ve always looked at it as megahertz per thing [vs. per population],” Ergen told Fierce Wireless. “And when you do that, obviously, the more densely populated cities are quite a bit of a bargain discount, if you believe our strategy is right.”

Many broadcasters also see the connected car as a major market opportunity for Next Gen TV. Connected vehicles will require constant data for navigation and telematics, and rear-screen entertainment options will eventually be joined by front-screen options as cars become autonomous.

I’m not proposing that all public stations become early adopters of Next Gen TV. But it’s vital that some stations go first and show the way to others. Using experimental licenses for testing new services and vacant channels for simulcasting, as we and others proposed in our comments in the FCC proceeding, are also possibilities. I recommend that many stations aim to at least be in the “early majority” on the classic Rogers technology adoption bell curve. But all need a plan.

Stations and national organizations have experience in developing strategic plans for innovations in technology and community service. Succeeding with Next Generation TV requires such an effort. Let me suggest the following considerations:

Finally, I encourage more public broadcasters to support the AWARN Alliance, which is leveraging Next Gen TV to dramatically upgrade America’s alerting system. Public television should own advanced alerting. So far leadership has come from commercial broadcasters (including the 10 largest station groups), NAB, LG Electronics and other companies. But public television’s participation is growing, with membership from APTS; Kentucky’s KET; KPBS in San Diego; North Carolina’s UNC-TV; WKAR in East Lansing, Mich.; WNET in New York and Vegas PBS. Our newest member is the Consumer Technology Association, which means much of the Next Gen TV “ecosystem” is represented in the Alliance membership. 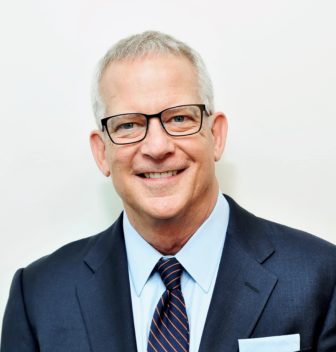 We also have founded an AWARN Advisory Committee with the nation’s largest alert originators, including the National Weather Service; the Federal Emergency Management Agency; the National Center for Missing and Exploited Children, which issues AMBER alerts; and APCO International, which represents 911 call centers. Later this year, we will be setting up user groups that include our alliance and advisory committee members, social scientists and others. In addition to creating a life-saving new public service, the AWARN Alliance is a great test bed for learning the full potential of Next Generation Television.

It would be hard to imagine a new distribution platform better suited to public television’s structure and mission than Next Generation Television. Through highly complementary hybrid networks, it combines PTV’s leadership in online media with the renewal of local broadcasting. As the FCC greenlights an unprecedented consolidation of commercial broadcasting, the need for public media will be greater than ever. With planning and focus, public television can close the innovation gap and thrive for decades to come.

John Lawson is executive director of the AWARN Alliance and principal at Convergence Services, Inc., a strategic consulting firm. He served as president of the Association of Public Television Stations from 2001 to 2008.