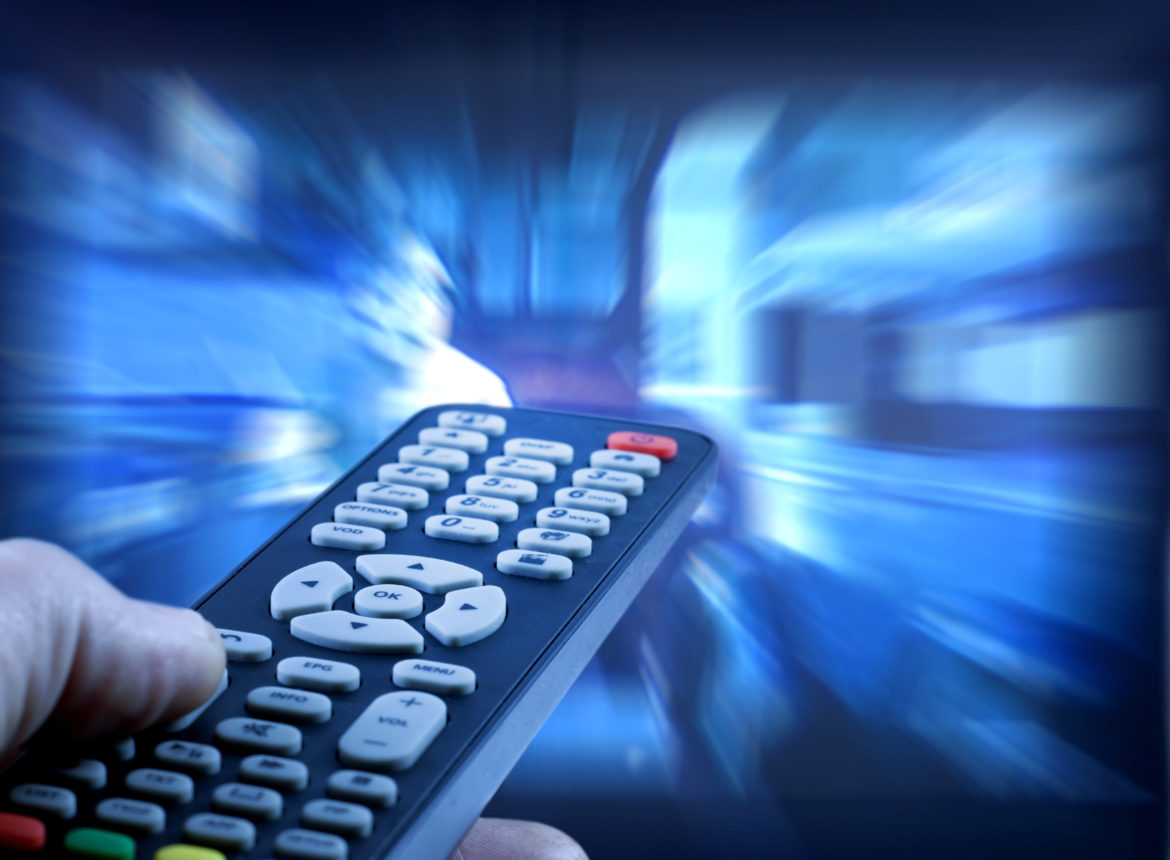 The second stage of the FCC Spectrum Incentive Auction closed Oct. 19 after a single two-hour round. Tepid bidding by wireless carriers for UHF television spectrum again called into question the rationale behind the Spectrum Act of 2012, which authorized the auction.

The demand for UHF spectrum by the wireless industry was not the only flawed assumption behind the Spectrum Act. Another was that over-the-air television broadcasting was headed to extinction. With minimal debate, the impact on minority viewers and the loss of video competition from diminishing free over-the-air television was accepted as collateral damage for enabling the wireless industry to deliver mobile video. This prediction about broadcast TV, accepted by some in public media, has proven misguided. It’s past time to embrace a new reality.

Not only has over-the-air television survived, it is growing year over year, as data from Nielsen and GfK have confirmed. Conversely, pay TV’s subscriber losses are accelerating, with a record drop of 665,000 households in the second quarter of 2016 alone, according to Leichtman Research Group. Growth of OTA viewing among minority households has been faster than that of the general population, and nearly one-fifth of PTV “viewers like you” rely on “antenna television,” according to GfK research for PBS.

A key driver of OTA growth comes from cord-cutters or cord-nevers who relied on internet subscription services, then discovered that their HDTVs already receive free, local television through a cheap antenna. Ironically, it turns out that broadband — still thought by some to be the killer of television — has become a kind of gateway drug for cord-cutting. The key for PTV is to integrate broadcasting with the internet, which the Next Generation Television standard is explicitly designed to enable when broadcasters begin adopting it in 2018. Welcome to the world of what platform developer Herve Utheza calls “broad-net-casting.”

With its pioneering role as a provider of streaming media that also relies heavily on broadcasting, public TV has more to gain from the comeback of OTA than any other sector of the television industry. Public stations have a unique incentive to embrace Next Gen TV: Unlike their commercial counterparts, they receive no cable retransmission fees and therefore have no monetary tradeoff when someone cuts the cord. PTV should be taking steps right now to ride this wave and build market share. I recommend a few ways to do this below.

Next Gen TV incorporates HTML5 encoding and was explicitly designed to marry internet-delivered video with deep indoor reception of broadcast signals. This combination will only accelerate the cord-cutting trend. Low-cost “home gateway” products from leading consumer-electronics manufacturers will combine internet connectivity with off-air signals and retransmit the content — integrated and interactive — via WiFi to television sets, smartphones, tablets and PCs in the home.

The success of PBS Passport signifies the power of personalizing content as a member benefit. Next Gen broadcasting will maintain PTV’s commitment to universal service while drawing viewers to the online platform, all through a seamless HTML5 interface. These new broadcast-broadband “hybrid networks” will deliver the best of on-demand and linear television and take member engagement to a new level.

Next Generation TV also has a major financial upside for licensees that choose to keep their spectrum. For public stations on both coasts, my firm, Convergence Services, worked with Business Analytix to create financial models that compared future recurring revenue to potential auction proceeds. The models predicted that retaining spectrum and innovating with ATSC 3.0 produced a better financial outcome than returns from investing auction payouts in an endowment. The worst option was keeping spectrum and not upgrading to Next Gen.

Our modeling assumed that only 25 percent of the stations’ bandwidth could be dedicated to commercial activities, consistent with FCC rules for ancillary use of PTV spectrum. For a station in a top 30 market, the model projected an increase in annual revenue of $11.48 million three years after launch and $30.69 million five years after launch. Projected revenue for a station in a top 10 market topped $50 million five years after launch. Given that a $500 million endowment funded with auction proceeds would typically pay out 5 percent per year, or $25 million, keeping and monetizing spectrum could quickly produce greater returns.

Models predicted that retaining spectrum and innovating with ATSC 3.0 produced a better financial outcome than returns from investing auction payouts in an endowment.

The revenue drivers for public stations using ATSC 3.0 typically will come from third parties, such as content distribution networks (CDNs) that lease a station’s excess bandwidth. These offerings could be clearly separated from the station’s on-air branding and programming. The new services include:

Mobile video and targeted mobile advertising in our models are projected to begin producing revenue in 2022 as ATSC 3.0 mobile devices enter the market and penetration grows slowly over time.

Certain potential revenue streams were excluded from our model. Early-adopter ATSC 3.0 broadcasters, primarily commercial stations, will need to lease spectrum on “lighthouse stations” to maintain their ATSC 1.0 services, and public broadcasters could benefit from these arrangements. Revenues from “skinny bundles” of programming also are not included in our modeling, but some commercial broadcasters plan to offer such subscription services. Distributors like PBS and American Public Television could compete in this space.

Our modeling focuses on the fraction of a station’s spectrum that could be put in play to generate commercial income, and these revenues will in turn support the mission of each station. But Next Gen TV also will enable innovation in a much larger portion of station spectrum that would still be reserved for noncommercial activities under FCC rules. Next-gen technology can drive viewership, audience engagement, membership and new donation models.

Next Generation Television will enable new mission-focused activities, such as interactive education, rich-media services to homes without broadband, and providing programming in other languages and or accessible formats to underserved audiences.

I lead a new alliance of broadcasters and technology companies that is developing the Advanced Warning and Response Network, which will use ATSC 3.0 to provide geo-targeted, rich-media emergency alerts unlike anything available to the public today. These are the kinds of services that stations can take to their state legislatures, universities or communities for capital requests to support their upgrades to ATSC 3.0.

Through this strategy, public media could become truly independent and play an even more significant role in our society.

When stations begin producing sizable revenues with Next Generation Television, it will undoubtedly lead to changes in both the levels and distribution of federal funding. But this would be a good problem to have. By generating their own sustaining income, some stations at least could reduce or even eliminate their need for federal support.

A trust fund that provides steady and reliable funding without the strings of an annual appropriation has been the eternal dream of American public broadcasters. Some stations may achieve that dream through endowments funded by sales of public assets, but they will be left with diminished distribution capacity. For other stations, this goal could be achieved through innovation in how they manage their channel capacity: income generated by monetizing a portion of their own spectrum. Through this strategy, public media could become truly independent and play an even more significant role in our society.

Stimulus from $1.75B repack

Many broadcasters, public and commercial, dread the FCC’s post-auction repacking of television stations into a narrower spectrum band. My colleague Fiona James and I look at it differently. Rather than just a federal mandate, we see a $1.75 billion stimulus program for broadcasters that want to remain in the broadcasting business. In fact, certain planning expenses are eligible for reimbursement before the 39-month “shot clock,” the timeline for completing the repack, even begins running.

The goal of every station that goes through the repack should be to come out of it with a leaner, more efficient and updated Next Gen TV infrastructure that serves more people in more ways.

A smart, consumer-friendly move by the FCC would be harmonizing its repacking plan with the Next Gen station upgrade. Even without formal FCC approval of the ATSC 3.0 standard, stations can and should plan for a de facto harmonization. Options for doing that are expanding; for example, leading manufacturers are selling new transmitters that can be updated from ATSC 1.0 to 3.0 in the field with software.

In addition to discussions about spectrum-swapping for the 1.0 to 3.0 transition, now is a good time to reach out to other broadcasters in your market about tower-sharing opportunities during the repack. Co-location with public safety transmitters also could be a first step toward a greater role in emergency communications for stations, as advocated by America’s Public Television Stations for FirstNet and the AWARN Alliance for advanced alerting. Although the FCC has a temporary freeze on license modifications, stations should be planning now to achieve greater reach post-repack.

Another new technology enabled by ATSC 3.0 holds promise for replacing translators after the auction “clears” some portion of the UHF band. The Single Frequency Network allows broadcasters to reuse their main signal on low-power repeaters to extend their signals over terrain or infill urban canyons, subject to FCC rules. SFNs also are the basis for a robust mobile video service, representing a kind of “cellularization” of broadcasting. Although building out SFNs will increase capital costs of ATSC 3.0 implementation, several broadcasters can share the same infrastructure and reduce their financial outlays. In a previous commentary, I outlined ideas for public TV leadership in managing an influx of spectrum auction revenue, which could still be substantial for certain major-market stations even at diminished bidding levels. I advocated a voluntary statement of principles to help ensure that proceeds from public television spectrum sales are plowed back into public service. One productive use of those proceeds, I believe, would be creation of an innovation fund to capitalize service and business models at local public stations such as those I sketched out above.

Although public television faces many challenges today, it benefits from strong leadership, a loyal audience and stable finances. Tools are available for public media leaders at the national and local levels to meet the coming structural and technological disruptions. Embracing innovation while honoring core principles could ensure the health and growth of public media for generations to come.

John Lawson is executive director of the AWARN Alliance and principal at Convergence Services, Inc., a strategic consulting firm. He served as president of the Association of Public Television Stations from 2001 to 2008.