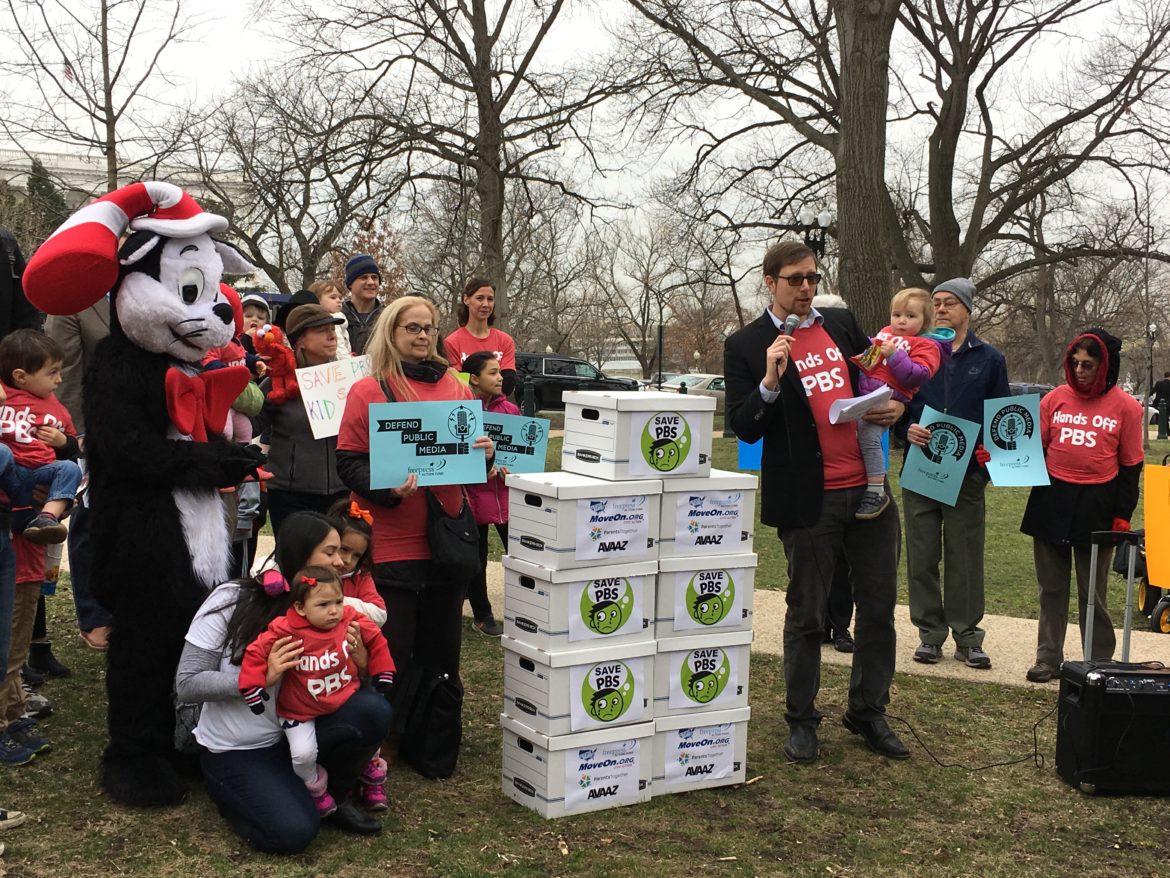 Ben Wikler, Washington director of MoveOn.org, addresses fans of PBS Kids at a rally to save funding across from the Capitol Tuesday.

WASHINGTON — Dozens of parents and children gathered across from the Capitol Tuesday morning to protest cuts to public broadcasting’s federal funding that could affect PBS Kids programming.

Organizers later delivered petitions to members of Congress, bearing 660,000 signatures gathered online to save CPB funding from being cut by President Trump. His initial budget proposes eliminating funding for the corporation.

Kids wearing pink “HANDS OFF PBS” T-shirts waved little American flags as organizers — several with their own children in tow —  took to a microphone beside boxes that symbolically carried reams of petitions.

Bethany Robertson, founder of sponsoring nonprofit ParentsTogether, told the crowd that Trump’s budget “is sending families a clear message: You are on your own.”

“But all of us here today are not on our own,” Robertson said. “There are at least 660,000 people standing with us. And they are sending a very clear message: Hands off PBS Kids.” 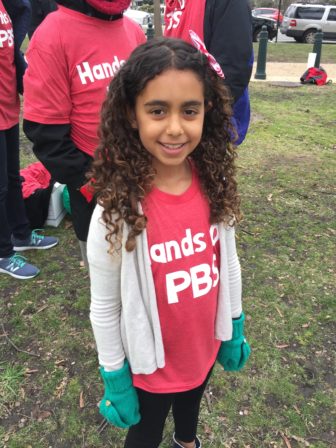 This fight is about local community stations, Aaron said. “Stations without this funding will disappear,” he said. “Not stations in wealthy cities, but in rural areas. They’re the ones in danger.”

“Kids can’t vote, so they need us to step up,” Aaron said.

One of the youngest advocates to speak, 9-year-old Iman Elkoustaf, said she traveled with her mother from California to appear. “I love PBS, and millions of kids do too,” she said. “They couldn’t be here, so I speak for them.”

Iman said she has been “watching PBS since she was little,” and has learned about “wildlife, math and problem-solving.”

Wikler thanked Iman and reminded the crowd not to miss “the buckets of snacks at the face-painting table.” 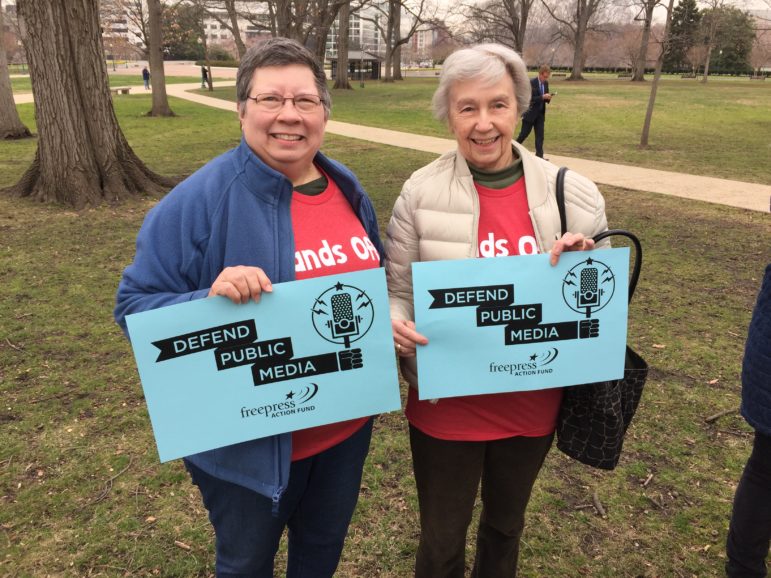 But not everyone in the crowd wanted snacks and face painting. Older fans supporting the larger goals of public media showed their support as well.

Barbara Kaetzel-Row of Bedford, Pa., and Betsy Dolard of Annapolis, Md., hoisted sky-blue “DEFEND PUBLIC MEDIA” signs. The two met for the first time that morning on a train. Kaetzel-Row was traveling from Pennsylvania to the Library of Congress to do some genealogical research “when Betsy talked me into doing this instead,” she said. “This is important.”

“There’s something so special about PBS and NPR,” Dolard said. “They genuinely give you good information in a calm and quiet way.”

Trump’s final budget is expected later this spring. The document will then go to Congress for revisions and approval.