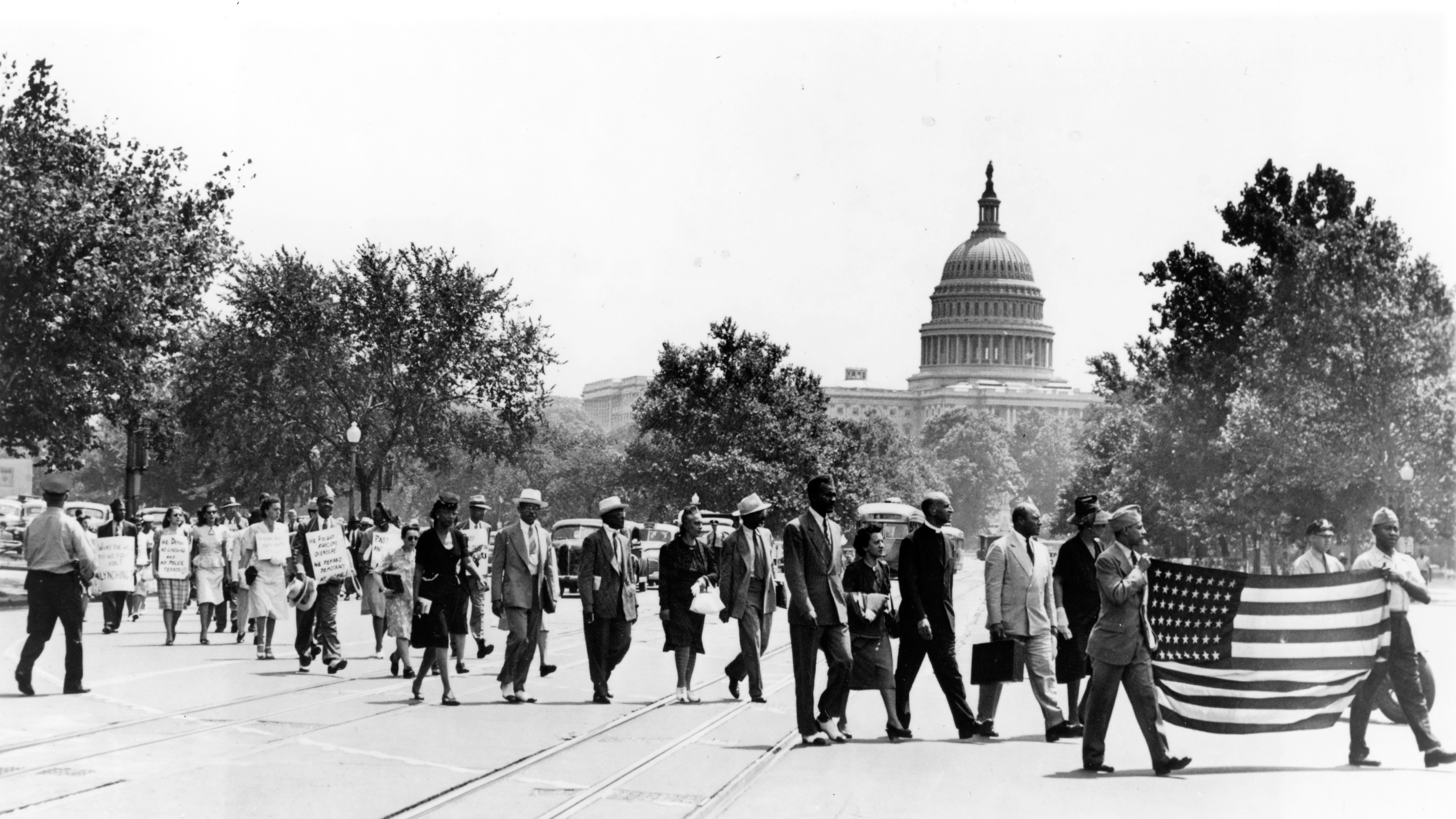 A timely new online exhibit from the American Archive of Public Broadcasting presents the history of “Speaking and Protesting in America.”

The curated presentation highlights public radio and television content from 1956 to 2008 documenting how Americans have exercised their First Amendment rights. It’s culled from radio call-in shows, local newscasts, raw footage and interviews. Coverage shows everything from peaceful marches to acts of civil disobedience.

Online visitors can sift through some 50 recordings. In one 1962 interview from the Pacifica Radio Archives, civil rights icon Rosa Parks discusses why she refused to give up her bus seat to a white man in Montgomery, Ala., in 1955; a 1973 segment from WYSO focuses on women gathered in Yellow Springs, Ohio, to protest sexism in the workplace on International Women’s Day.

The archive now holds more than 70,000 programs from over 100 stations.  Staff discovered that curating and organizing the material into exhibits helps the public and researchers more easily find gems in the digital trove, Kaufman said. Previous exhibits, which are the most popular landing pages in the archive, looked at presidential elections and campaigns, how public media has documented climate change since the 1980s, civil rights in the South and stations documenting their own histories.

The archive, which operates through a partnership of the Library of Congress and WGBH, works with universities to give graduate students curation experience. Michelle Janowiecki, who is studying history and archive management at Simmons College in Boston, curated the latest exhibit.

In December the archive received $345,000 from the National Endowment for the Humanities for work on PBCore, a metadata standard for managing public media collections.