Boston’s WGBH and the Library of Congress will take over stewardship from CPB of the American Archive of Public Broadcasting, a collection of programs, raw footage, speeches, concerts and other program-related materials spanning over 50 years of pubcasting history. 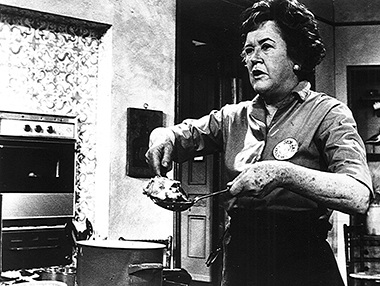 Together, WGBH and the LOC will digitize and store more than 40,000 hours of content. Both will provide public access to the collection within their own facilities in Boston and Washington, D.C. Materials with cleared rights will be available online as well.

CPB, which initiated development of the collection in 2007, will provide $1.1 million over two years to support the archive.

“We’re playing to both of our strengths,” said Karen Cariani, media library and archives director at WGBH, who will manage the station’s role in the project. The partnership calls for the LOC to preserve the physical files in a restricted-access “dark archive,” while WGBH will handle outreach to contributors and requests for public media access to the collection.

To present American Archive content online, WGBH will likely design a system similar to a digital archive it uses for its own content, Cariani said.

Much of the work involved in clearing rights for web-based distribution has yet to be done, Cariani said. “We’re going to try to put as much online as we possibly can.”

The team has digitized about 30 percent of the material and hopes to finish the rest by next summer. Cariani estimates the archive will be accessible by 2015.

The archive comprises 2.5 million items from more than 100 public radio and TV stations and networks, including concerts, complete programs, raw footage and unedited interviews. Three hundred institutions outside of public media have also contributed footage. Footage of public TV stars, including Julia Child and Fred Rogers, and speeches from President Obama when he was a student at Harvard Law School are examples of the content collected for the archive.

CPB backed development of the archive and managed it as an internal project until 2012, after Congress cut the digital appropriations supporting the work. Matthew White, the archivist who oversaw the collection for two years, left his post as executive director in January 2012.

WGBH and the LOC will seek additional funding after CPB’s two-year grant winds down, Cariani said. The corporation will maintain an oversight role after the grant period ends.

Casey Davis, who managed the interactive “Abolitionist Map of America” project for WGBH’s American Experience in 2012, will serve as the archive’s project manager.