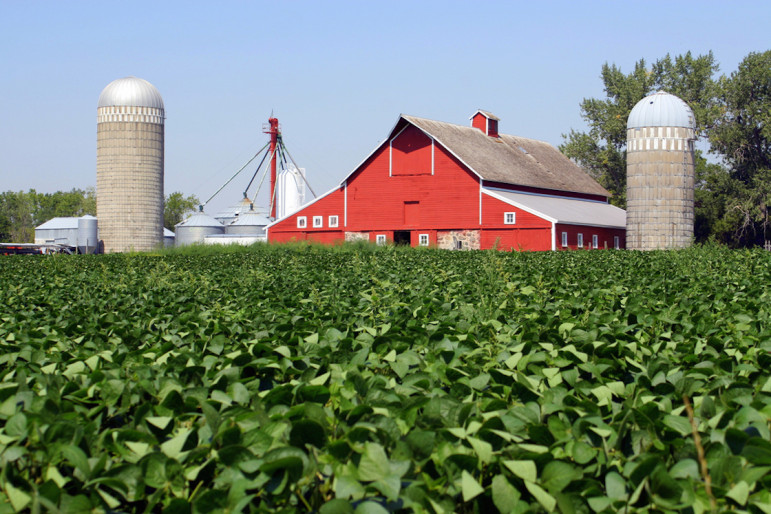 Thousands of hours of archival footage are emerging from dusty storage rooms at public television stations to find a second life in advertisements, marketing campaigns, documentaries and other media projects produced as far away as China.

Sales of stock footage ballooned 40 percent worldwide from 2011–15, driven by growing viewership of web video, according to a survey this year by the Association of Commercial Stock Images Licensors trade group. 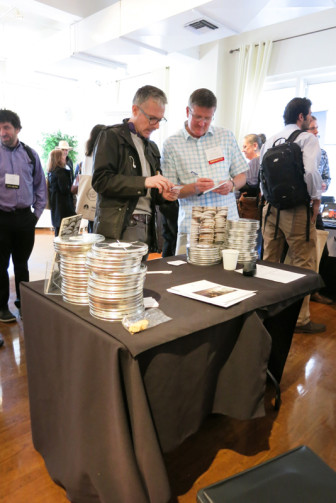 WNET in New York City sent more than a dozen representatives to ACSIL’s first Footage Expo in April, also in New York, and took the opportunity to “reintroduce its vast archives to the creative community,” it said in a press release. The station recently hired a director of content distribution to look at new revenue streams. “Footage licensing is a neglected part of that portfolio,” said Joe Basile, director of rights and clearances.

WTTW in Chicago is revamping how it promotes its content, WGBH is reworking its stock-footage website, and Oregon Public Broadcasting is shopping for a new digital system to help sales efforts.

Public broadcasters in Britain, France, Denmark and Japan already earn millions of dollars annually in archival sales, White said. Granted, those broadcasters also have the infrastructure to do so. INA MediaPro, part of the French Ministry of Culture, employs over 1,000 employees and has digitized more than 1 million hours of public media programming.

But with American public television stations focused more on their communities, “there’s so much more local programming here, it far outshines Britain and other systems that are more centralized,” White said. He feels public media content in America “holds huge potential” in the stock-footage market.

Stations such as KVIE in Sacramento, Calif., are already earning a small but steady amount from footage. Producer Jim Finnerty, who handles the sales, refers to it as “an annuity.” Clips of grazing livestock, colorful produce and farming machinery in use earn KVIE from $1,000 to $2,500 a month.

“We’re looking to increase that in the future as we provide more material,” he said. Clients include food store chains, commercial TV networks, overseas broadcast outlets and state and federal offices.

Michael Kantor, e.p. of American Masters, captured the sense of the market’s potential in his keynote address to a packed room at the ACSIL conference. “When you’ve got something good and people are interested, wahoo!” he said.

In Sacramento, KVIE’s national production of agriculture-oriented America’s Heartland, now in its 11th season, feeds buyers hungry for footage. The station sells directly and works with stock houses including Getty, a major broker. Finnerty said that in April alone, clips went to buyers in Portugal, Britain, Italy and South Korea.

“China buys a lot as well,” he said. And the station recently sold cattle and feed-lot shots to an Irish television show for a report on the U.S. opening to Irish beef sales.

At WTTW, Esh Halpern, intellectual property attorney, gets two or three requests a day for sales from the station’s 60 years of footage, “going way back to our black-and-white educational classroom clips. Advertisers are looking for that authentic look, so it works in a new way.”

Other popular content includes Chicago Tonight news interviews and Soundstage music performances dating to 1974, as well as B-roll footage of city streets, buildings and the Lake Michigan waterfront. “With the recent passing of Roger Ebert, our Sneak Previews program clips have become of great interest as well,” Halpern said.

Several stations including WTTW use a sliding scale for prices. If a major organization such as CNN or the NFL wants footage for worldwide rights in perpetuity, prices range from $40 to $75 per second. “But we are here for the community,” Halpern said. “If a small documentary producer or educational group needs a clip, we often waive the fee. And we have a special rate for PBS sister stations that just covers our costs.”

OPB got into the stock-footage marketplace through its digitization work with American Archives, said David Davis, v.p. of television production. OPB was the lead station in the initial phase of the project in 2009, partnering with CPB to disseminate $3 million in grants to help stations identify, catalog and digitize old content.

White said that project was meant to get pubcasting material “in front of the public” and make it easily searchable for researchers, students and educators. “But if a producer wants a clip for a production, it makes total sense for a station to market that clip,” he added.

WNET is taking advantage of its digitized American Archive content for stock sales as well. The initiative “allowed us to go into our collection and find out what we had,” Basile said. “Now we want to take it to the next step.”

CPB did not consider sales of archival footage when funding the American Archive project, said Michael Levy, CPB s.v.p. But the corporation also realizes that demand exists. “The Archive allows for potential buyers to explore the catalog; the actual copyright owners control further use of the content,” Levy said. “In the case where that is a station, the potential buyer would then need to contact the station and negotiate a deal.”

That process might become easier soon, as the Archive explores the possibility of providing a licensing service.

Since the renamed American Archive of Public Broadcasting website went live April 7, staffers have indeed received requests from clients who would like to purchase material for reuse, said Casey Davis, manager of the project that is now a partnership of WGBH and the Library of Congress.

The AAPB doesn’t yet have a licensing policy and is discussing one with public broadcasting stations. “The Archive is primarily for preserving the content for future audiences and making it available for research and education,” Davis said, “but we may offer other services to stations as well,” which may include handling licensing work. The site contains nearly 2.5 million metadata records, 72,000 describing video and audio content digitized by the Archive.

Meanwhile, OPB and other stations continue to add to their growing caches of content. OPB is slowly digitizing more local content, including 26 seasons of Oregon Field Guide and 16 seasons of Art Beat.

The cost of digitizing old footage from film and video formats is one of several hurdles stations face as stock-footage suppliers. Footage is now routinely shot digitally, but huge caches of materials that buyers want need reformatting.

And just finding a client’s specific request can be complicated. “We have a joke around here,” KVIE’s Finnerty said. “This is the media motel — you can check content in but never check it out.”

At WNET, “we sit on such a large treasure trove of material we sometimes refer to ourselves as ‘Grandma’s attic,’ ” Basile said. “And, like Grandma, we don’t always know what we have up there.”

Rights work can be time-consuming and tedious. Basile at WNET said he sometimes finds himself “pulling 50-year-old files on onionskin out of basement filing cabinets” to research copyright. One staffer works full-time on rights and clearances; employees in the archive department help locate recordings that may even be stored at the Library of Congress. 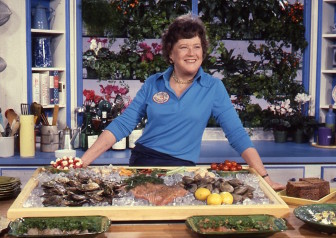 Stock-footage deals can be “a very labor-intensive endeavor,” said Alison Smith, WGBH’s associate director of stock sales and licensing and an ACSIL board member. “Often, lots of rights research has to be done to license. There can be layers of third-party rights. You need to have good documentation, and you can’t license if don’t have the correct paperwork.” The Boston station runs two archival websites: Open Vault, which presents historic content mainly for researchers and educators; and another site focusing on sales of footage, images and still images.

But White sees “the entanglement of rights” as “the red herring of the footage world.”

“So many archival sales are done every year throughout the world without any issue,” he said. “What scares people is the threat of litigation. But that really is the exception.”

While the producing station needs to stand behind its copyrighted footage, White said, it’s not responsible for clearing all the rights that may be associated with it. The clients who are purchasing the footage must take on that additional legwork.

“This is known as ‘rights managed’ material, meaning that there may be a need for clients to secure additional clearances,” he said. “There is, naturally, a large community of rights and clearance specialists who can help secure additional rights for the clients.”

WNET follows that industry standard, Basile said. If WNET had footage of a ballet performance that a producer needs, the station would hold a copyright, but the client would be responsible to clear usage with other potential rights-holders, such as the music composer. “The onus is on the user,” he said.

“First steps into the marketplace”

Despite the challenges, top producing stations such as WNET are focusing on the future of the growing footage marketplace. The New York station used to provide a simple placeholder website with contact information; now it’s populated with sizzle reels of natural history, dance, music and African-American content.

The station also “has some business deals germinating,” Basile said. Partners are interested in paying for digitization of 2-inch quad videotapes in exchange for a share of future footage sales.

WTTW went the other direction: It recently shut down its footage site in favor of a simple contact page.

“Since we’ve taken it down, we actually license more,” Halpern said. Clients interact more with WTTW staffers instead of searching online. Halpern and WTTW’s archivist help producers brainstorm and often come up with ideas for content that the client hadn’t thought of.

The station is also representing other content producers, acting as an agent and promoting their material. The estate of a Chicago photographer active in the 1920s and ’30s recently shared his footage, complete with scenes of horse-drawn carriages. WTTW licensed some of that content to the HBO show Boardwalk Empire.

WGBH is starting a redesign of its stock-footage sales website and hopes to relaunch this fall, Smith said. It will have an updated design, more content and additional information about how to access the station’s digital and non-digitized content.

“I’m very bullish on stock footage,” said WNET’s Basile. “Public media needs to demonstrate proof of concept before we can get into this whole hog. We’ll take these first steps into the marketplace and, we hope, show a return on investment. That’s the game plan.”