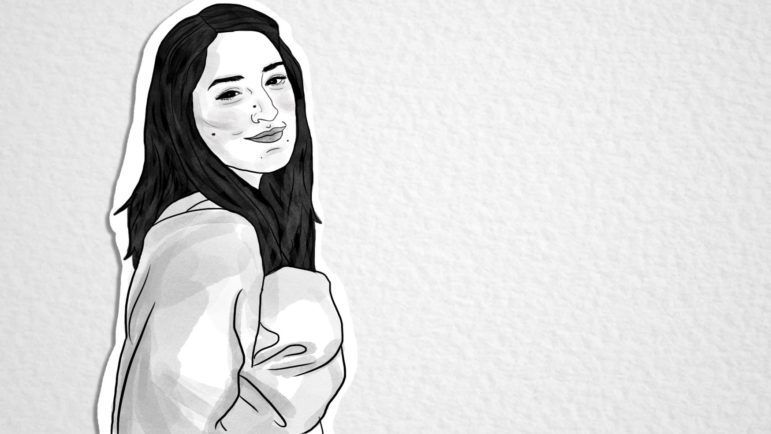 A freelancer for KQED posted on his personal Facebook page about the fire that killed 36 people during an electronic music show earlier this month. Over the next two hours, comments piled on about who was there, who was safe and who was going to the hospital.

Meline hadn’t heard from two people he knew who were at the Ghost Ship, a home and performance space for artists. After going to sleep in the wee hours of the morning, Meline awoke several times, hoping the incident hadn’t really happened. Instead, he was “waking up and finding out it was worse,” he said.

The fire at Ghost Ship was deeply personal for some in the Bay Area’s public media community. KQED lost a freelance producer in the disaster. Four volunteers for Berkeley community station KALX also died in the blaze, along with friends of staffers at San Francisco’s KALW. Several KQED employees have visited and lived in spaces similar to Ghost Ship.

“This has been an apocalypse for the artist community, especially those who don’t have a lot of money,” said KQED reporter Cy Musiker, who was among the first KQED Arts reporters on the scene. Musiker lives about a mile from the warehouse. For three consecutive days, he heard helicopters hovering over the area.

“It was hard to get away from,” he said.

How KQED reported on the fire

Soon after the story broke, KQED’s arts department brought electronic music freelancer Chris Zaldua into the newsroom for two weeks. Zaldua, a local DJ who lost a half-dozen friends plus several acquaintances in the fire, contributed to coverage while connecting KQED to the local artists, as well as the fans and creators of electronic music who frequented Ghost Ship. That community had “quickly learned to distrust the media and say no to reporters” because of “most outlets’ sensationalized coverage,” Meline said.

“This has been an apocalypse for the artist community.”

Zaldua helped book guests who were at the warehouse or were scheduled to perform the night of the fire. He also put the department in touch with friends and peers of the deceased, helped with fact-checking and offered other “in-the-know advice,” Meline said.

For example, Zaldua helped KQED determine how a tribute video should name the deceased, some of whom were known by a variety of stage or recording names. Many who died also filled a wide range of jobs and roles and were affiliated with different record labels. Zaldua helped choose the most current and relevant titles, saving KQED a lot of guesswork, Meline said.

“We had covered the underground electronic scene before, and several of us routinely go to warehouse parties, but he really helped our coverage resonate with authority,” Meline told Current. “There’s a lesson out there for public media: Find and maintain connections with writers and key figures in what some might call ‘niche’ scenes.” 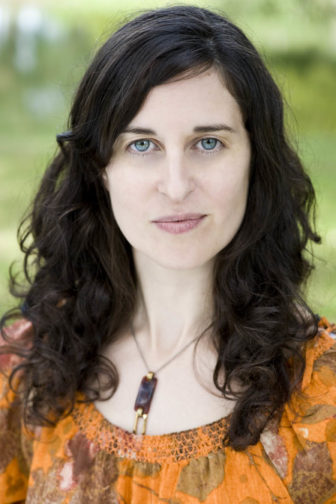 Meanwhile, KQED Arts began pulling together tributes to those killed in the fire. KQED staffers debated at first who should write the profiles, but KQED Arts took the lead, said KQED senior arts editor Chloe Veltman.

They also debated whether people who knew victims should be allowed to write remembrances of them and decided that such personal connections strengthened the pieces.

“It helped them to process the trauma of this,” Veltman said. “I think there was a therapy in it, but also just everyone wanting to help out, regardless of whether they knew these folks or not.”

Alex was more than a colleague. As we got to know each other … we discovered that he was born on the same day, nearly the same hour, not far from the hospital where my son Lucien was born. When I told him Lucien died when he was 10, he stopped and we both sat silently for a second. Then he asked me, actually kind of probed into me, about Lucien’s life … . Most people, when you tell them your kid died when he was 10, understandably, don’t know what to say. Not Alex, and I will never forget that. After I had satisfied his curiosity … he said, “Okay, that’s it. You’re my San Fran daddy and I am your San Fran son. Deal?”

KQED posted new tributes on its website through Dec. 16. For Veltman, who’s edited just about every profile, “it’s been really harrowing.”

“There were a lot of couples who died together,” Veltman said. “You read about these two young people who loved each other so much. There was one couple who had this wonderful date in New York City together, and they just died in each other’s arms in the fire.”

As online editor, Meline has inserted SoundCloud files, YouTube embeds and other digital elements showcasing art and music by those who died. “Any reporter will tell you this when you start combing through that stuff, your heart breaks all over again.” Meline said.

KQED video producers with animation skills made a video that brought together individual sketches of each victim in a single image. The ad-free pages will stay up as a living memorial and space for readers to comment, said Siouxsie Oki, communications and engagement manager for KQED Arts.

Musiker wrote a tribute to 17-year-old Draven McGill. During a memorial concert, students at McGill’s school performed pieces from Brahms’ German Requiem, and Musiker became teary-eyed. “There was one empty space,” Musiker said of the choir’s formation. “They didn’t block that out.”

Victim Jenny Morris stands out in Meline’s thoughts. Meline embedded a video of her playing a song on her ukulele for a relative. “That hit me really hard, because for as much as we talk about the people who died in the fire as being a tight-knit community, seeing her sing this sweet song on the ukulele reminded me it could have been anyone,” Meline said.

In fact, two days after the fire, Meline posted “It Could Have Been Any One of Us,” an essay that gathered 400 comments from readers and was shared widely on social media. He read the essay over music by Them Are Us Too, a band that lost one of its members in the fire, on WNYC’s The Takeaway and at a local benefit concert.

Moving forward, KQED editors say they expect the news and arts departments to collaborate and plan to continue coverage of the economics and conditions of where artists live. They also note that the tragic story of Ghost Ship reflects broader challenges that local artists face in securing safe, affordable housing in one of the nation’s priciest markets.

“You don’t have great cities without art,” Musiker said. 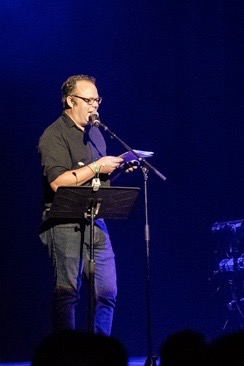 Meline reads his essay at a benefit event for victims of the Ghost Ship Warehouse fire. (Photo: KQED)

Meanwhile, KALW is planning a live performance in April that will remember the lives lost in the Ghost Ship fire and celebrate the artists of East Oakland.

Editors say they expect the community to respond to the disaster creatively.

“Right now, most people are just in shock and grief,” Veltman said. “We’re going to start to see an outpouring of art made about the fire, about the people who were lost. We’re talking about curating those pieces eventually and maybe finding more ways to curate the work of some of the artists that aren’t around anymore.”

Reporters and editors add that the work of covering the fire has been therapeutic, but some still carry a heavy burden.

“Occasionally my brain will slip into what it must have been like for the people trapped inside there as the fire was approaching,” Meline said.