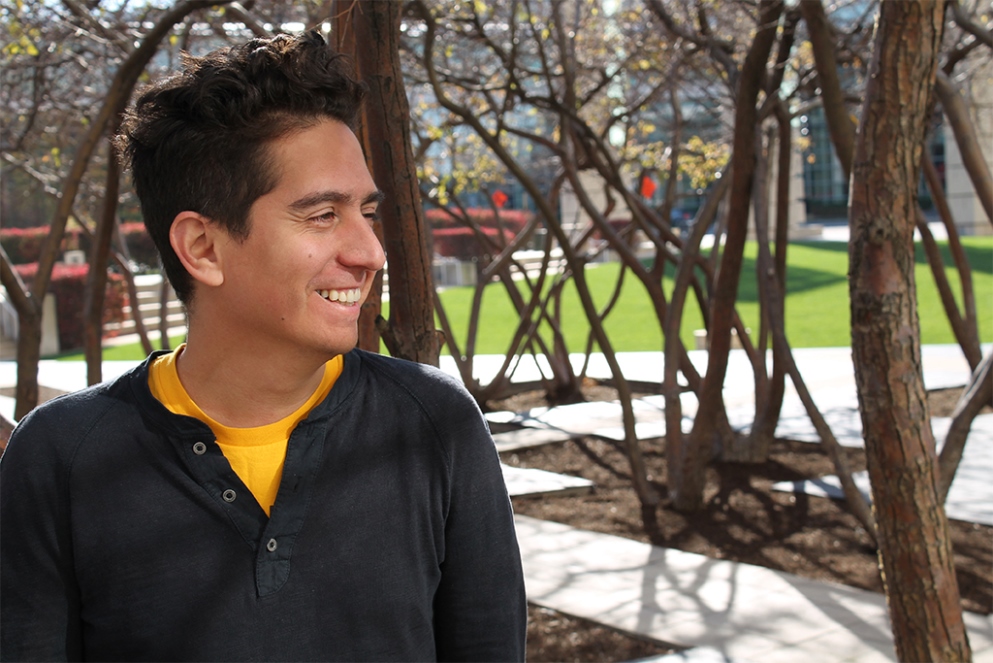 Radio Ambulante, the Spanish-language narrative podcast that tells stories of Spanish speakers across the Americas, is joining NPR’s stable of podcasts this month.

NPR will distribute, market and promote Radio Ambulante on its website, through the NPR One app and on iTunes and other podcast platforms beginning with the program’s season premiere Nov. 22. The formal announcement was preceded by an NPR marketing push for the show at the Third Coast International Audio Festival conference, with a network-sponsored happy hour Saturday in Chicago.

“We knew we had to grow, but we didn’t know exactly how we were going to do it,” podcast founder and executive producer Daniel Alarcón told Current at the conference. Other public media and commercial radio organizations were interested in partnering with the show, but Alarcón went with NPR due to “a lot of shared value and a lot of chemistry, particularly our commitment to good storytelling and to good journalism.”

The show will release new episodes weekly, with 26 total episodes in its first NPR season. It will collaborate with other NPR programs like Code Switch, Alt.Latino, Embedded and Latino USA, with Radio Ambulante reporters appearing on those programs and the flagship newsmagazines when their stories intersect with coverage. Radio Ambulante’s deep connections in Latin America also give its reporters access to areas where NPR lacks correspondents.

As an example of what that collaboration will look like, NPR spokesperson Isabel Lara pointed to an upcoming episode featuring NPR Code Switch reporter Adrian Florido reflecting on his coverage of the Orlando Pulse nightclub shooting.

Launched in 2012 with a Kickstarter campaign, Radio Ambulante has been an independent production for most of its run. In the show’s early years, Alarcón worked out of San Francisco’s KALW studios; he’s now based in New York, with co-workers scattered in Ohio, Puerto Rico, London, Mexico City and Bogotá, Colombia. In 2013, the show partnered with Public Radio International with a grant from PRI’s New Voices Fund and produced English-language stories for PRI’s The World. That partnership lasted a year, and the show reverted back to independence.

Alarcón and his producers have long described the program as “This American Life in Spanish.” In 2014 the show was awarded the Gabriel García Márquez Prize for Innovation in Journalism.

According to Alarcón, analytics and surveys have shown that a third of Radio Ambulante’s listeners live in Latin America, a third are Latinos living in the U.S., and the rest are non-Latinos in the U.S. “It’s a really interesting three-legged stool,” Alarcón said, noting that he sees all three groups as primed to expand.

NPR has no plans to offer Radio Ambulante to member stations as a broadcast show. The program has aired on terrestrial radio throughout the Americas, but it ended those efforts in preparation for exclusive distribution by NPR. Alarcón said terrestrial radio is no longer as high a priority for the program as it once was.

“We tried really hard with the radio stations, but there were a bunch of things that were problematic,” he said, citing radio’s relative lack of listener metrics as a hurdle. “It was like shouting into a cave. We didn’t really know what was coming back.”

One of the goals of the show is to bring more Latino listeners to NPR.

“It’s a bit of a radical move on NPR’s part, I think, to invest in a Spanish-language podcast in the United States,” Alarcón said. “But the value of a project like ours is tied into the mission of NPR. Public radio, that word ‘public’ — they don’t cease to be the public just because they speak another language. They’re still part of the American conversation.”